House OZ is located in Aktur Tourism Complex in Datça. The Complex has preserved its spatial value for more than forty years. It’s designed like a traditional rural campus with its social and public elements. Although it preserves its architectural value in the scale of the layout, it has been revised by the users due to the wear of the building-scale materials over time. 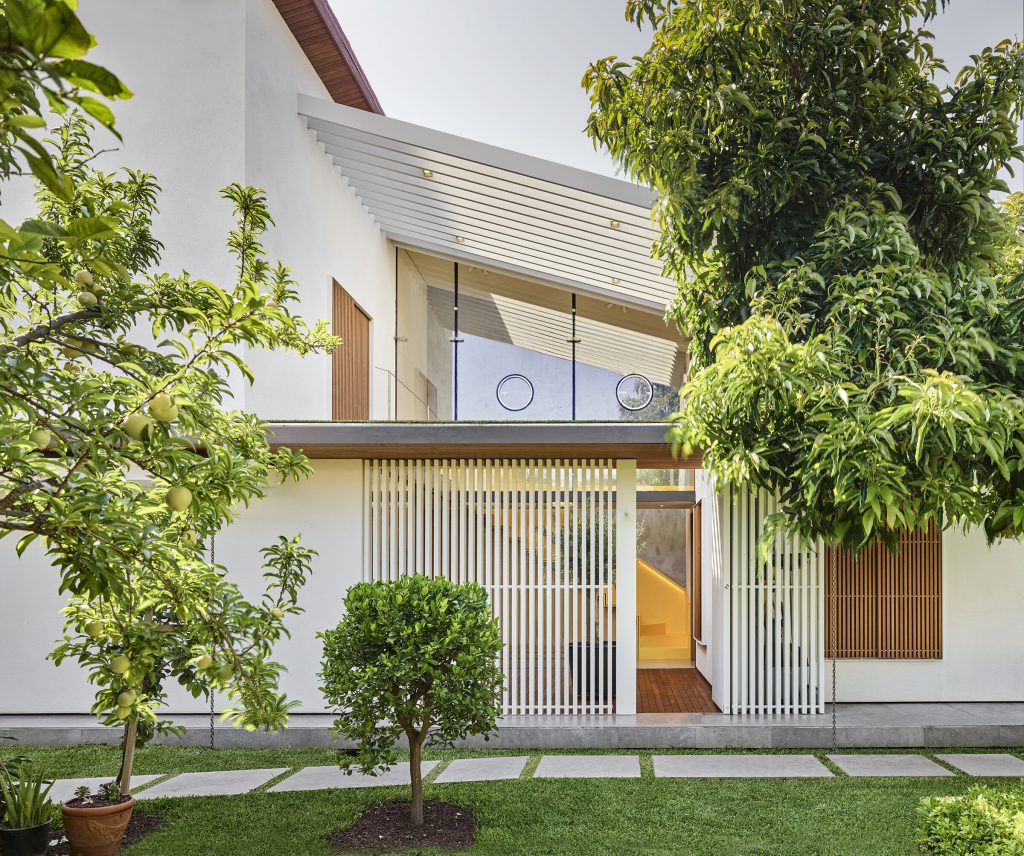 Aktur Homes have preserved its originality from the date of its first construction to the present day. For this reason, designing the interventions following the original has been the priority in the re-designing process. In line with the family’s demands to spend the winter season here, the adaptation of the building to climatic conditions has also become a design element in the process. 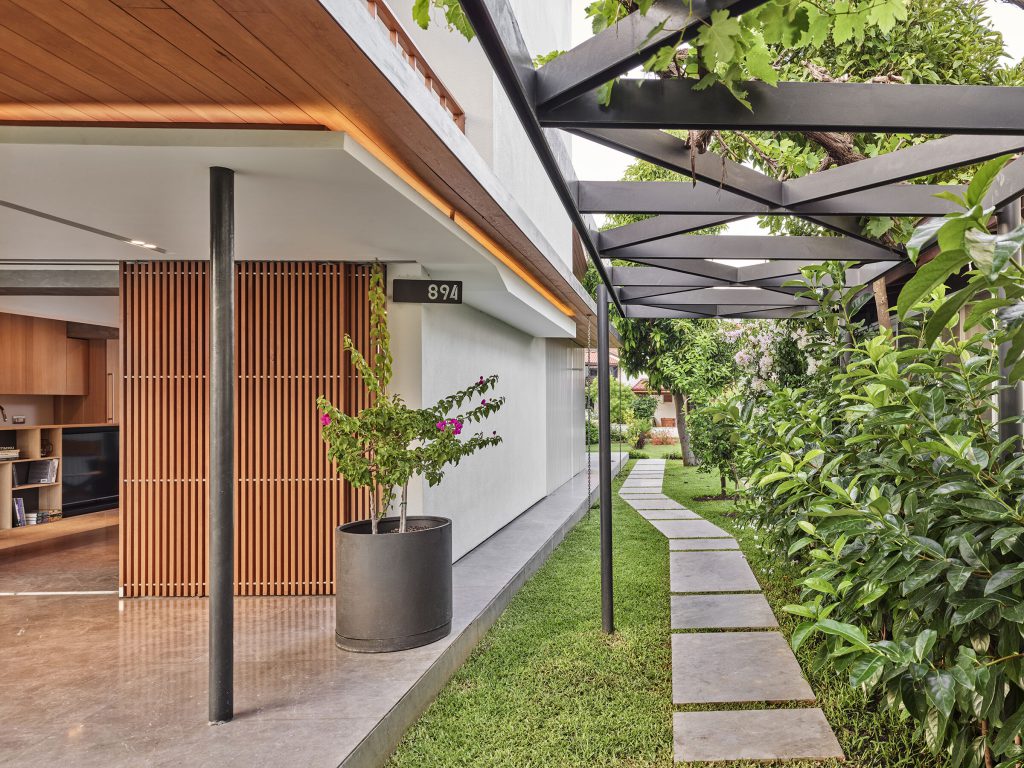 Arrange the living room and dining table on the outdoor patio. 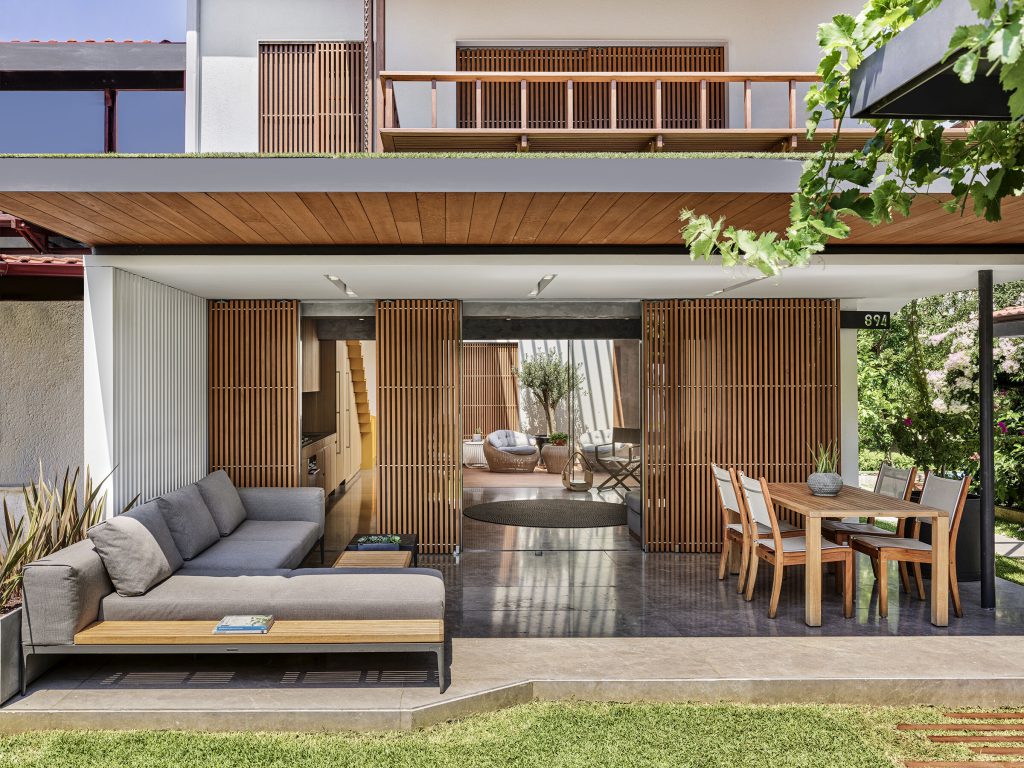 .The current house is a medium-sized house with a living room, kitchen, courtyard, and two bedrooms. The living area, designed with the kitchen on the ground floor, is detached from the bedroom on the same floor through a courtyard, and from the edge of this courtyard, the upper floor bedroom is reached by a staircase. Thus, the courtyard provides both the organization of all spaces and natural light and natural ventilation of the spaces. 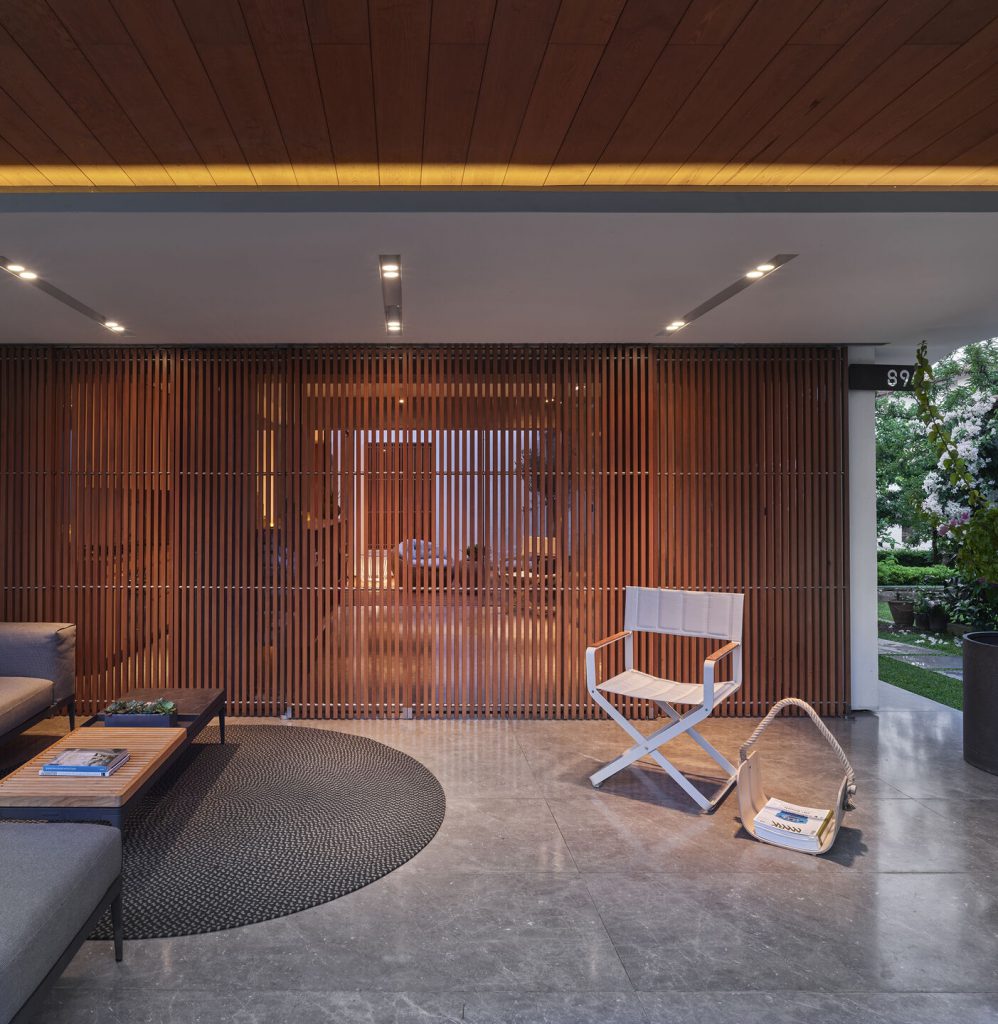 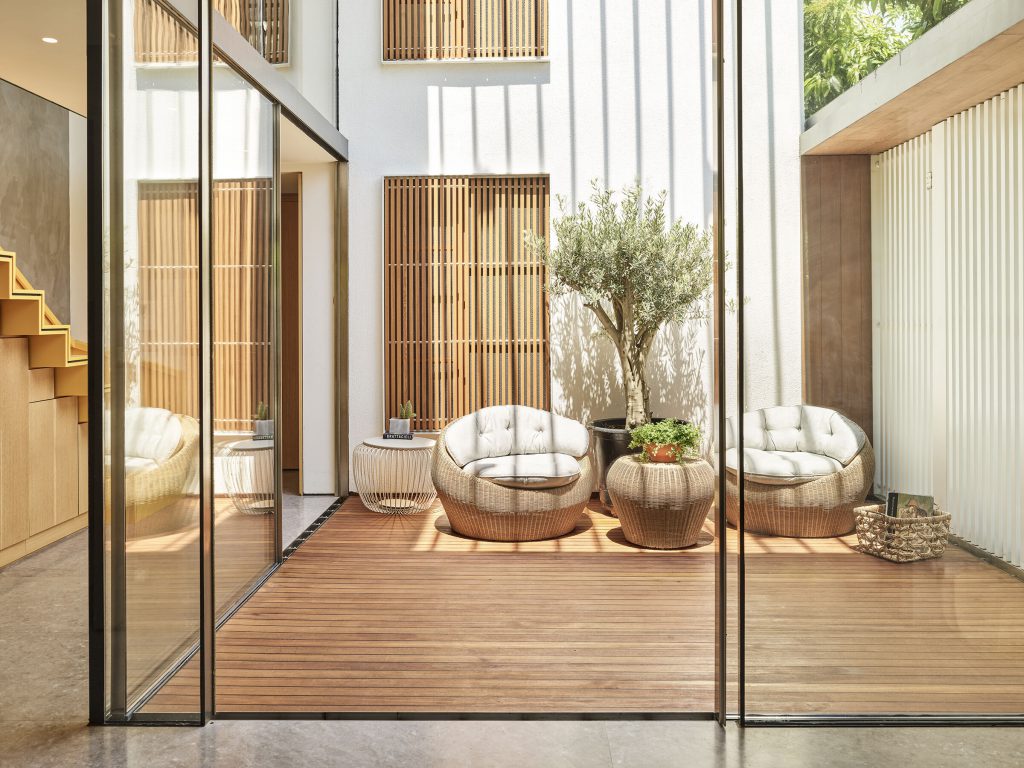 The building itself was also very useful spatially in its current form so that new organization on the plan and additions which would disrupt the existing spatial organization were carefully avoided. During the design process, considering that the building will be experienced in the winter season, the light and insulation problem of the rooms has emerged as one of the primary problems. 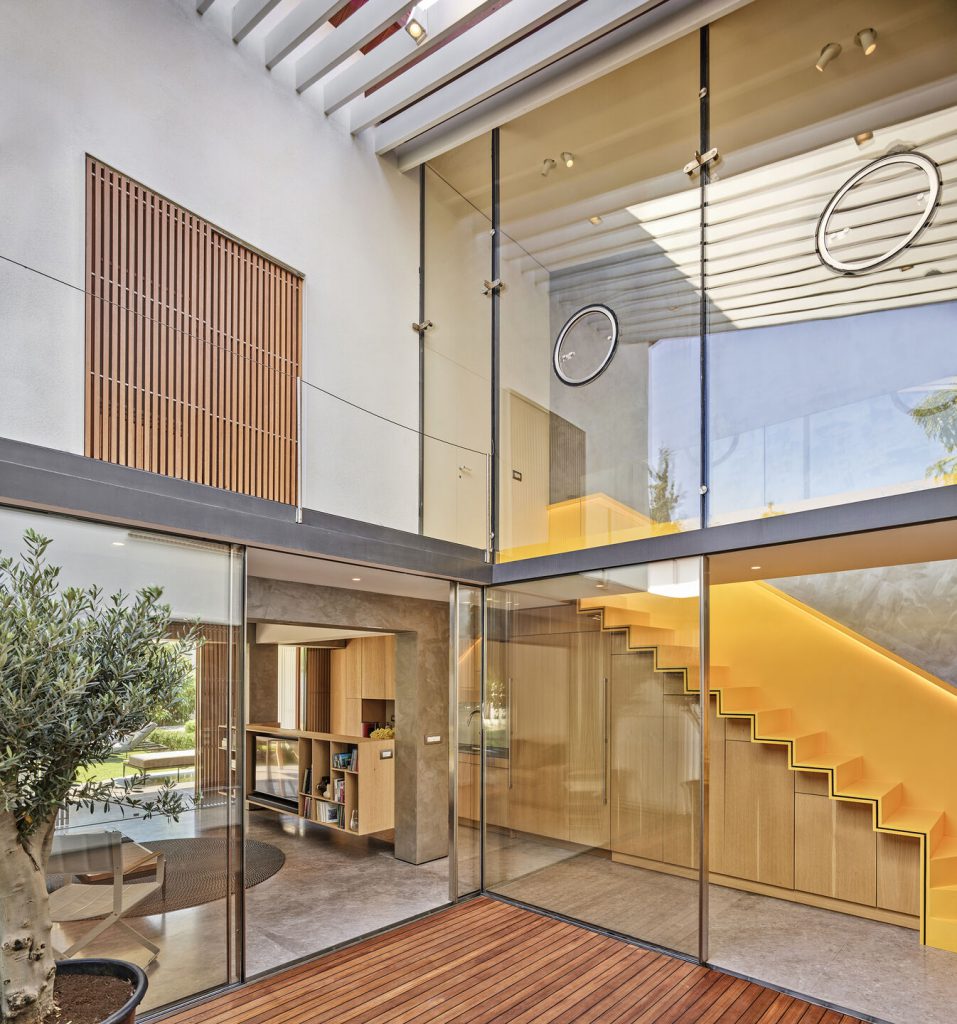 It is aimed to use the space itself more effectively and in conjunction with the inner courtyard, especially without increasing the hall area. To achieve this, the wall between the inner courtyard and the hall was removed and a glass divider was installed. 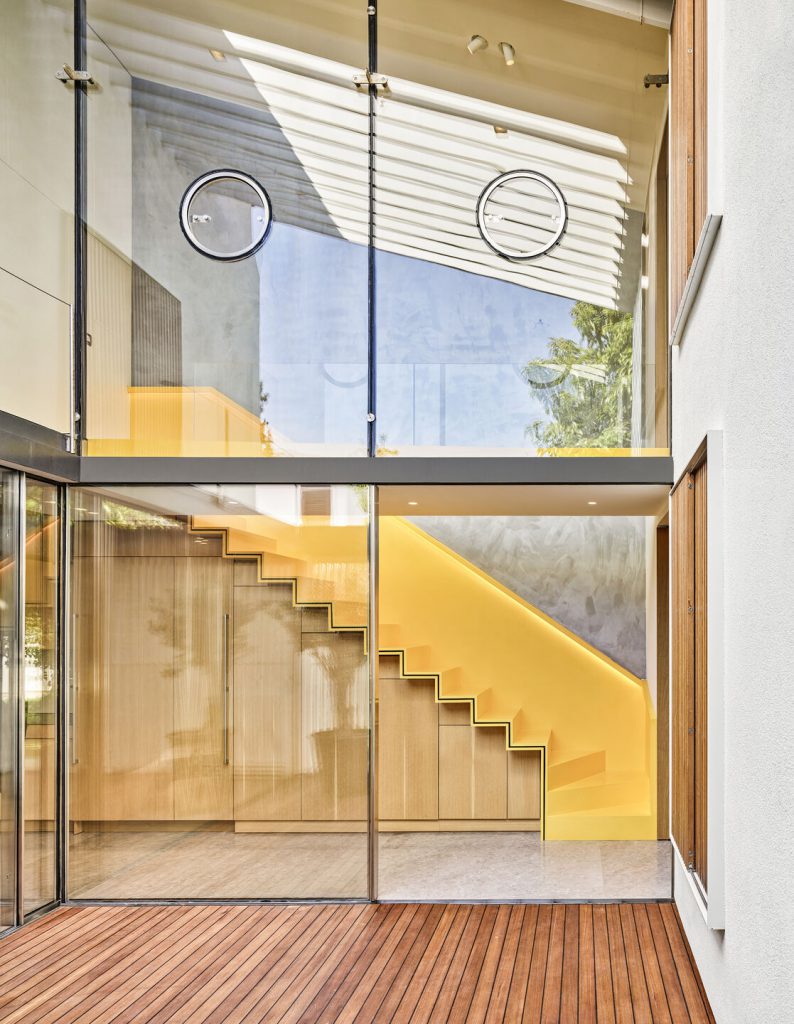 As a result of this intervention, continuity has been created between the hall and the inner courtyard. The staircase, which was designed to preserve the spatial integrity at the plan level, was also designed in a contrasting appearance to make its presence felt in the space. 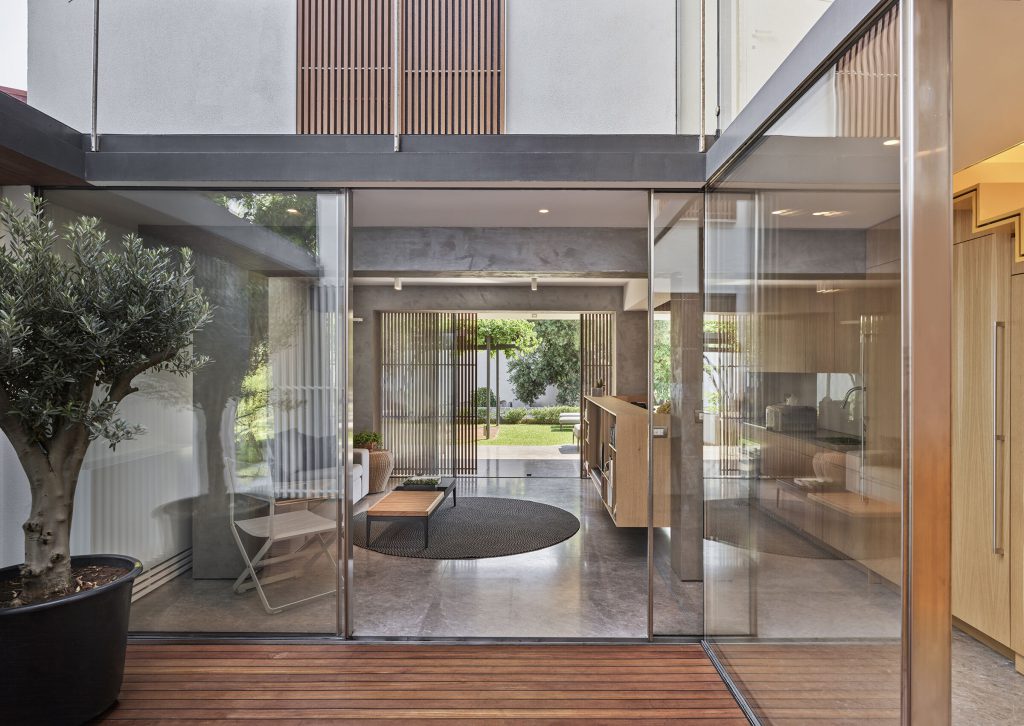 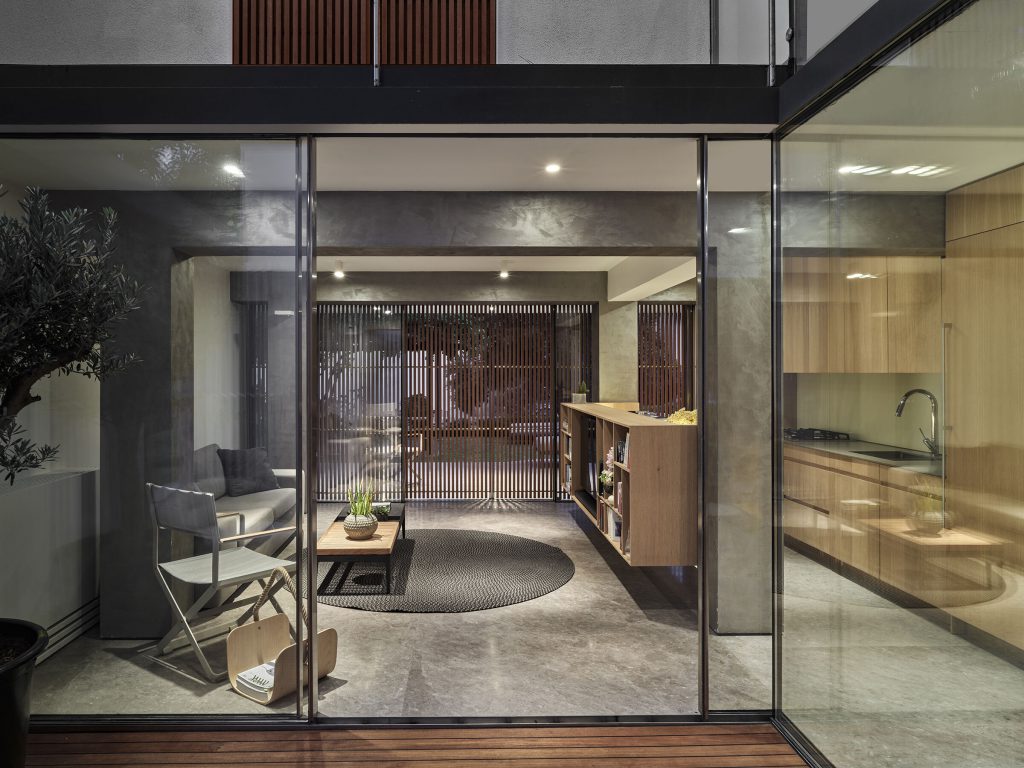 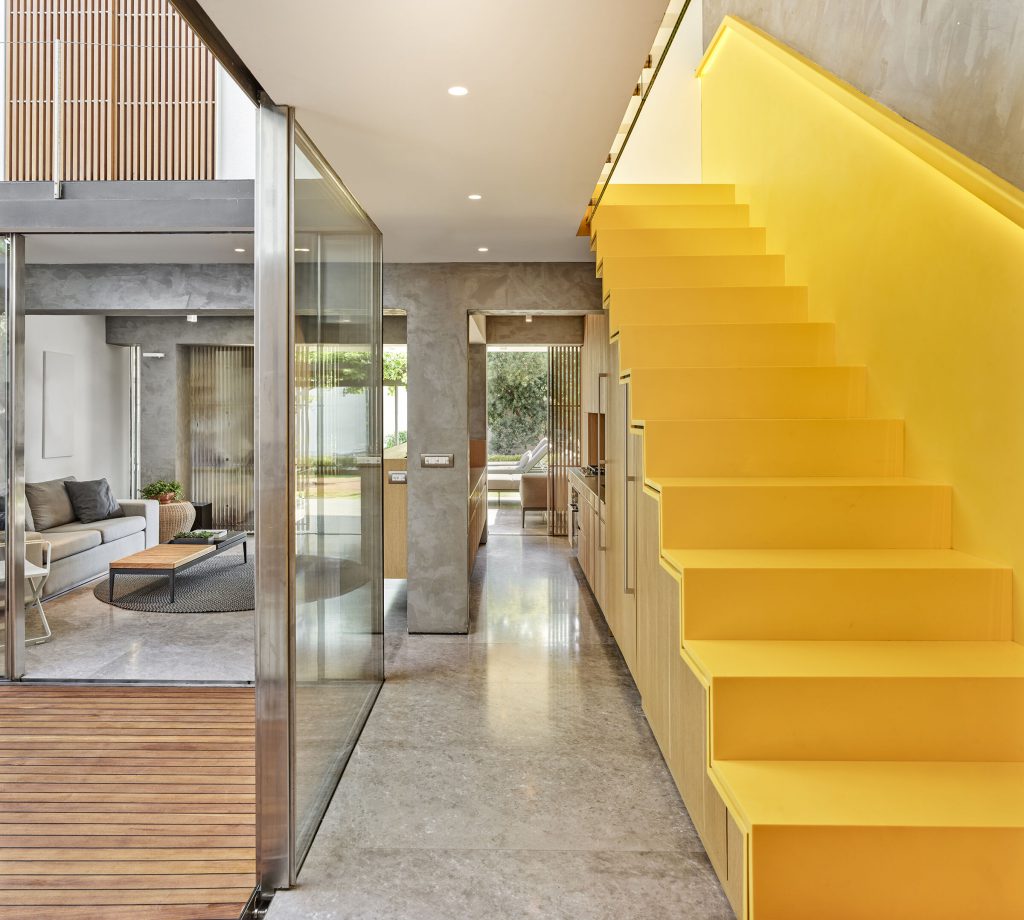 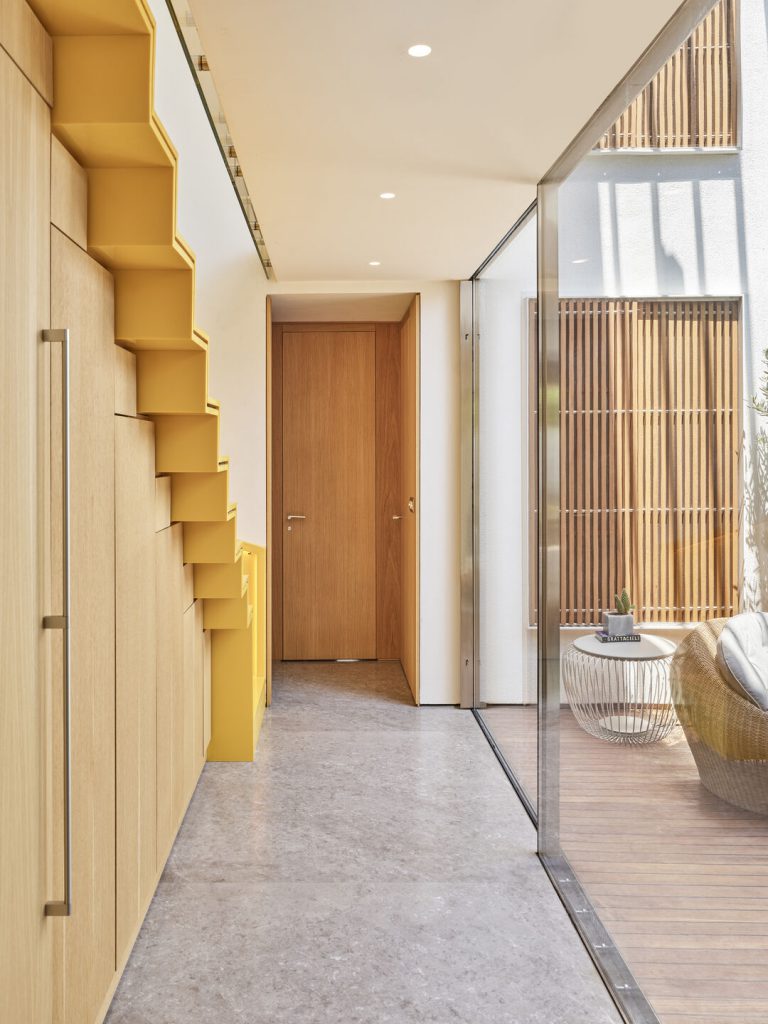 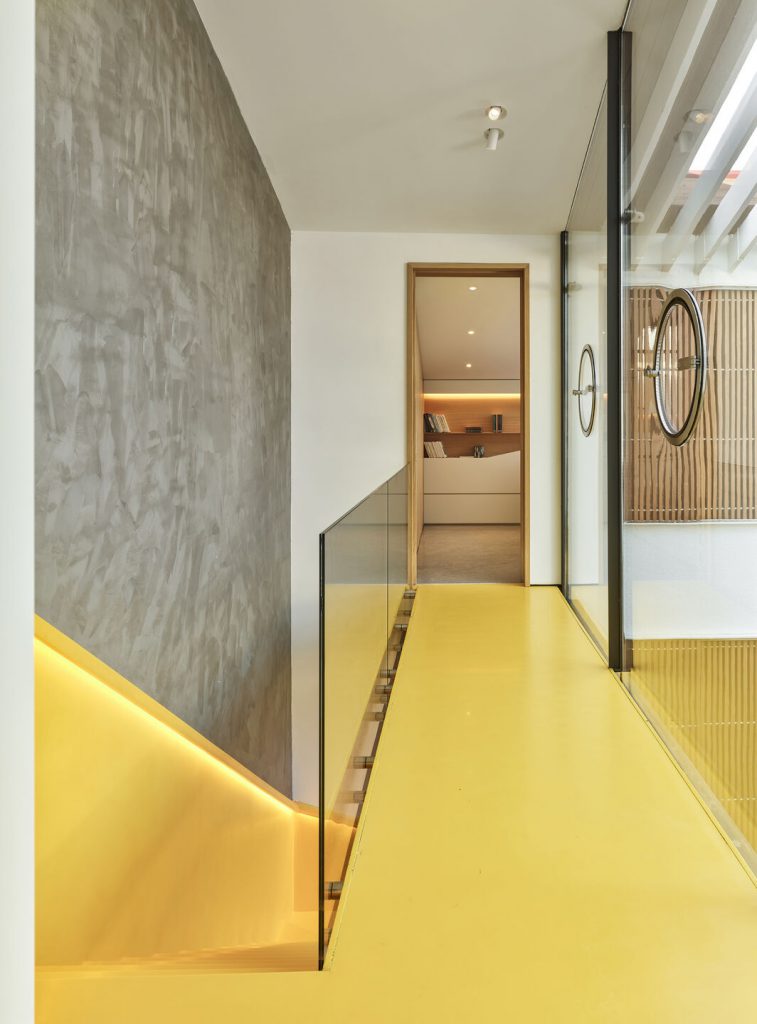 This contradiction, apart from separating the units in the space, connected all the spaces in the building vertically. In this way, more spacious experiences are provided with continuity between the small units of the house. 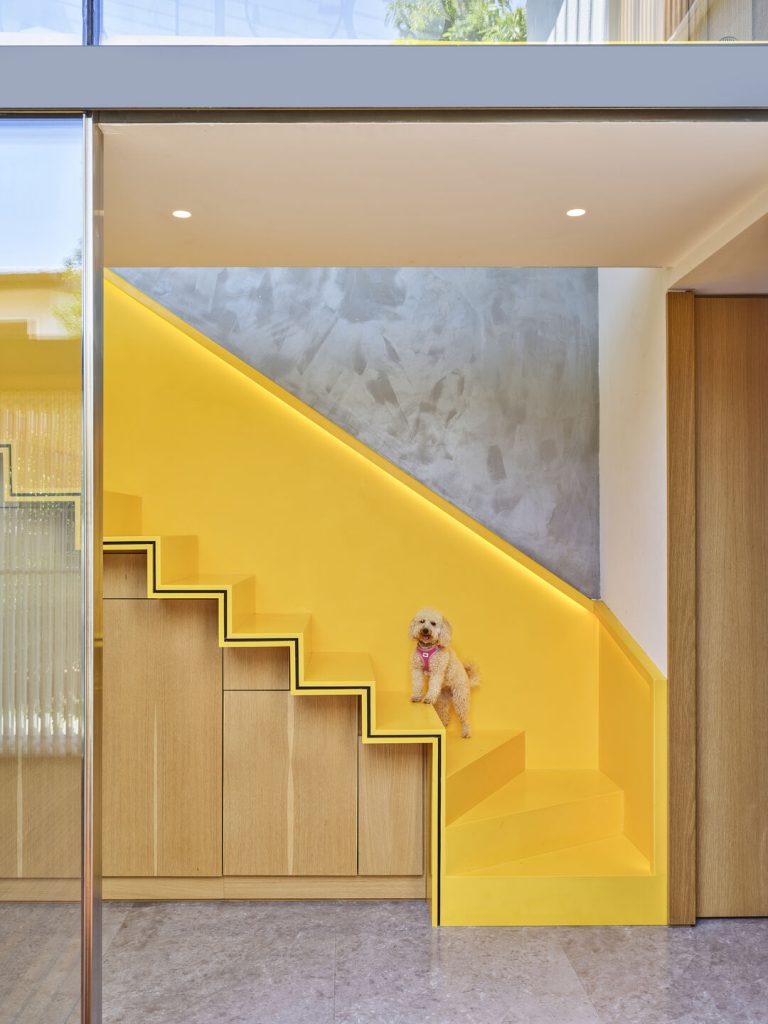 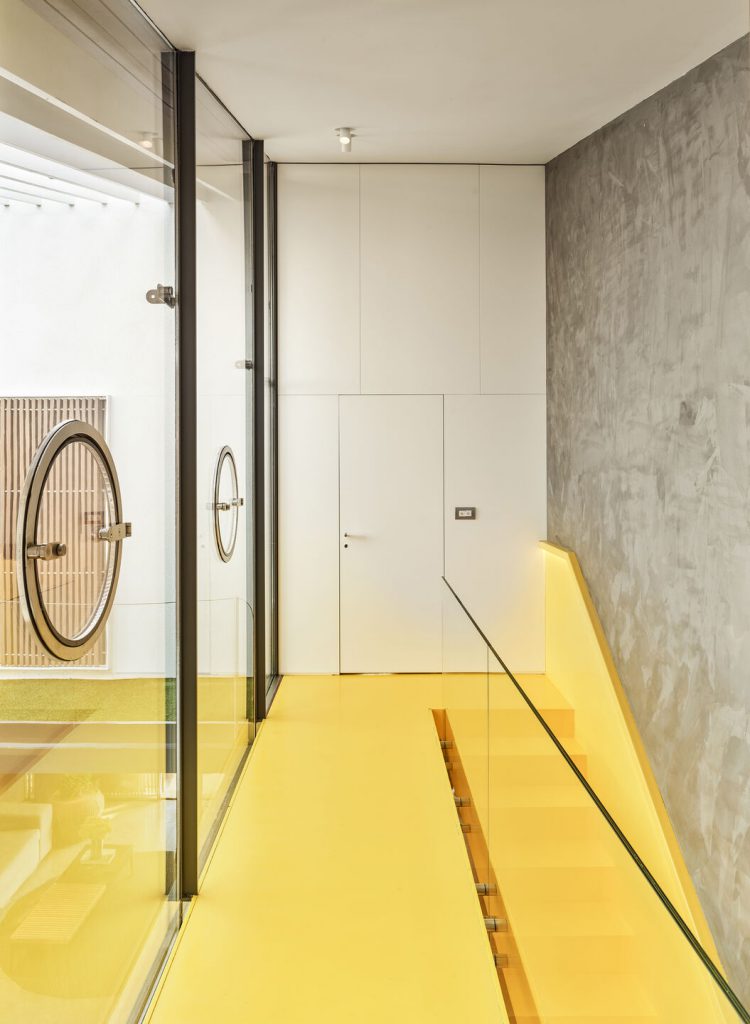 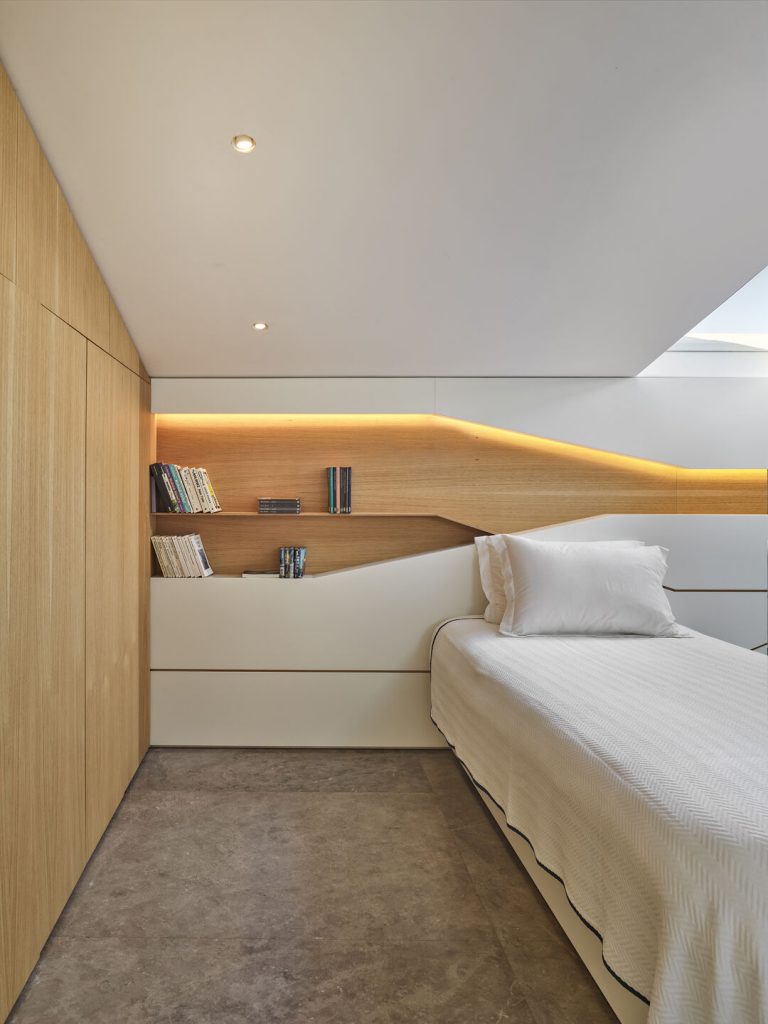 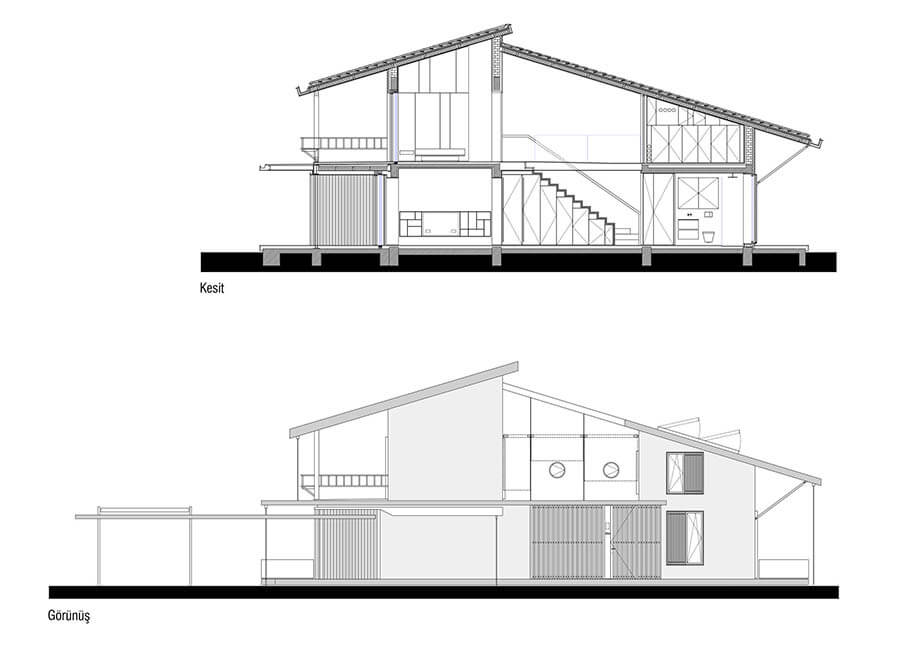 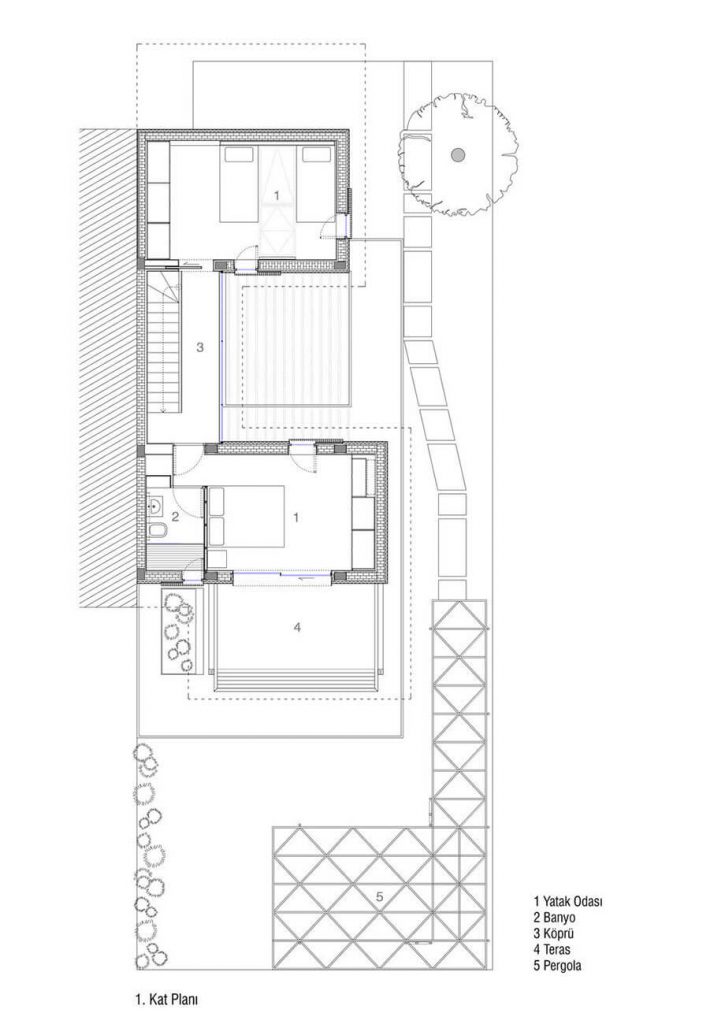 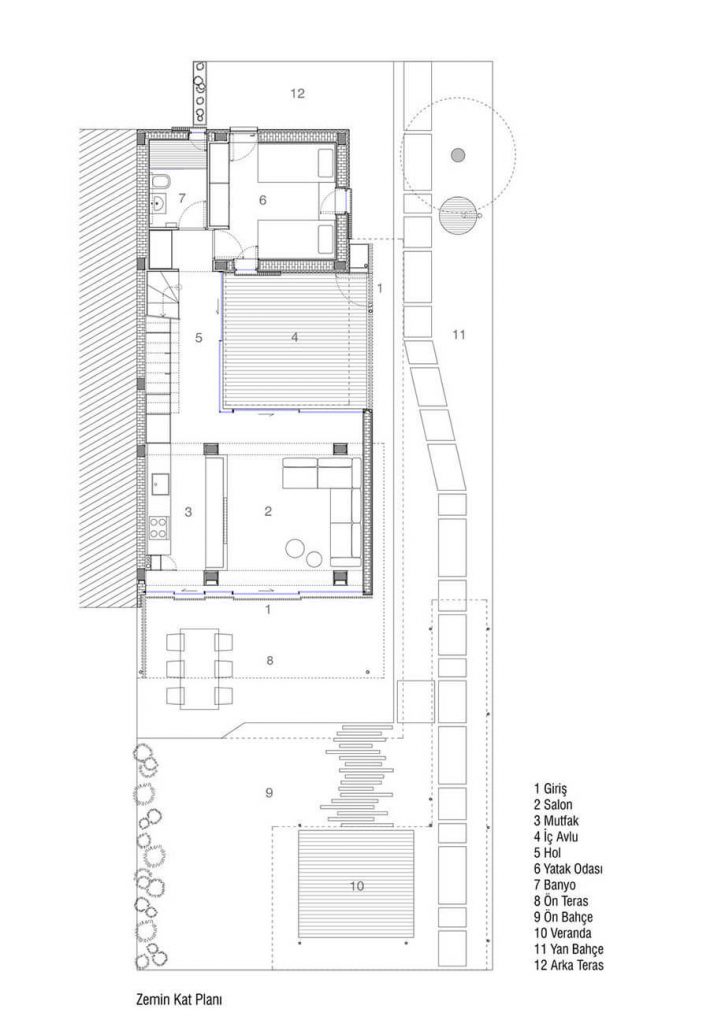 Copyright © The Design Spy All Rights Are Reserved.

We try our best to attribute images, videos, and quotes to their creators and original sources. If you see something on The Design Spy that is misattributed or you would like removed, please contact us. The Design Spy participates in affiliate marketing programs and may earn a commission on sales through links to Bookshop, Society6, and various book publishers. See our Terms of Service and Privacy Policy.