You can travel back in time through a city simply by looking at its architecture. From London’s royal residences and Rio’s favelas to New York’s skyscrapers and Bangkok’s superstructures, the history of our urban centres is writ large in bricks and mortar, glass and steel.

But what about taking a time-travelling trip into the future? Dezinespy has visualised six of the world’s great cities as if all their most ambitious architectural projects have come spectacularly to fruition.

“The skyline of New York is a monument of a splendor that no pyramids or palaces will ever equal or approach.” So said Ayn Rand in her classic 1943 novel, The Fountainhead.

Most would agree that Manhattan’s silhouette is something special, and the city’s architectural ambition shows no signs of letting up – it’s already the second-tallest overall after Hong Kong. And should projects like the U-shaped Big Bend and the jaw-dropping Times Squared 3015 come to light, the Egyptian pyramids really will seem like sandcastles. 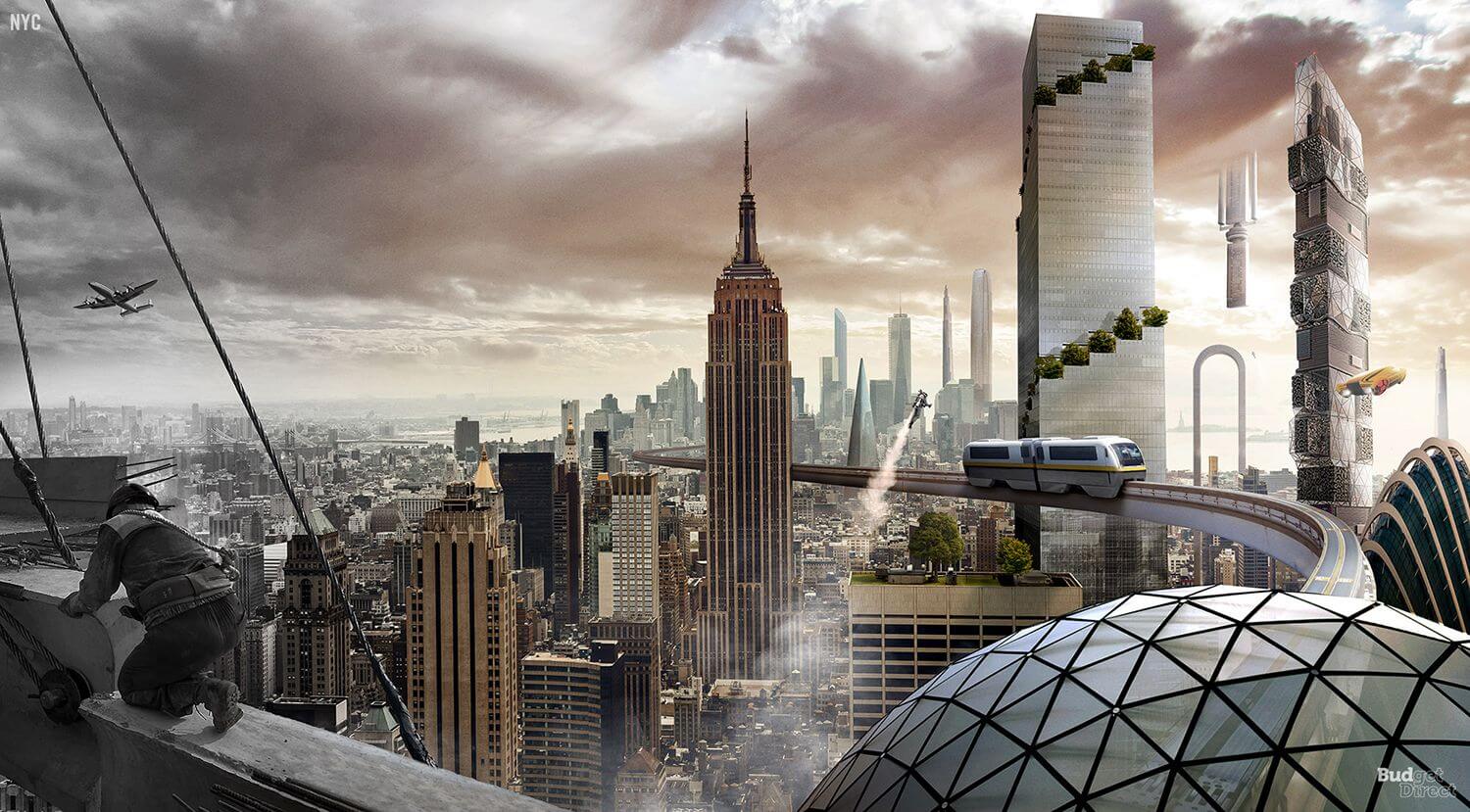 In Bangkok, life is lived in the streets. The city’s vernacular architecture, most iconically represented by the shophouse, is small-scale. Even its older statement-making structures – from the Royal Grand Palace complex to various beautiful temples (wat) – tend to be low-rise.

But since the unregulated building frenzy of the 1980s, the city now has nearly 600 skyscrapers. While the future will inevitably see more high-rises, cycle lanes cantilevered from Skytrain tracks, green spaces beneath highways and communities elevated above rising water levels all might have a place in the new ‘Venice of the East.’ 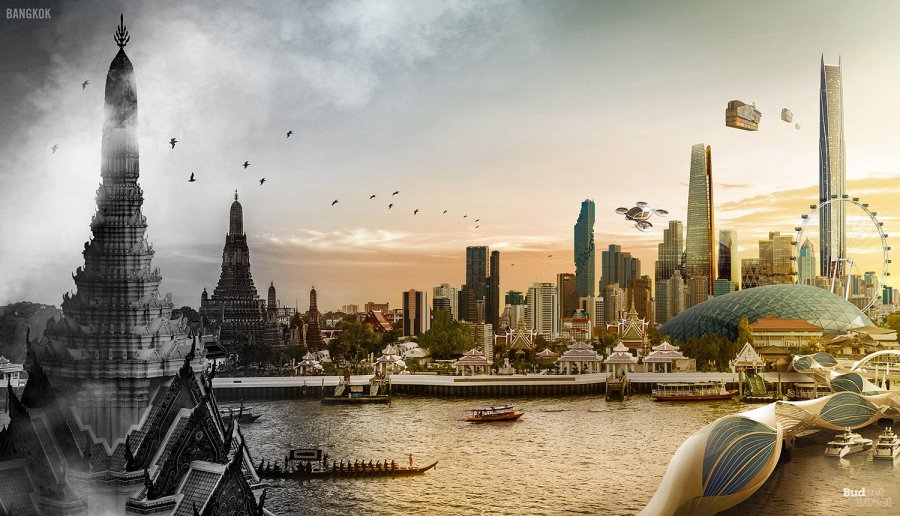 Dubai practically is its skyline. This city state seems to be as much about visible impact as it is about liveability. But the notion that Dubai emerged in the desert out of nothing isn’t quite right. Its older fabric includes the Al Fahidi Historical Neighbourhood, which dates back to the 1890s.

Since the start of its urban expansion nearly a century later, Dubai has gone stratospheric; projects that would be architectural pie-in-the-sky elsewhere have come true here. And the Burj Khalifa is really just the start. Perhaps the most stunning of Dubai’s potential future developments are the 75km Arabian Canal and the Dynamic Tower, all 420m of which will rotate. 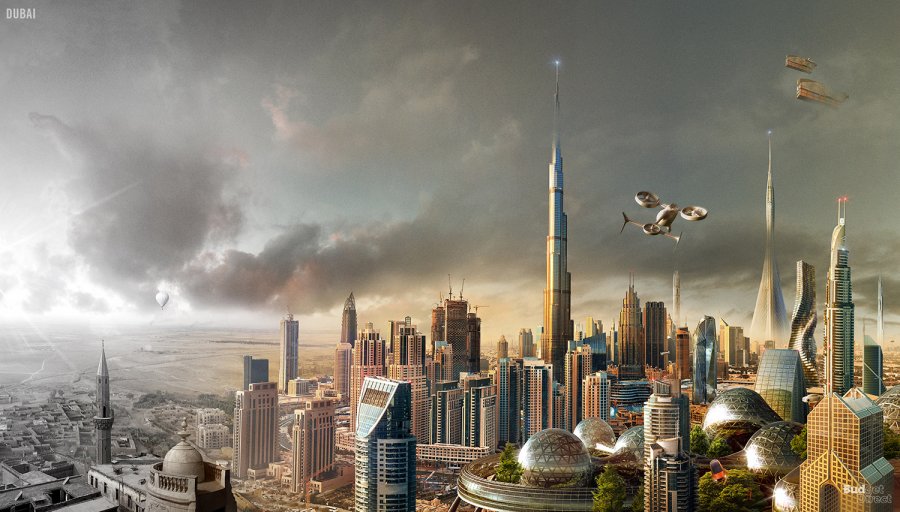 The Moscow skyline broods. At least, its older elements do, with the likes of onion-domed St. Basil’s Cathedral and the Kremlin, so familiar from spy movies and Cold War thrillers. But Moscow has moved on – or up.

The Soviet-era Seven Sisters were supposedly constructed by Stalin to compete with New York, and in 1992 work commenced on the Moscow City International Business Center project, which includes three of Europe’s tallest buildings. But even they would be dwarfed by Norman Foster’s outrageously ambitious Crystal Island project, which will be the largest structure on earth – if it’s ever built. 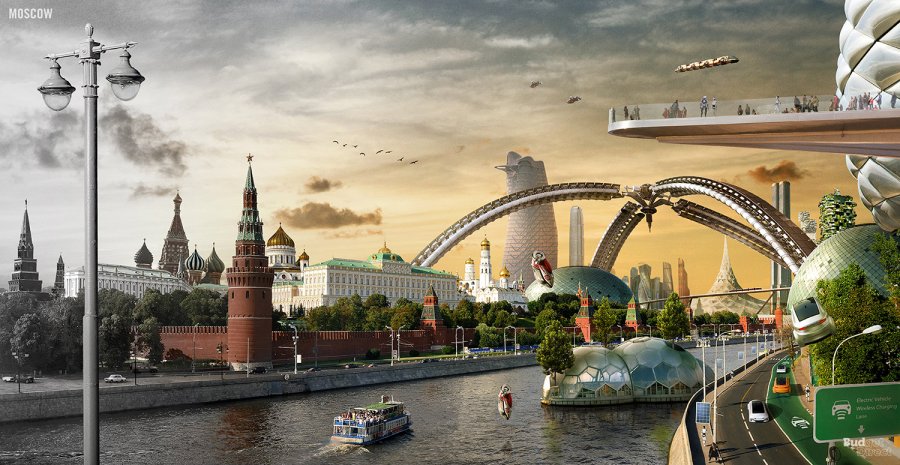 Between Sugarloaf Mountain and Christ the Redeemer, Rio is one of those instantly recognisable cities. And with classic buildings like the Copacabana Palace Hotel juxtaposed with modern masterpieces like the Museum of Modern Art, the city isn’t lacking for architectural variety.

The future of Rio sees it making use of its coastal location for marine farms and other island-based developments, while urban planners reckon that futuristic favela re-designs can provide healthy, walkable and self-organised living environments. 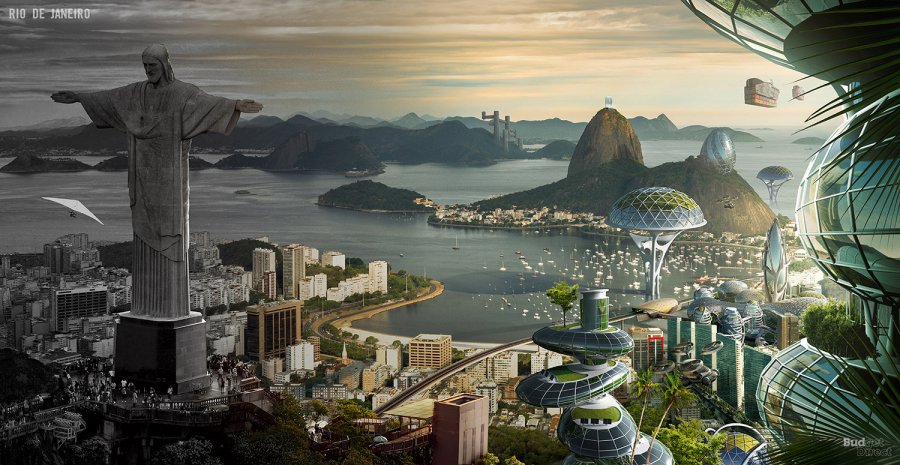 London is royal, London is religious and London is righteous – at least, that’s the story told by such iconic landmarks such as Buckingham Palace, Westminster Abbey and the Houses of Parliament. But the capital city has also become a haven for contemporary architecture.

You can give them quirky nicknames, but skyscrapers such as 30 St. Mary Axe (‘The Gherkin’) and 20 Fenchurch Street (‘The Walkie Talkie’) mean business. While the future is bound to hold a bevy of new, modern skyscrapers like Spire London, we’d like to see the Endless Vertical City come to life. 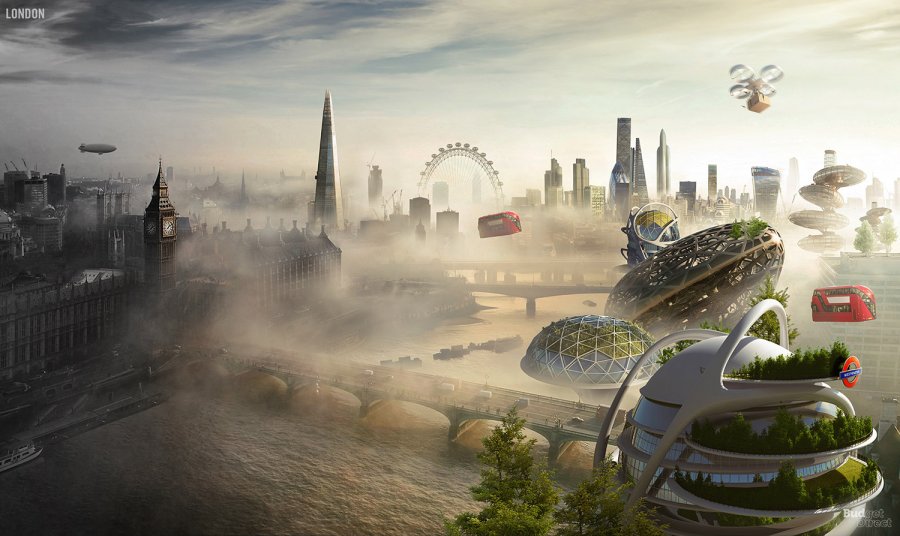 The Eiffel Tower, built for the 1889 World Fair, might be the most recognisable symbol of Paris, but it’s far from the only one. The city’s incredible pre-war architecture is on display, from Notre Dame and the Arc de Triomphe to the gorgeous buildings of Montmartre.

And while more contemporary developments like the Centre Pompidou can hold their own, will ‘farmscrapers’ and ‘smart’ green buildings dominate this iconic skyline in the future?

With historic buildings planted squarely alongside impossible-sounding new developments, our cities are about to get a lot more interesting. What might the future of your city look like? 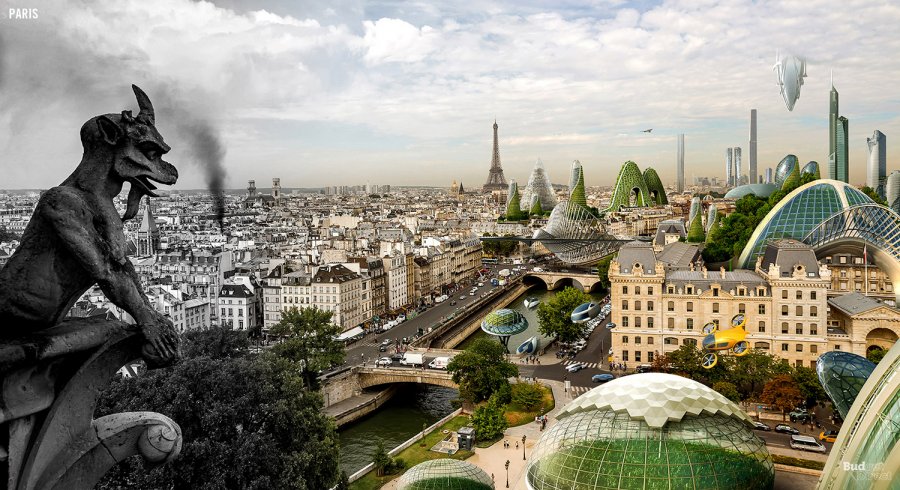 Merrick, J. (2014) Could this favela be the blueprint for how our cities should look by 2050? independent.co.uk

Aravani, F. (2018) London Visions: what does your future London look like? museumoflondon.org.uk

managing your own renovation: a...

loreal prystaj photographed herself in...

ABOUT US
Launched in February 2014, the dezine spy is an online magazine celebrating creative talent from around the world. Your daily fix of design, art, illustration, typography, photography, architecture, fashion and more.
Contact us: info@dezinespy.com
FOLLOW US
© © 2022 Inspiration Grid, all rights reserved. All images, videos, and other content posted on the site is attributed to their creators and original sources. If you see something wrong here or you would like to have it removed, please contact us.
Go to mobile version