Total
0
Shares
0
0
0
0
An archive of the UK’s nuclear legacy is housed inside this angular structure by Reiach and Hall Architects, which has been named Scotland’s best new building by the RIAS. 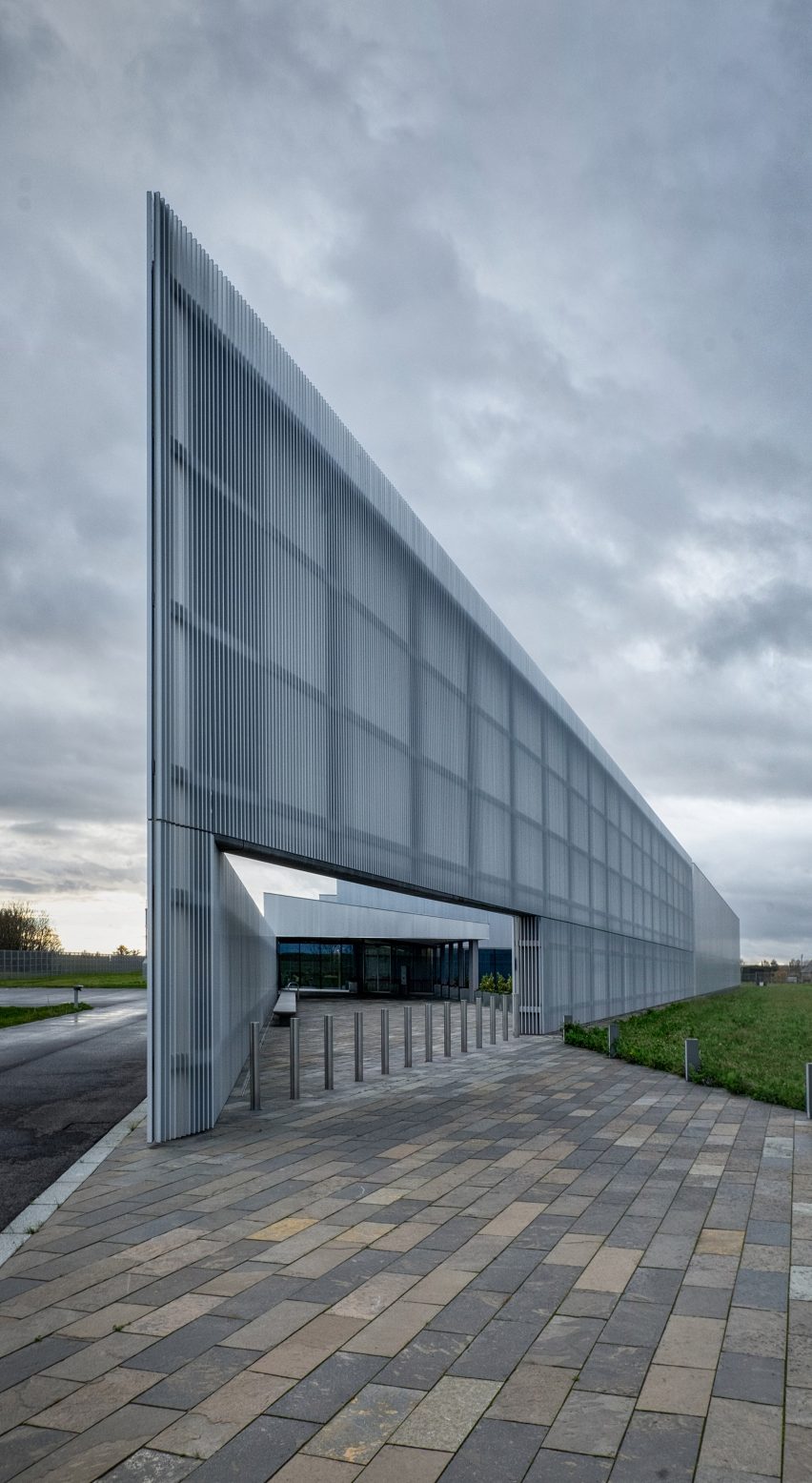 Located in Wick, in the north of Scotland, Nucleus houses the local archive of the country of Caithness, which is accessible to the public and dates back to 1589. 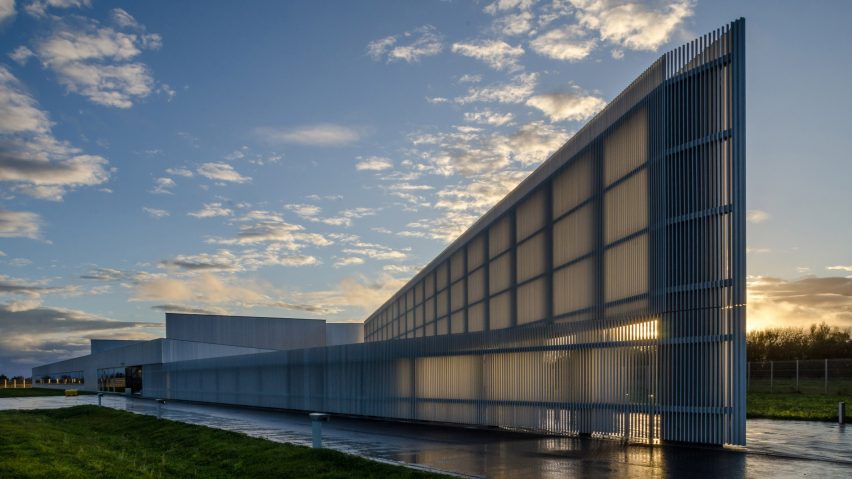 But it also contains the far more private archive of the Nuclear Decommissioning Authority (NDA) – the government body set up to manage the cleanup of the UK’s civil nuclear industry – including records, plans and photos from over 17 facilities across the country. 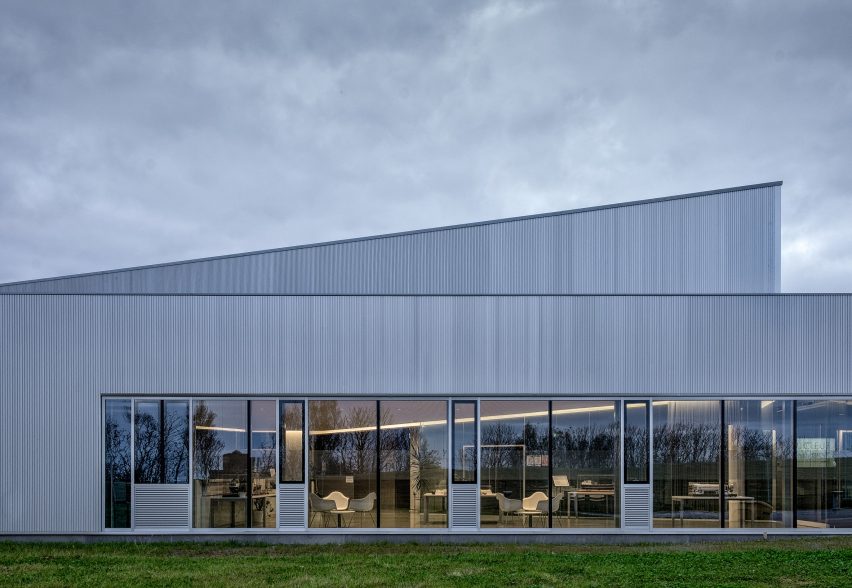 The building, which opened in 2017, was selected ahead of 11 other shortlisted designs to win the RIAS’s Andrew Doolan Award for 2018, announced at the new V&A Dundee on 7 November.
It was praised for being “an impressive industrial building which contributes to its context in this remote and challenging location in the far north of Scotland”. 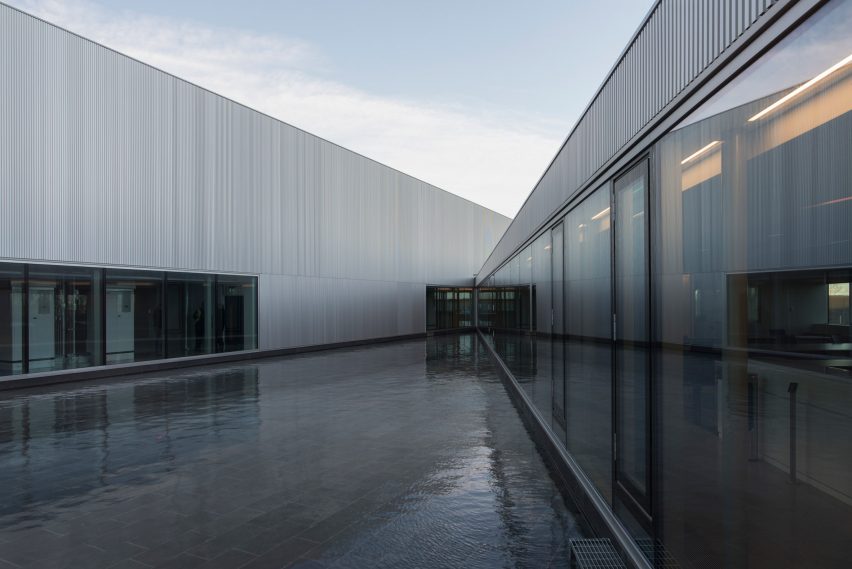 Commissioned by the NDA, the £21 million building sits on on a former RAF site in Wick. This area was chosen as it was deemed as being most affected by the decommissioning of nuclear power stations.
Dounreay Nuclear Power Station, located 30 some miles from Wick on the north coast of Caithness, was one of the area’s largest employers. It still employs some 2,000 workers in its ongoing decommissioning, a process that is expected to complete in 2030. 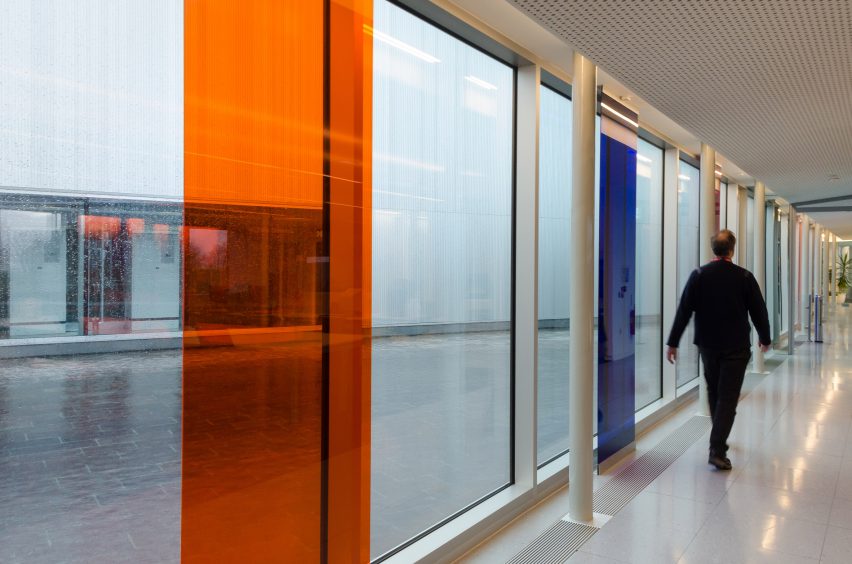 Reiach and Hall balanced the building’s two opposing functions in one large, triangular plan, placing a double-height, climate-controlled concrete archive block at the site’s western edge and a more porous block of public and administrative spaces at the site’s other end.
Much of the NDA archives are still being filled as material is collected and assessed from across the country. 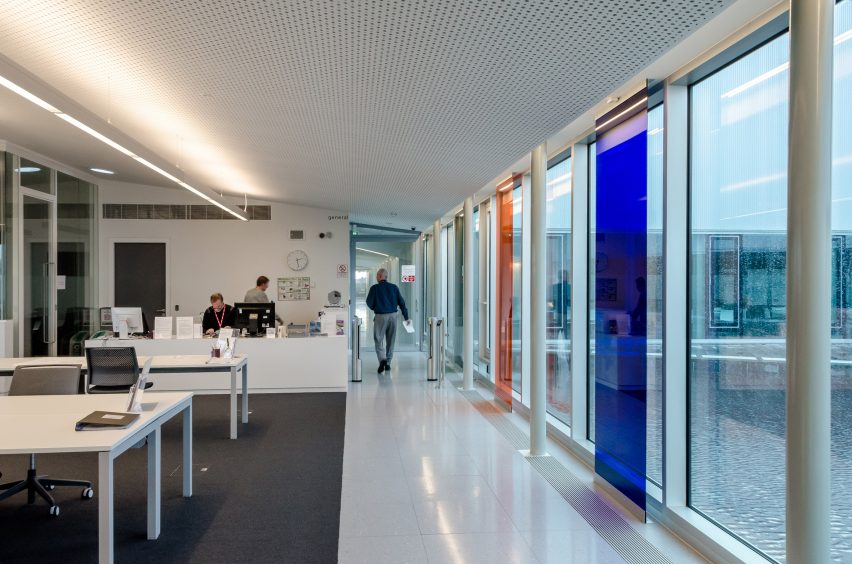 Entry is via the northern point of the plan, surrounded by vertical aluminium slats that leading to a glass entrance lobby and meeting room.
Moving deeper into the plan, depending on your security clearance, are reading rooms for the Caithness archives, administrative offices and, eventually, the NDA archives themselves. 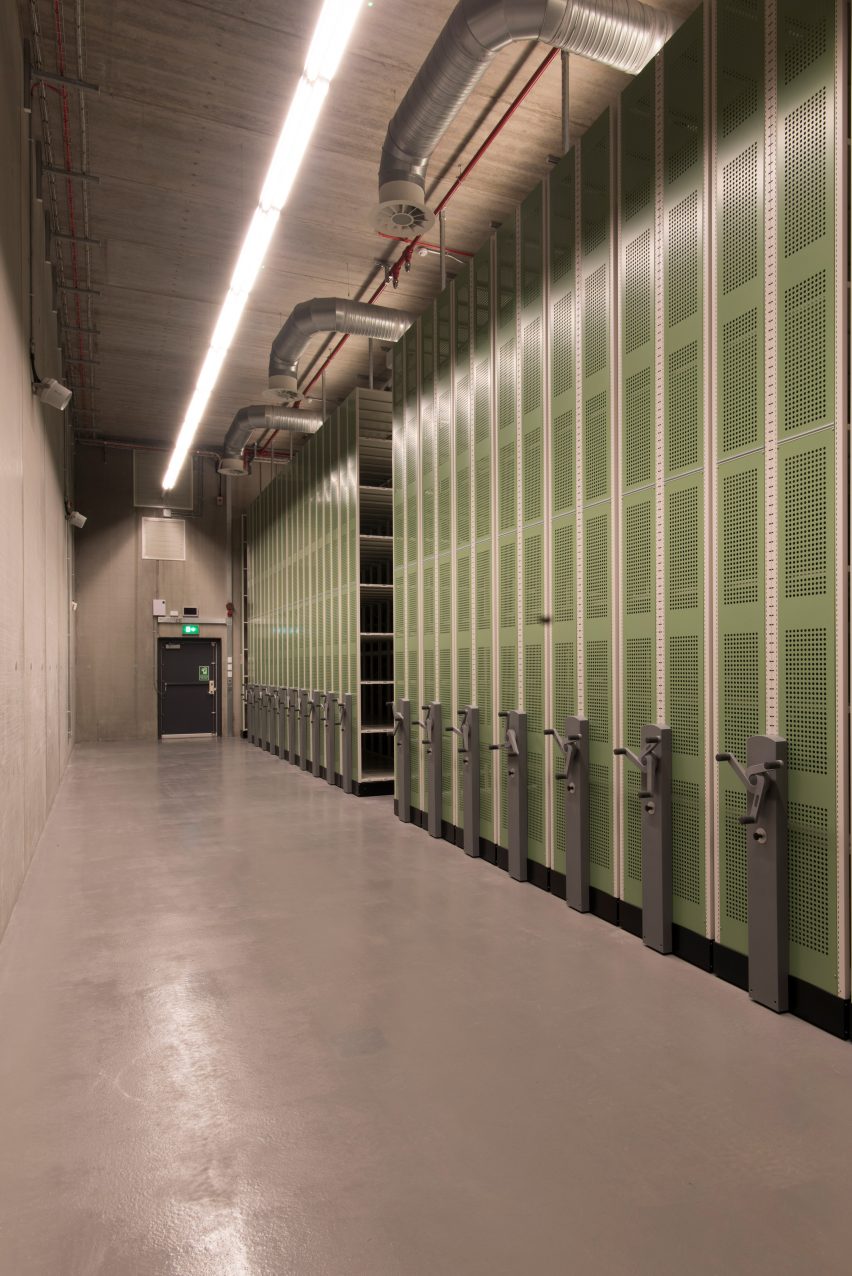 These spaces are arranged around a series of shallow triangular pools – inspired by the lochans of Caithness and finished in red Caithness stone – that draw light into spaces through a series of translucent coloured panels designed by artist Steven Aalders.
The architects describe the project as “exploring a cultural as well as a physical landscape”. Clad in silver anodised aluminium, from certain angles the complex appears as a simple low metal shed, subtly shifting as the light and angle changes. 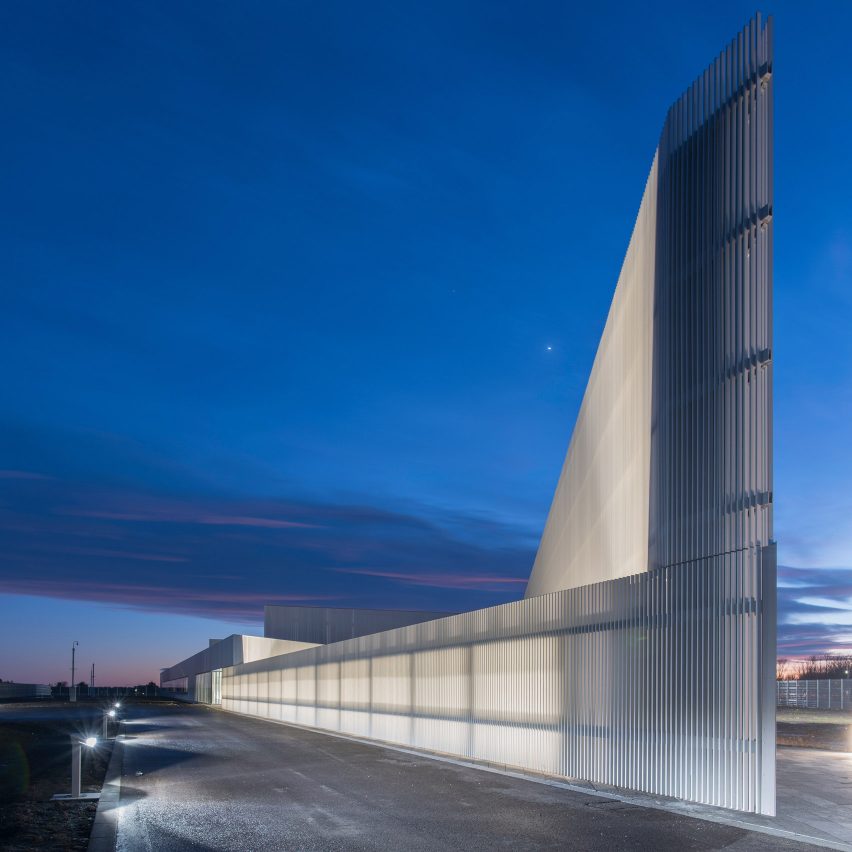 Based in Edinburgh, Reiach and Hall is one of Scotland’s most respected studios, led by design director Neil Gillespie. Past projects include the Maggie’s Centre in Lanarkshire and the Battle of Bannockburn Visitor Centre in Stirling.
The studio was selected for this year’s Andrew Doolan Award by Gordon Murray, Anna Liu, and Murray Kerr, who praised the building for giving “a sense of place where there was no context before”.
Other shortlisted buildings included Collective Architecture’s Barmulloch Residents Centre and PagePark’s St Cecilia’s Hall.
source
0
0
0
Share 0
Tweet 0
Pin it 0
Total
0
Shares
Share 0
Tweet 0
Pin it 0
Share 0