Aramness Gir, a luxury safari lodge, is the culmination of collaborative design between Fox Browne Creative and Nicholas Plewman Architects. 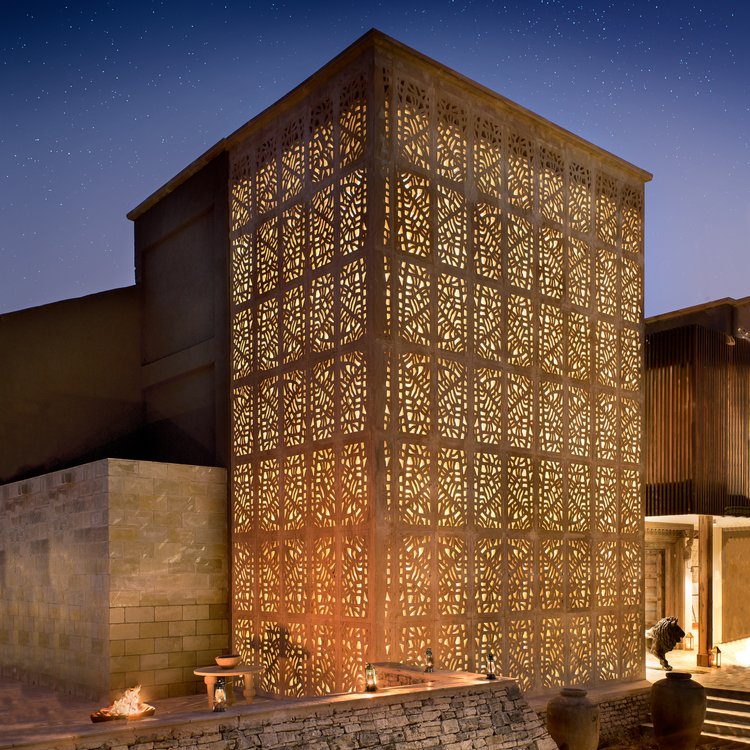 The brief was to create the best Jungle lodge in India showcasing the very best of Gujarat. The region of Sasan Gir is not on the traditional tourist route in India so the lodge had to stand out among the variety of luxury products on offer in other regions. Having built several lodges together across the globe, Nicholas Plewman Architects and Fox Browne Creative could apply a different mindset to the design approach in this wilderness location. 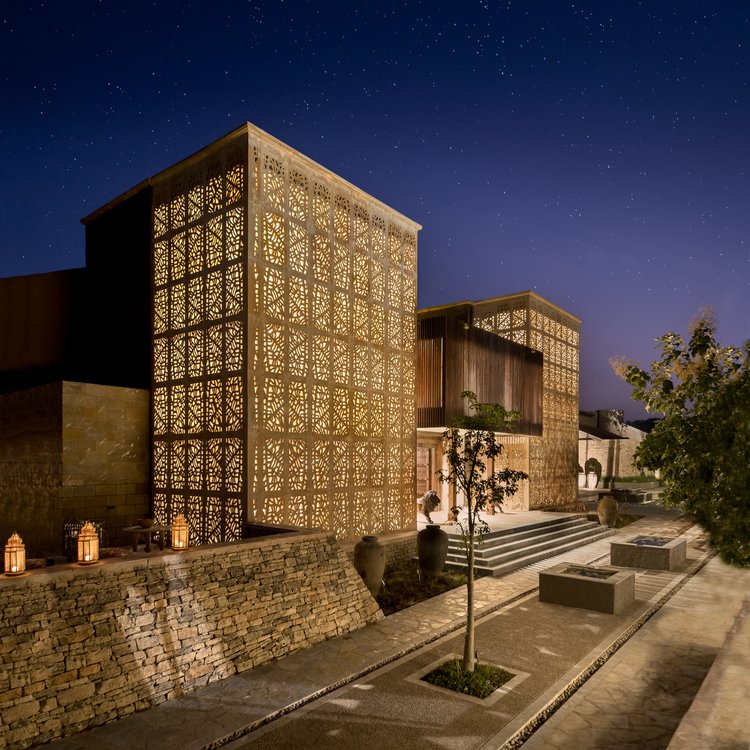 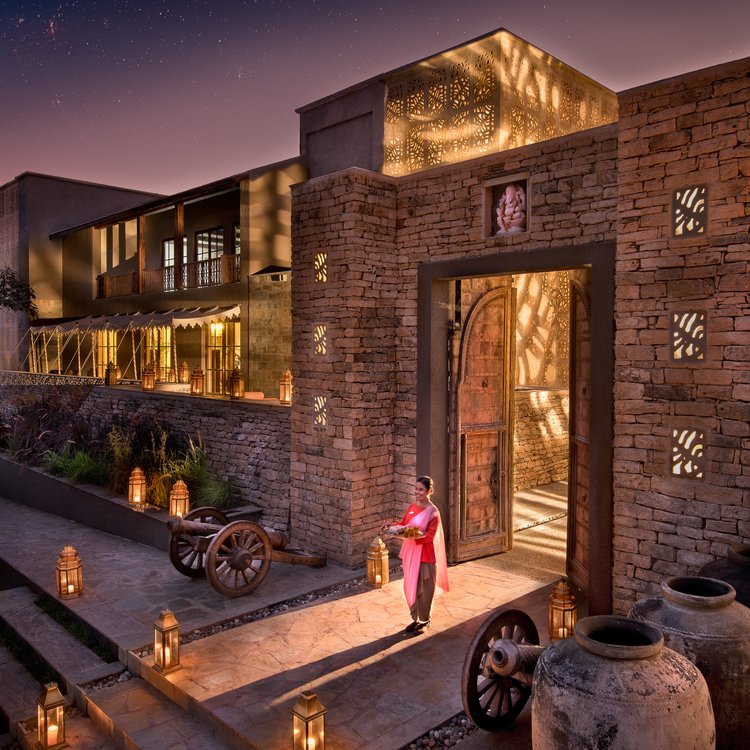 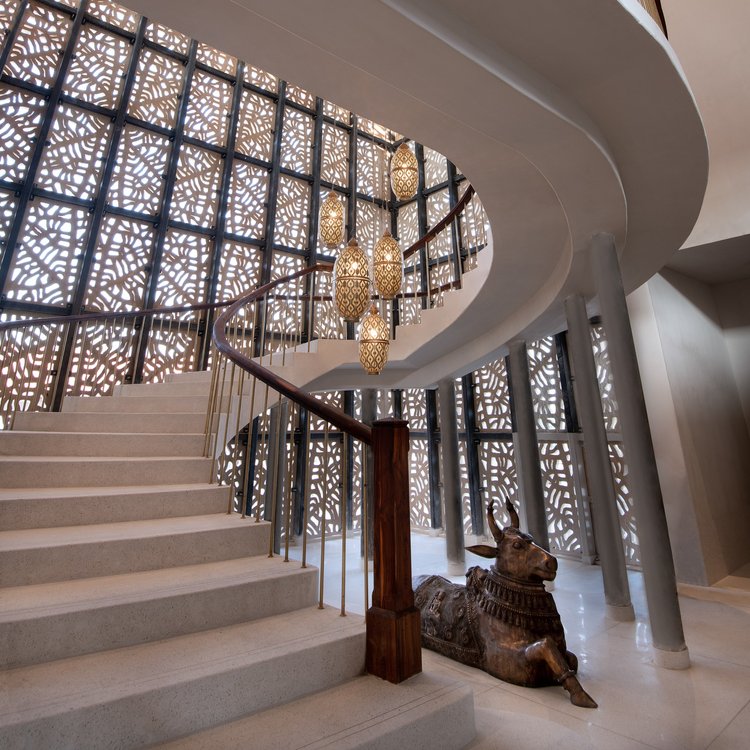 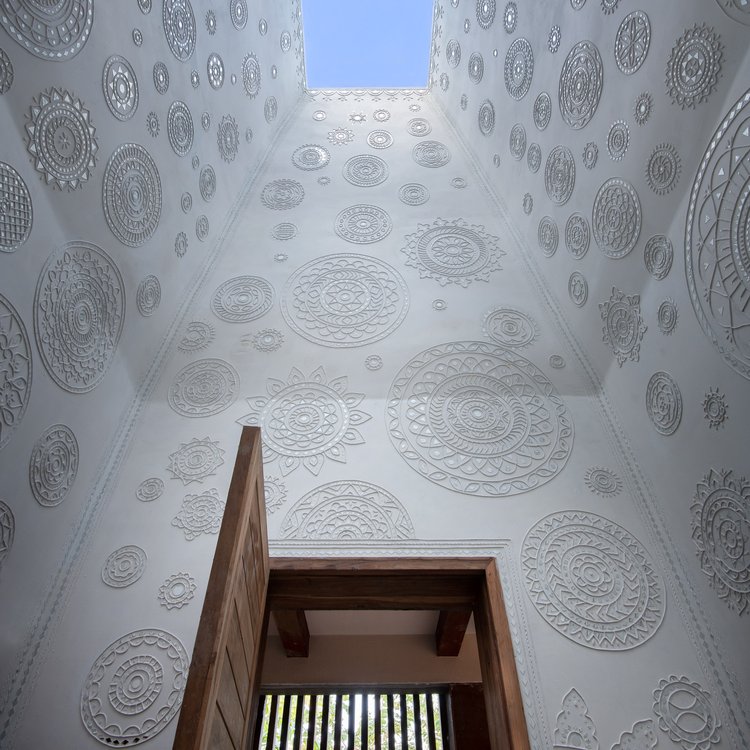 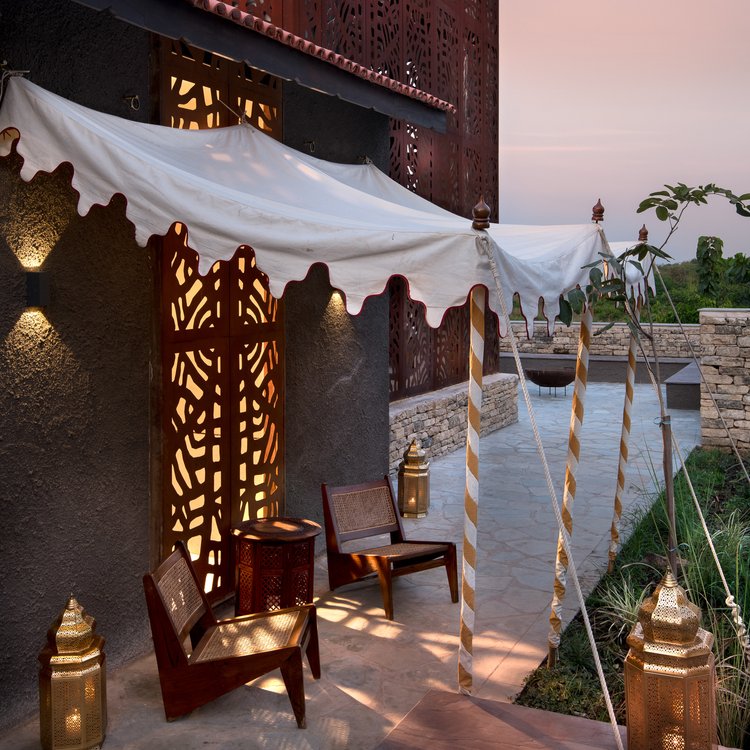 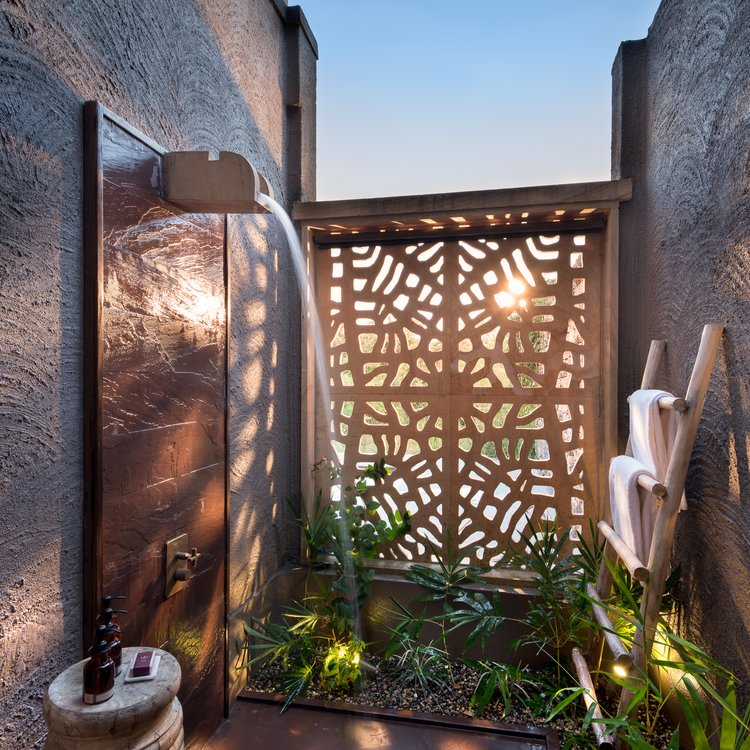 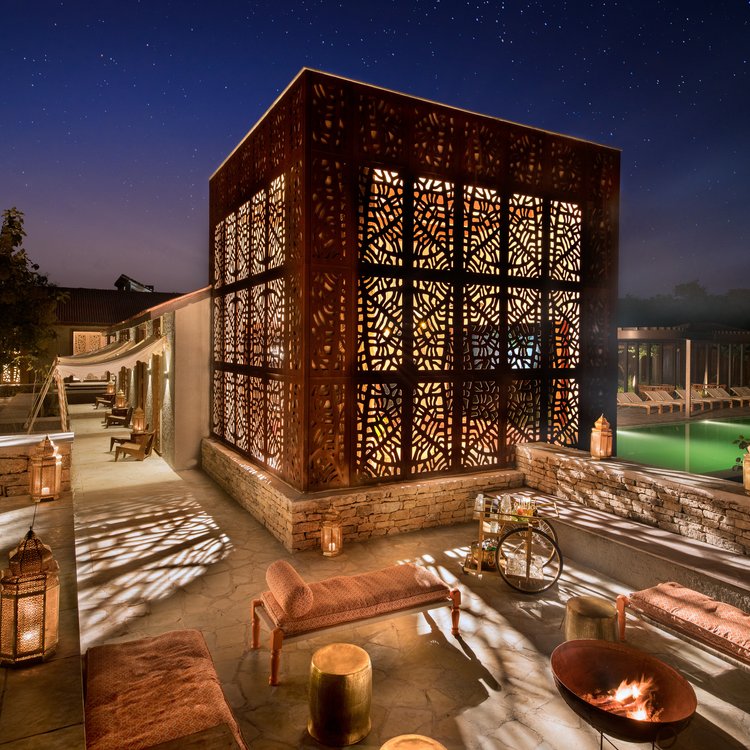 Fox Browne was responsible for overall experiential master planning, strategic design, interior design and hospitality concepts, while Nicholas Plewman Architects were the masterminds behind the architecture.

The site of the lodge, once a completely barren tract of land, void of trees, shrubs, wildlife and buildings, was formerly a working farm. The architectural narrative for the lodge had to be crafted by looking beyond the site’s borders rather than within them, to the neighbouring villages. 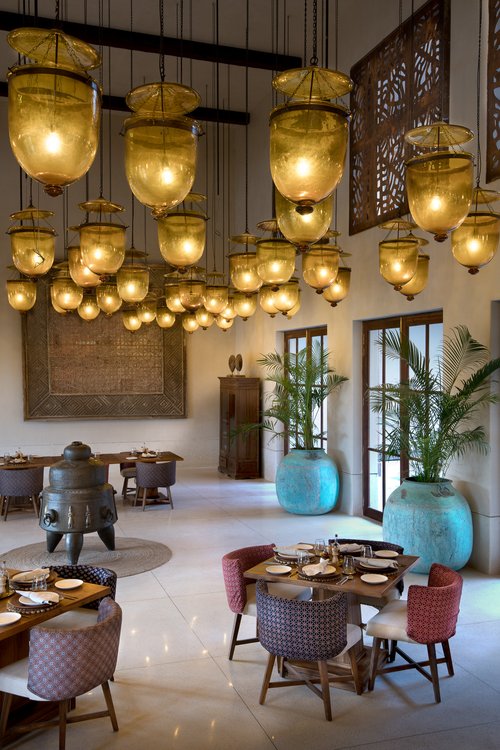 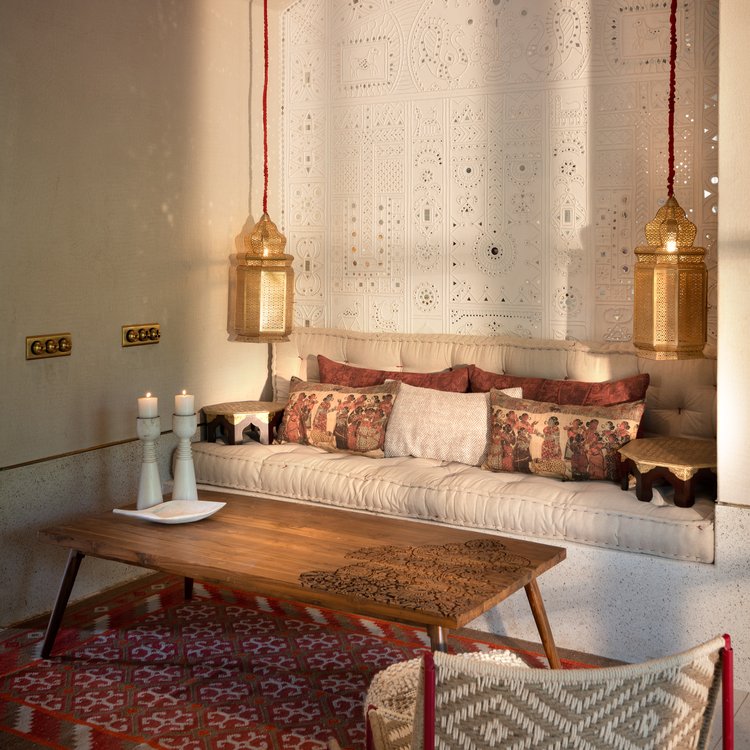 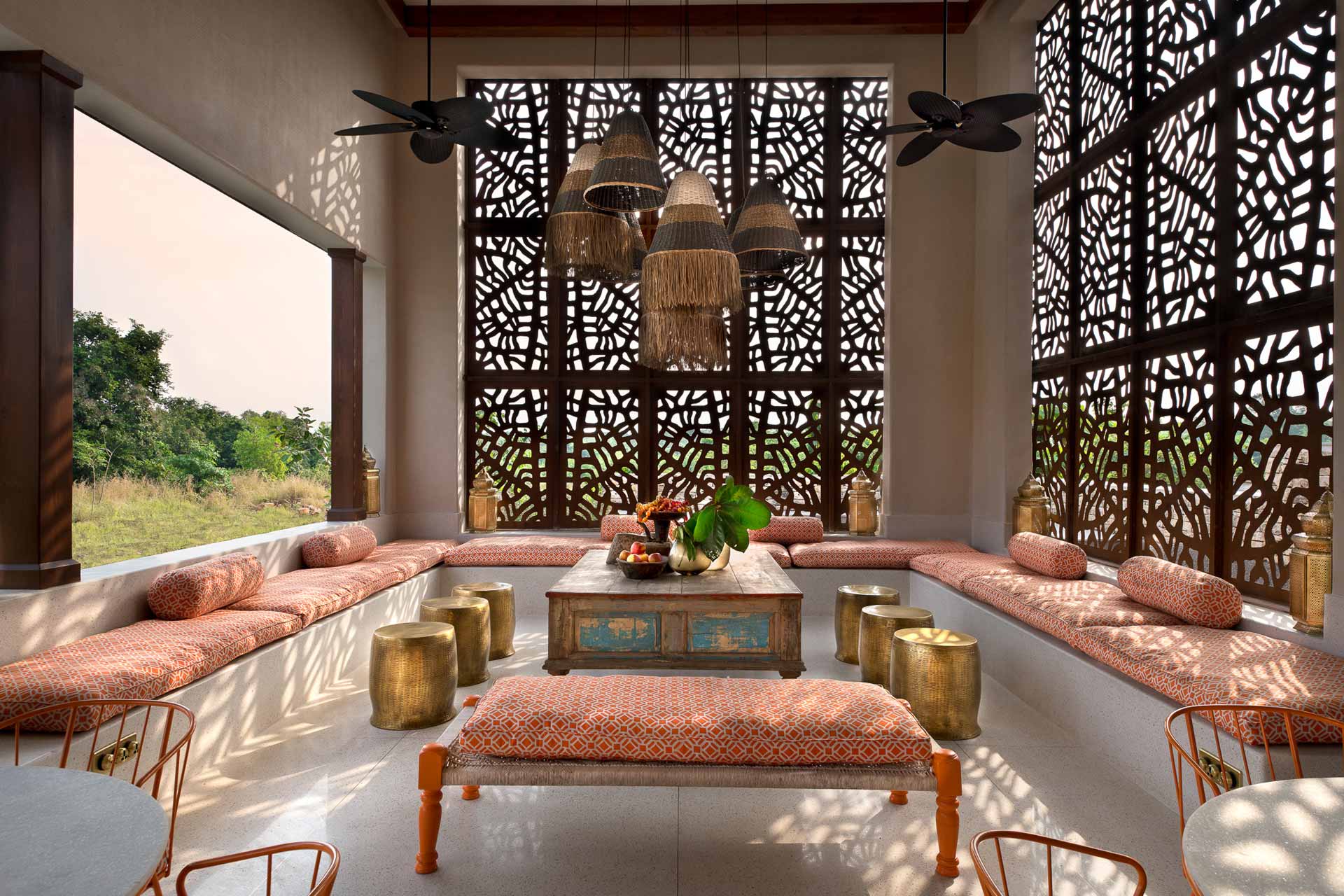 “We wanted the property to feel as though it could have been here for decades, nestled between teak forest and the national park,” explains Nicholas Plewman, Lead Architect. “The size of the site and the fall of the land lent themselves to a natural village-like arrangement of buildings near one another.” 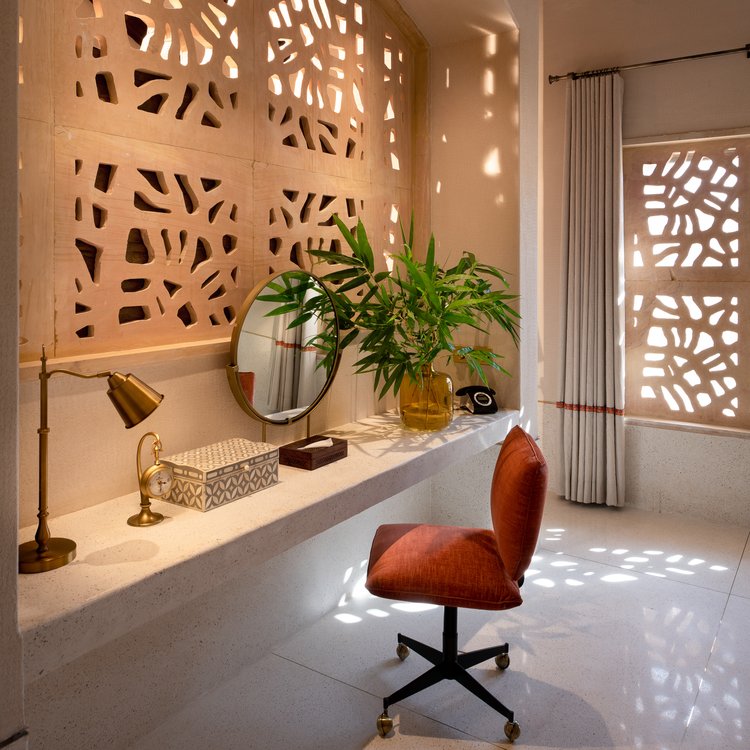 The layout for the kothis takes its language directly from the nearby villages, with a more haphazard arrangement that fringes a series of meandering streets. The site needed to maintain its integrity as a working farm at the same time as creating a sense of wilderness. The integration of built structures, natural landscape and the working farm is seamless and organic; not only blurred but enmeshed.

The double-storey kothis follow a similar vernacular to those in the local villages whereby a handful of locally sourced and crafted materials have been combined such as sandstone, limestone, plantation teak and stucco.

The “Haveli”, where guests first arrive flanked by a set of impressive ramparts clad with jali screens, marks the entrance to the village, announcing Aramness Gir with its contemporary but locally relevant façade. From there, a courtyard with its characteristic tinkling water feature gives way to a village street, the very heart of the lodge. 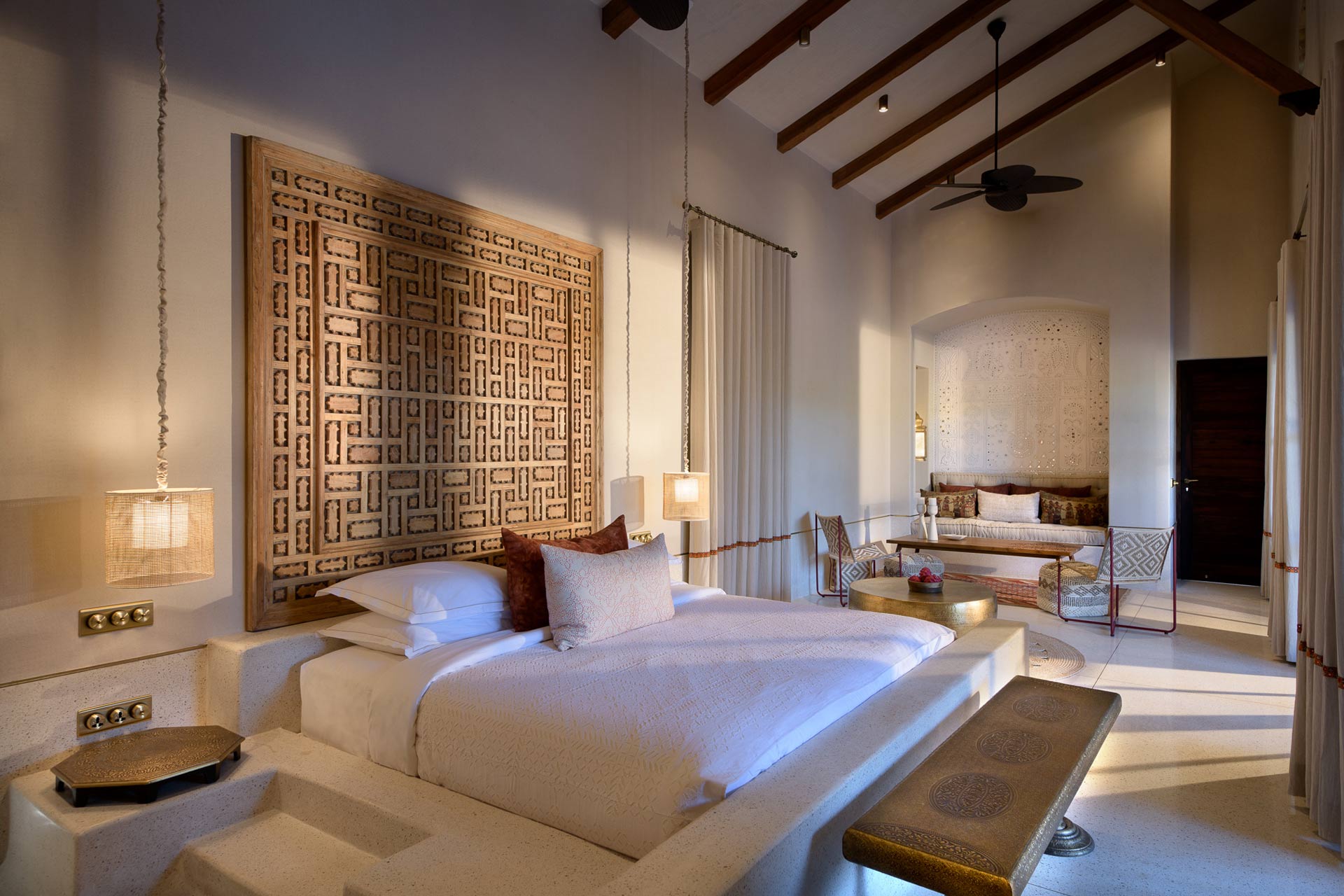 For the interior design, Fox Browne was tasked with creating simple, sophisticated and unpretentious spaces that give the guests an unmistakable sense of place and pared-back luxury. Honest materials such as limestone cladding, traditional stucco plaster, moulded terrazzo, Indian teak, sandstone and marble inform the look and feel of the interiors. Similarly, the colour palette is drawn from the lodge’s natural context and is made up of saffron, bone and oxblood – an earthy mix that is both unpretentious and rich. 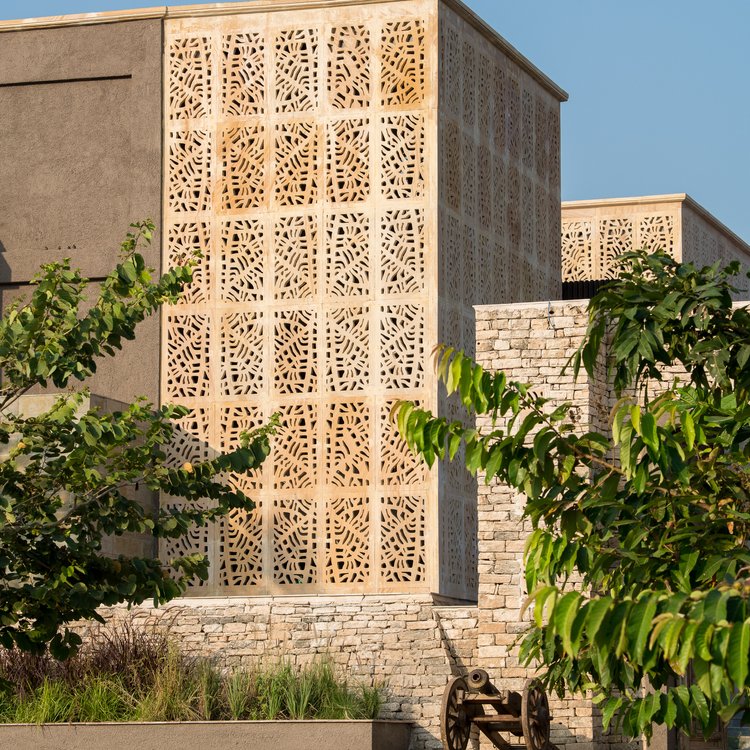 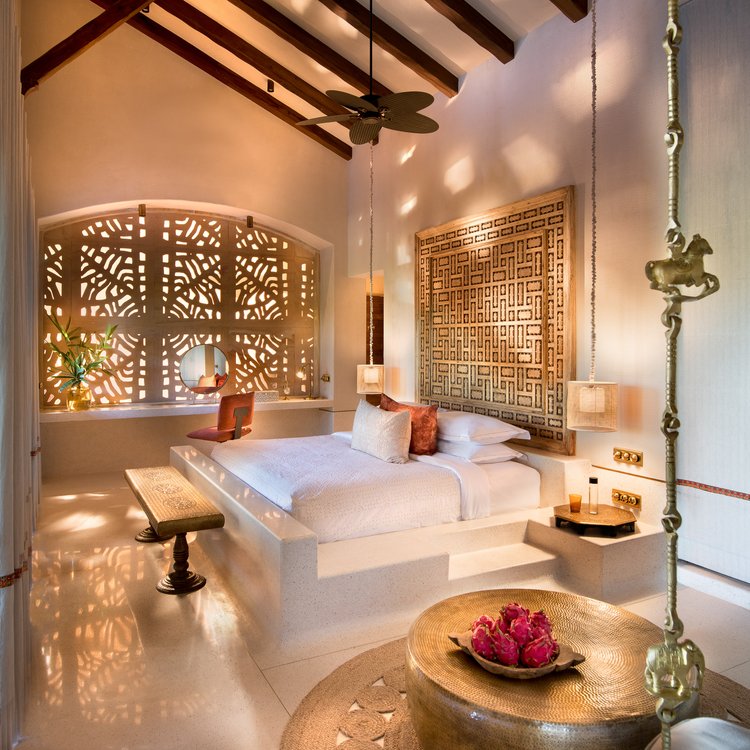 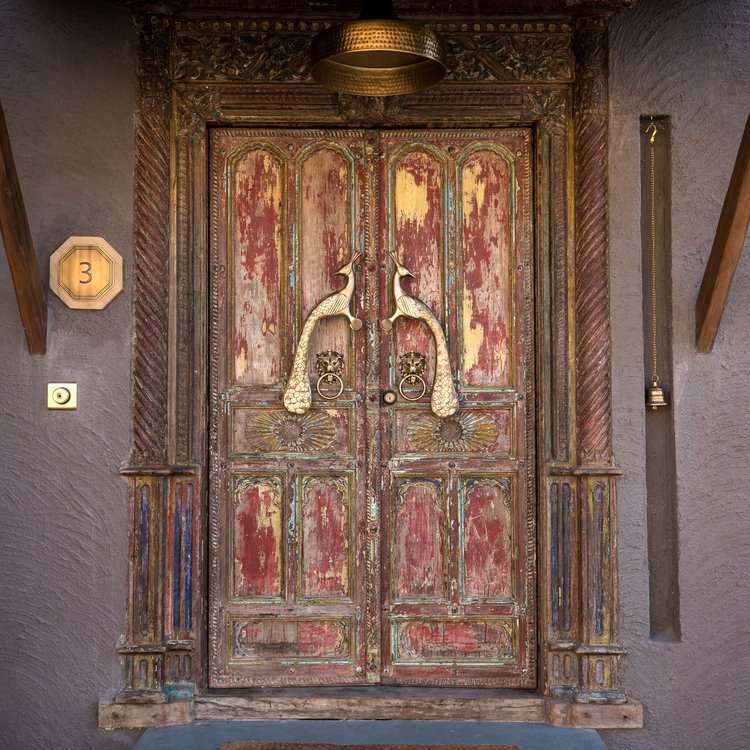 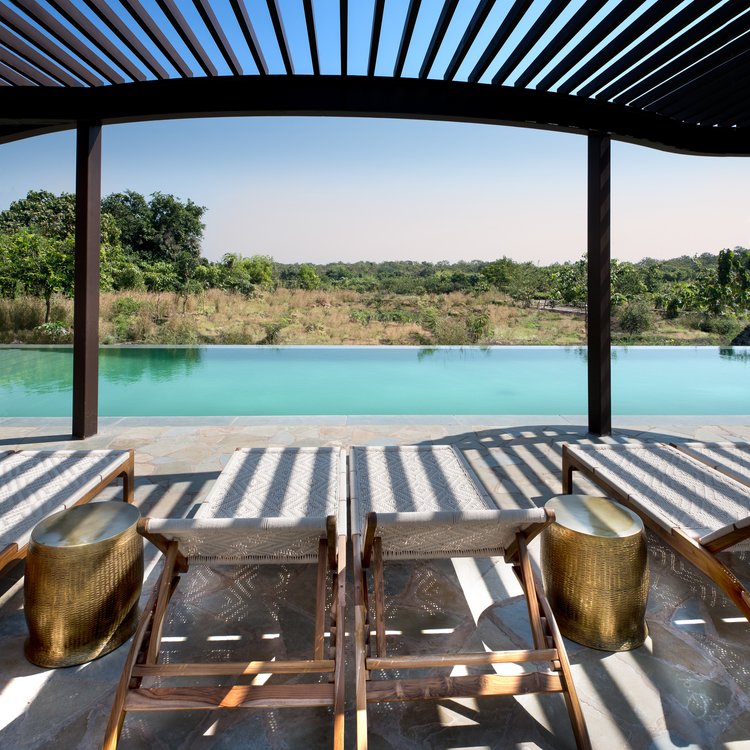 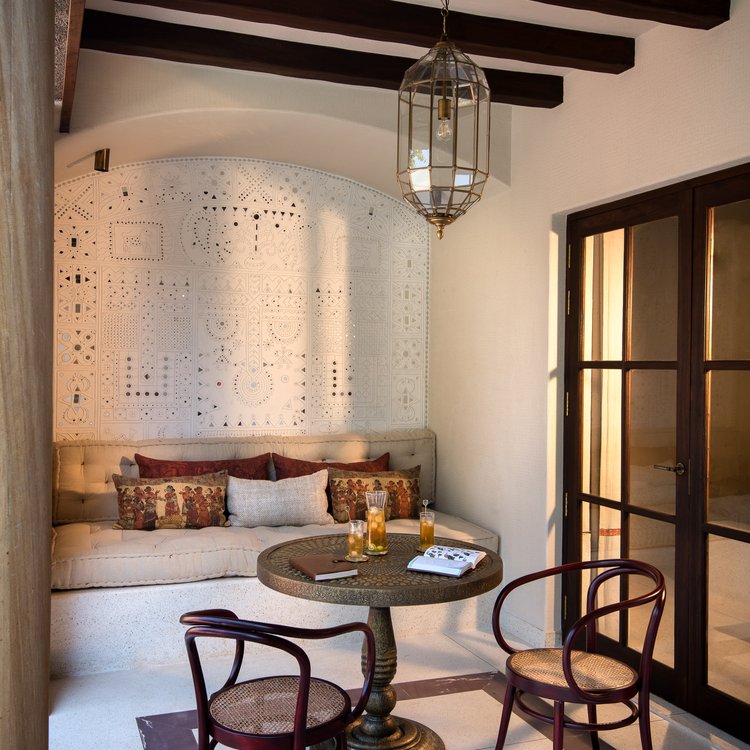 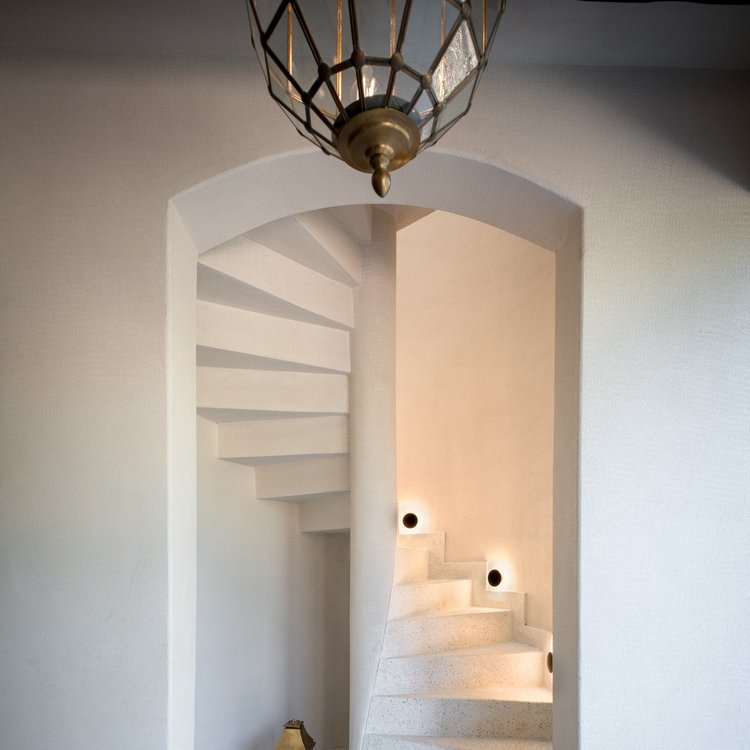 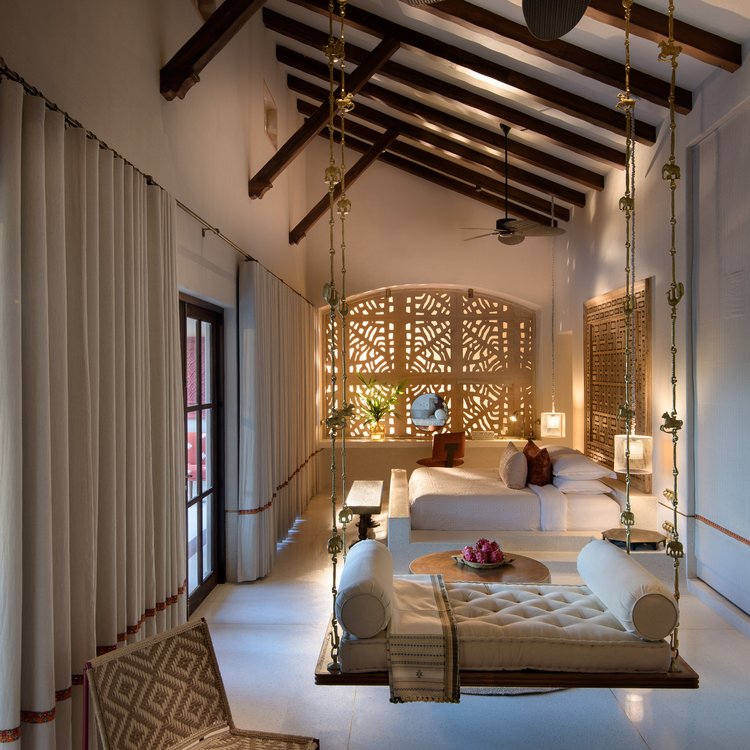 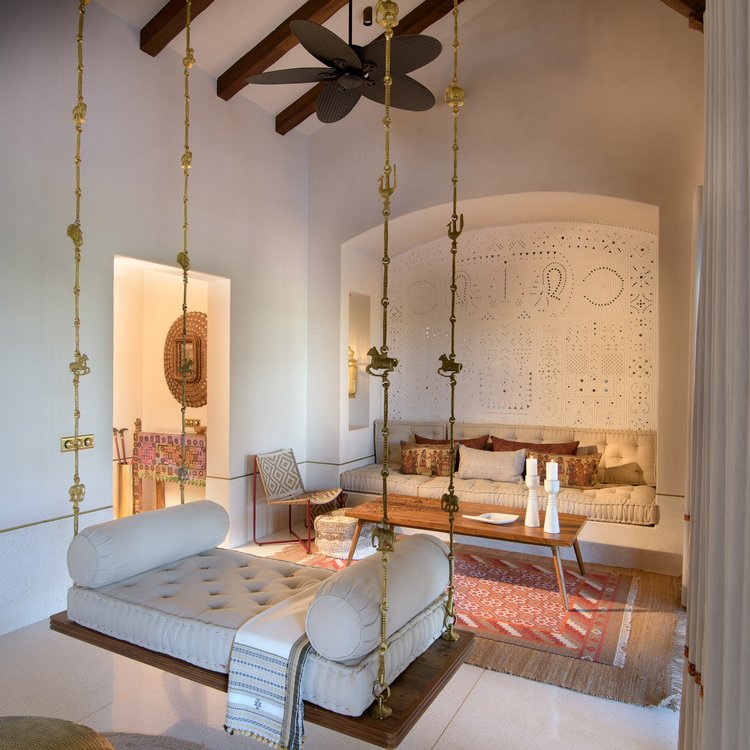 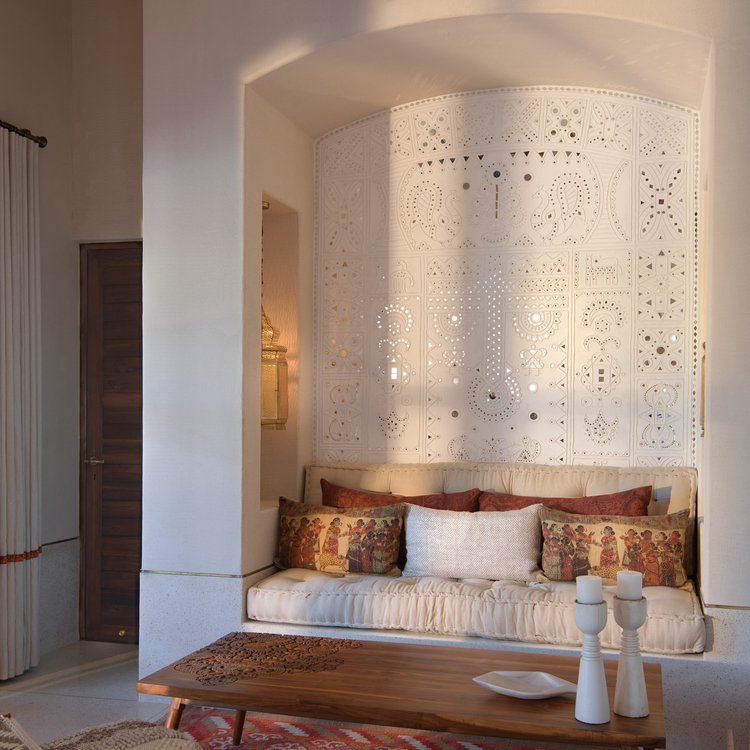 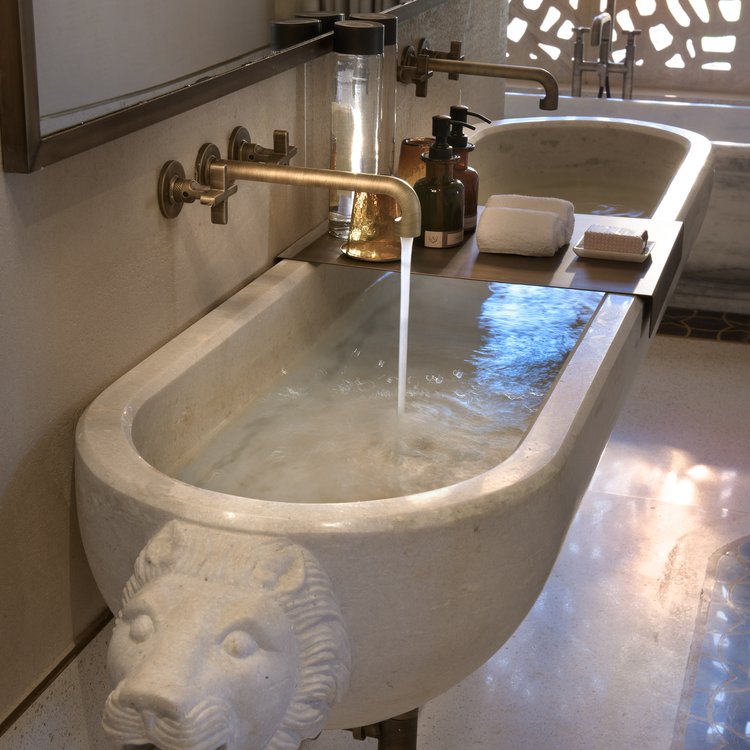 Natural forest and meadow gardens have been revived on the property wherever possible and are experienced in and around the kothis and guest areas, merging the natural habitat of the area with the built environment and paying homage to the original use of the land as farmland. 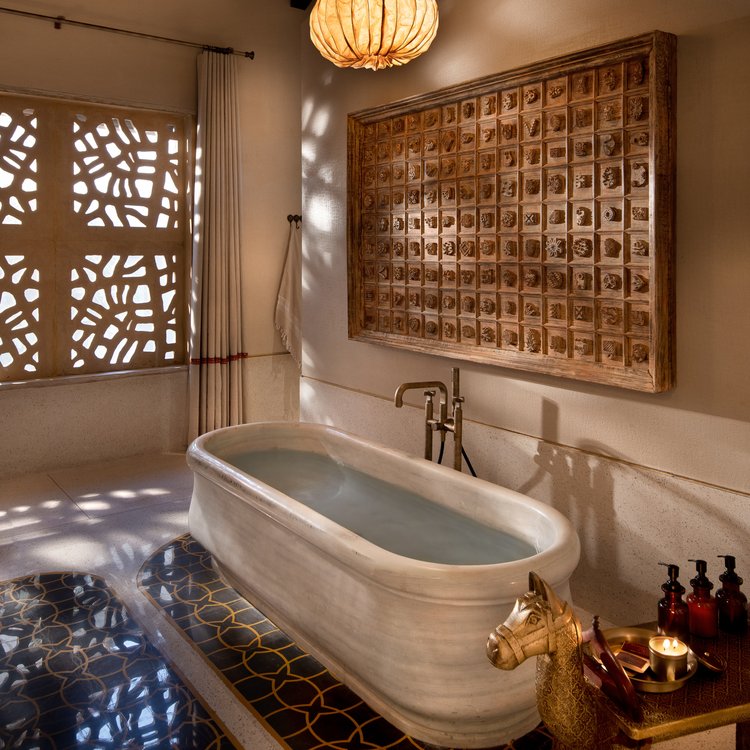 Both the designers’ and architect’s focus was on the integration of both farming and conservation to create a symbiotic relationship with a luxury lodge that creates deep connections to the local culture. This will thus ensure that the conservation of both culture and wildlife in the region is truly sustainable in the long term. 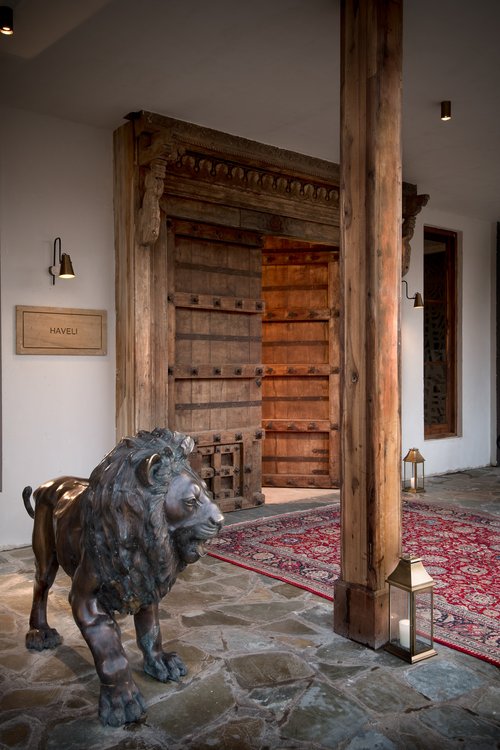 Kazakhstan’s Tower Of The Sun by Fundamental Architects

One USB Drive to Rule Them All

Samsung’s Galaxy Home Speaker Is Too Little Too Late