6 hindu goddesses that teach us valuable lessons of life

Standing at the global crossroads, we feel like the rope in the tug-of-war of modernization and tradition. It’s hard not to feel overwhelmed by the ongoing struggle for embracing women empowerment and breaking barriers of social stereotypes. In this moment of crisis whom do we turn to?

This article is about the unusual role models from the pages of ancient India. They are the different goddesses in Hindu mythology. Wondering what they have to teach you? The lessons of being alive! A manifestation of Shakti, Durga is worshiped all around the country and Durga Puja is considered to be a major festival by Hindus.

As the story unfolds, she killed one of the most powerful demons – Mahishasura. This demon king asked for the boon that he cannot be killed by any men. He believed no women are capable enough to fight against him. To make the impossible possible, Durga fought with the demon king and killed him.

Being a woman in the present era has opened up many possibilities. However, the tagline of ‘girls cannot do this…’ is yet to become obsolete. The goddess Durga teaches that the strength to fight back and win is not dependent on our gender. It’s the faith in ourselves along with hard work that pushes us towards the path of success. The wife of Lord Shiva is known for her loving and caring form. As recollected, she is the reincarnation of Sati, first wife of Lord Shiva. When Sati killed herself, Shiva took refuge in the jungles. He detached himself from all the attachments of life. That is when Parvati entered his life. Despite being initially ignored by Lord Shiva, she was persistent in being with him. Finally, he gave in to her persistence.

Many may argue that this incident teaches nothing. On the contrary, it adds on to the stereotype that women must be persistent in order to find a husband. Are your thoughts wandering in the same path? Going beyond what meets the eyes, this goddess teaches us about patience. If we desire for something, then the best way is working to get it with patience and persistence. Don’t you agree? She is often seen accompanying her husband Lord Vishnu. Believed to be the goddess of wealth and prosperity, she is worshipped all across the country.  She is the goddess that controls fortune and success in one’s life. It’s said that anyone worshipping her without greed will receive a vast amount of fortune.

In the literal sense, fortune certainly signifies money. However, if we take a deeper look, then Laxmi teaches us the value of work without the expectation of reward. The way of worshipping her demonstrates that true success is only possible when it comes without arrogance or ego. All thing art is boon of goddess Saraswati, as believed in Hinduism. She is portrayed as the peaceful lady who holds a Veena in her hand. She is the one who helps in turning knowledge into fame and fortune.

What does she teach? Wisdom! This goddess teaches us that the value of wisdom and knowledge can never be undermined. She emphasizes on learning as a path that will take us far in life. 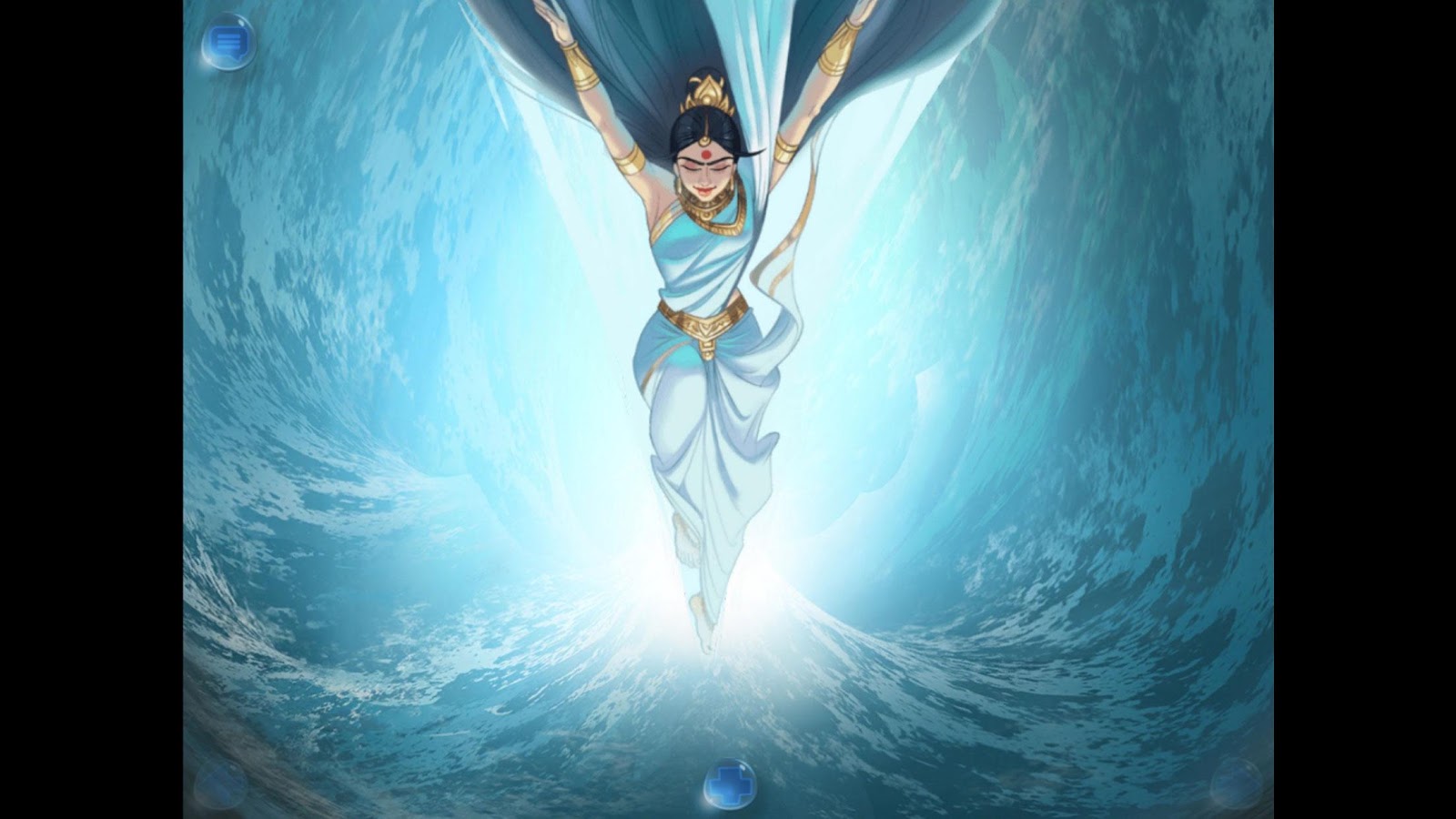 Ganga is considered as a holy river in India. The water of this river never rots. Thus, it holds a high significance in various myths and stories. According to Vishnu Purana, goddess Ganga, who flows as a river, is born from Lord Vishnu. She possesses a tremendous power of purifying all sins. As the myths depict, despite having the powers, she always got into wrong situations due to her nature. She was playful and loved playing pranks on different gods, goddess, and sages. Her playfulness finally ended when she was swallowed by Sage Janu trapping her inside his stomach.

Recognition of one’s power is essential in life. Being playful opens up a new side of one’s character. However, if we are not good at controlling our nature then that will certainly land us in trouble. This former nature and then transformation of goddess teaches us that it’s essential to hone our skills for right use. The first word that comes to mind with the mention of goddess Kali is fierce. She is known as the destroyer who acts on her own. As one of the stories go, to defeat a demon named Raktabeej, she swallowed all his blood. It was because one drop of his blood could create another duplicate of him.

Be fierce in face of adversities. This is the lesson we get from goddess Kali. Being a woman comes with certain adversities that are associated with us from the moment we open your eyes, sadly. The only way is facing the hurdles and crossing them victoriously.

These goddesses teach valuable life lessons. Religious or not, their stories can serve as inspiration for the young girls, if projected properly. What are your thoughts on this? Let’s know in the comments below.

wahaca rebrand: how the mexican chain has been made to feel like an “independent”