Toyota’s Gantry robot is a real superhero for the elderly, but instead of fighting local crimes, he does house chores for them. Designed for the aging demographic that is often forgotten when it comes to technological advancements, this robot will take care of the domestic duties while sometimes hanging from the ceiling! People over the age of 65 make up for the world’s fastest-growing age group and we need more resources to give them the aid they require.

Speaking about the capabilities of robots, Russ Tedrake of Toyota Research Institue (TRI) says “Unlike the sterile, controlled and programmable environment of the factory, the home is a ‘wild west’ – unstructured and diverse. Despite recent strides in artificial intelligence and machine learning, it is still very hard to engineer a system that can deal with the complexity of a home environment and guarantee that it will (almost) work correctly.” The gantry robot is one of the prototypes being tested in mock-up home environments built-in labs in California. It is able to complete tasks like cleaning and loading the dishwasher. The design of the robot was inspired by the layout of Japanese homes, where researchers found that limited floor space would constrain a robot’s ability to help, and thus the solution would be to have robots directly integrated into the architecture for future homes. “What if instead of needing a robot to navigate the cluttered floor, it could travel on the ceiling instead, and be tucked out of the way when it’s not needed?” said Dan Helmick, co-lead of robotics fleet learning at the Toyota Research Institute (TRI), during a virtual presentation. While it is a huge undertaking to construct new robot-assisted homes from scratch and will have many hurdles, the design has the potential to solve many problems faced by the old folk who live alone.

The dishwashing robot is basically a giant robotic arm which shows new technology instead of being ready for commercial use, someone even pointed out that it looks better suited to build cars than load dishes but there is a long way to go before this product hits the market and there will be many changes made to it before it is ready for sale. This is a full series of robots designed to help senior citizens manage housework and the gantry robot is just one of them. There is another “soft bubble gripper” robot that uses air-filled cushions to gently grab a variety of objects, and a floor-based mobile robot with the same basic capabilities as hanging robot friend. All robots are being trained using virtual reality – real people are performing actions like wiping down a tabletop and then using VR controllers these movements are programmed into the robots.

“The robots that you see today are prototypes to accelerate our research, but they are not going to be turned into products any time soon,”  says Max Bajrachary, TRI’s VP of Robotics. Robotics is generally a difficult field and creating robots for household tasks is challenging mainly because every house is so different and therefore the smarter option would be to construct robot-friendly houses with tracks where the residents have the option of installing the gantry robot if needed. Robots can take over my world if they take over my dirty dishes! 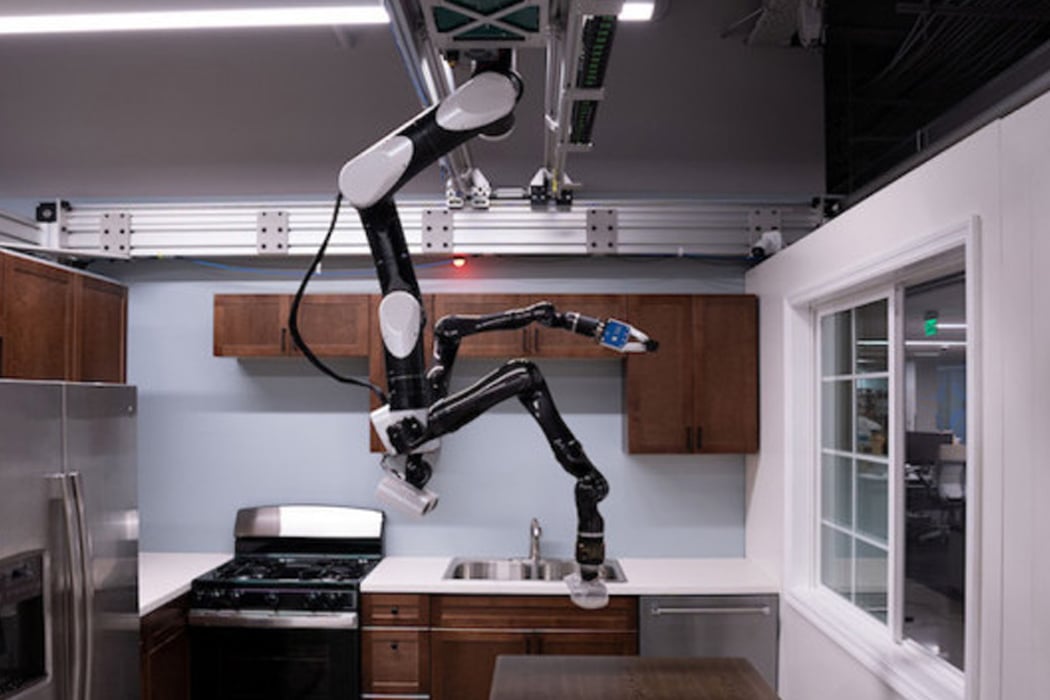 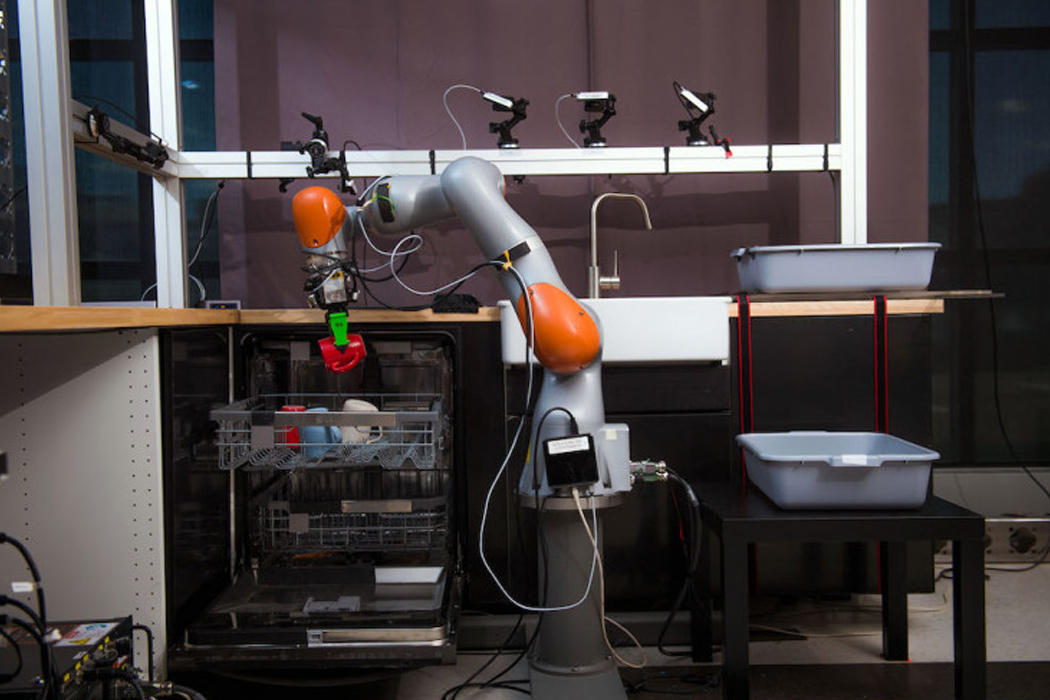 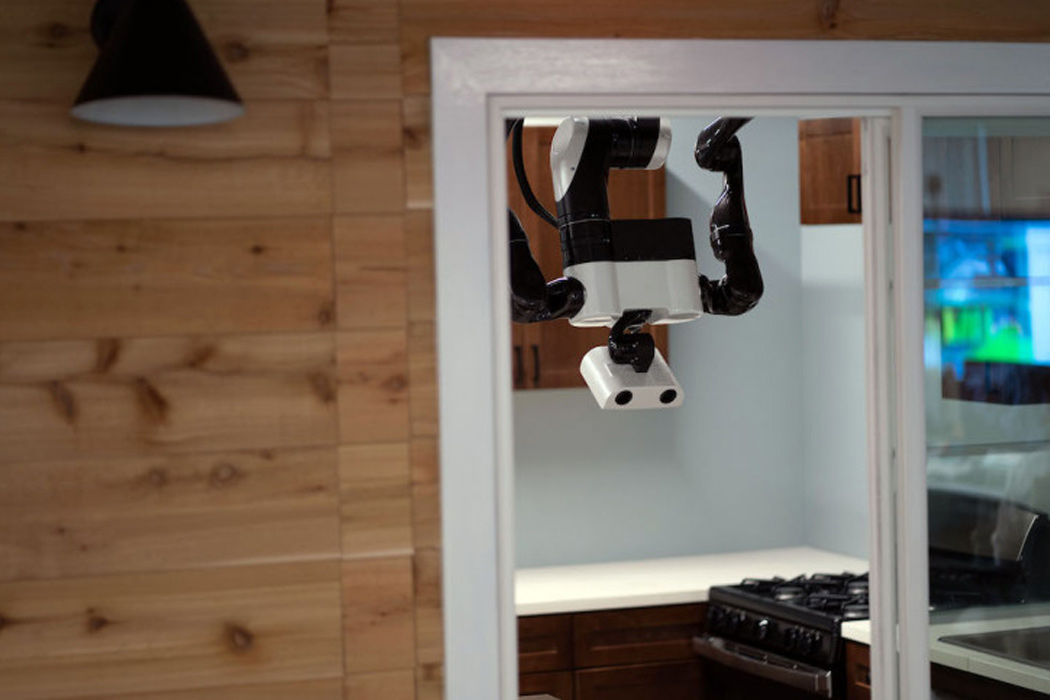 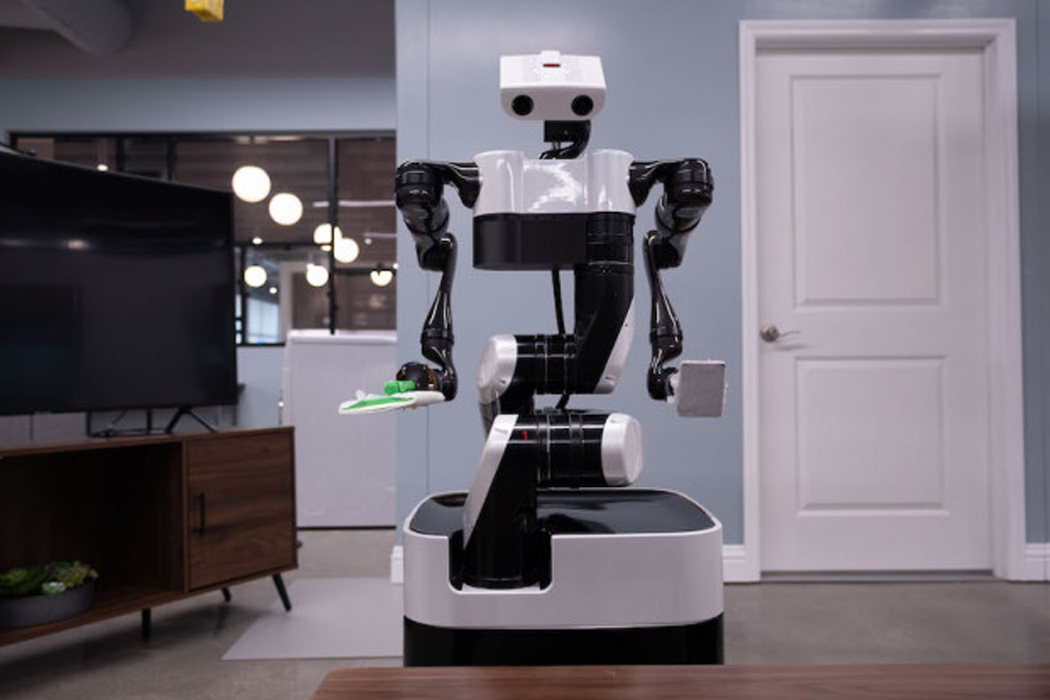 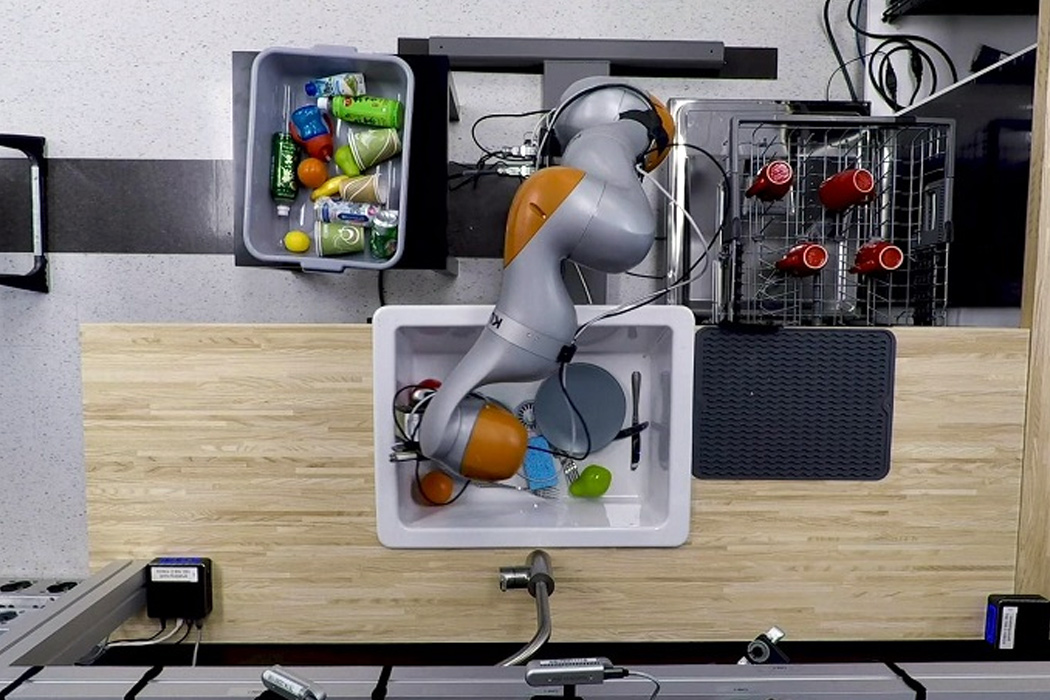 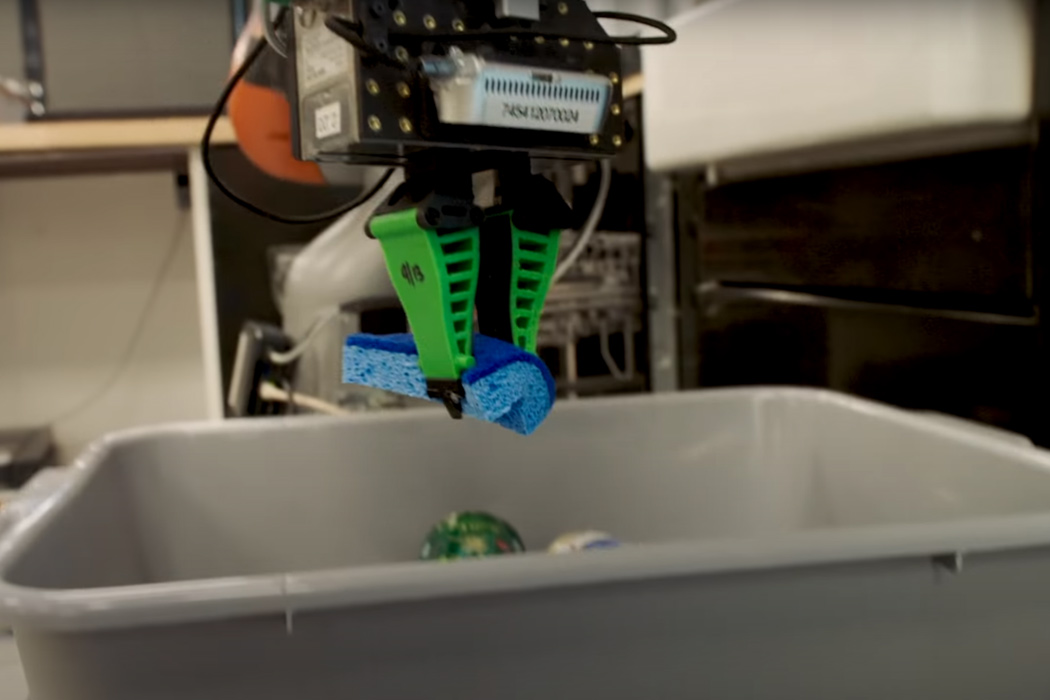 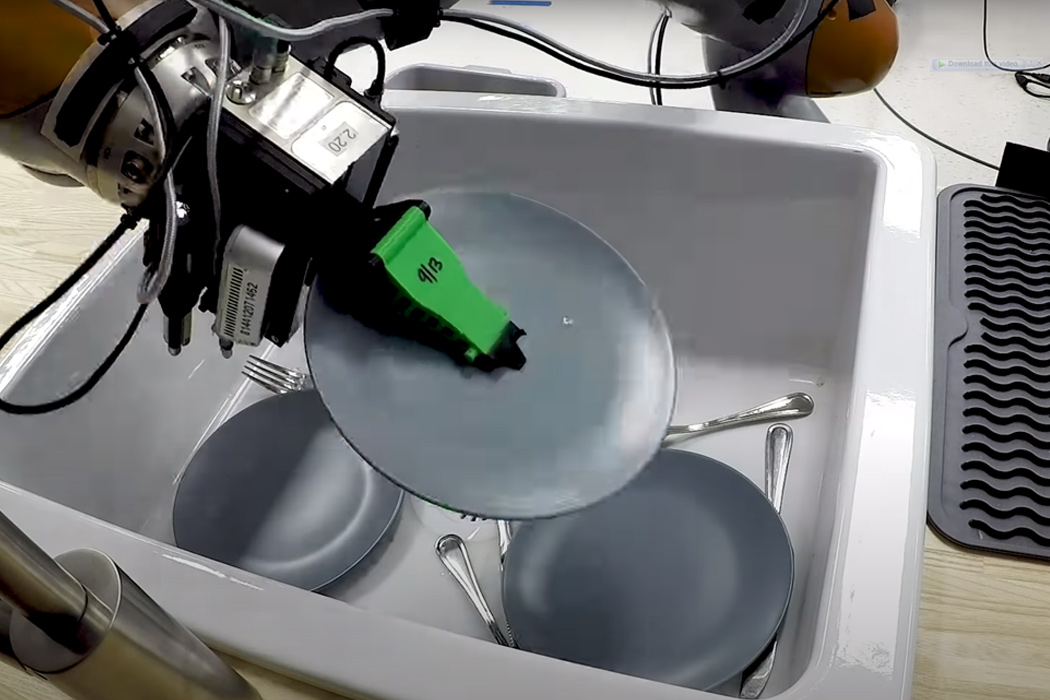 The PhonePad turns your smartphone into a laptop with a 15.6″ touchscreen display

These gel-filled earbuds create a custom fit by instantly molding to your ear shape!

If you’ve still been struggling to find a perfect-fitting pair of earbuds (like ...

A smart sanitizer for your phone +hand is a must have for every home entryway!

Hygiene in the age of COVID-19 has become instinctual for many of us. ...
TECHNOLOGY

These egg-inspired earbuds were designed to be discreet, fit all sizes and replace your fidget spinner!

When was the last time you looked at earbuds and thought “cute”? When ...