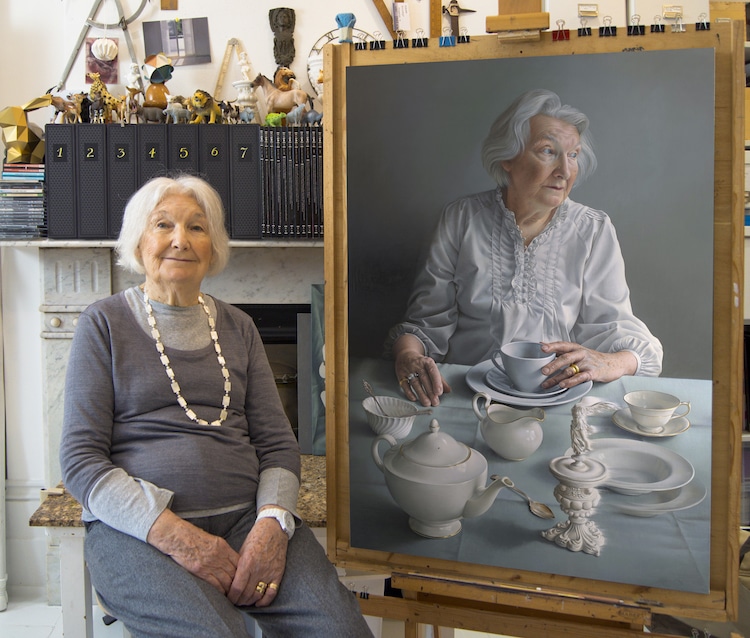 Artist Miriam Escofet was granted the prestigious BP Portrait Award in 2018 for her painting titled An Angel at My Table. In it, she rendered a hyperrealistic representation of her mother sitting at a table of fine china. Not only does the picture portray a soulful depth to the subject, it showcases the artist’s meticulous attention to composition as well as detail.

Born in Barcelona, Escofet was raised by artist parents. As a result, she was constantly inspired by the books and objects which decorated their creative household. After moving to the UK, Escofet studied 3D design at university, specializing in ceramics. It was only after her formal education that the artist delved into the art of painting. Like her father, she is self-taught in the medium and spent ample time experimenting with technique and material. At the same time, Escofet utilizes her 3D training to construct complex maquettes and props for her painting. She says that “there is a striving to describe space and form in my paintings that very much reflects my love of the three-dimensional object.”

When approaching the portrait of her British mother—which Escofet had wanted to do for some time—the artist began by producing several studies at her mother’s kitchen table. “My mother has a wonderful inner stillness and calm and I really wanted to convey these qualities in the work,” says Escofet. It was during the initial stage that the artist chose to depict her mother surrounded by tea crockery, as “drinking tea is one of her greatest pleasures, and also provided a device for making her hands a central part of the painting.” Since Escofet was inspired by so many memories of her mother, conveying a sense of eternity was key. For this reason, she portrayed slight movement in the objects on the bottom right of the table—suggesting a passing of time.

Escofet’s limited palette is also notable. Inspired by the soft northern light of her mother’s kitchen, she chose to use primarily cool tones with the only note of color coming from her mother’s skin. Her decision to apply a monochromatic color scheme unifies the composition.

Although An Angel at My Table is very personal to Escofet’s own mother, she says that others have identified their own mother in the painting, which she finds touching and flattering. The artist exhibits her masterful paintings in both London and the rest of Europe. To keep up to date with the artist’s latest creations, including upcoming shows, you can follow her on Instagram.

Artist Miriam Escofet has painted an award-winning portrait of her mother. 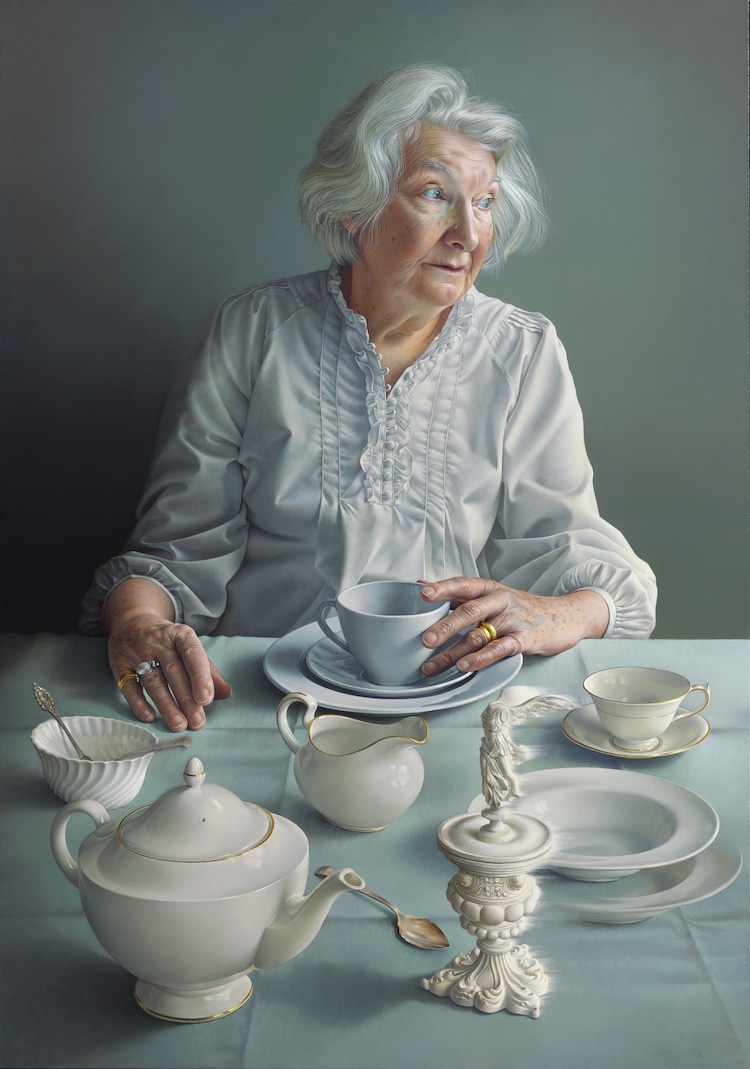 The painting, entitled An Angel at My Table, won the BP Portrait Prize in 2018. 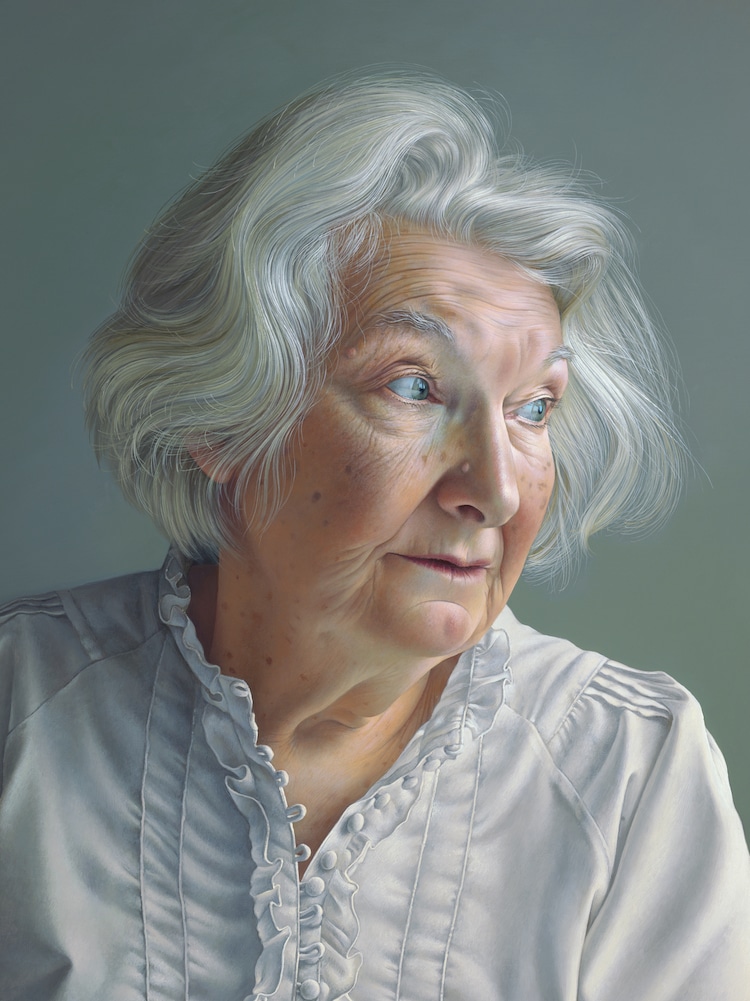 Escofet’s attention to hyperrealistic details and her meticulous technique make the subject shine. 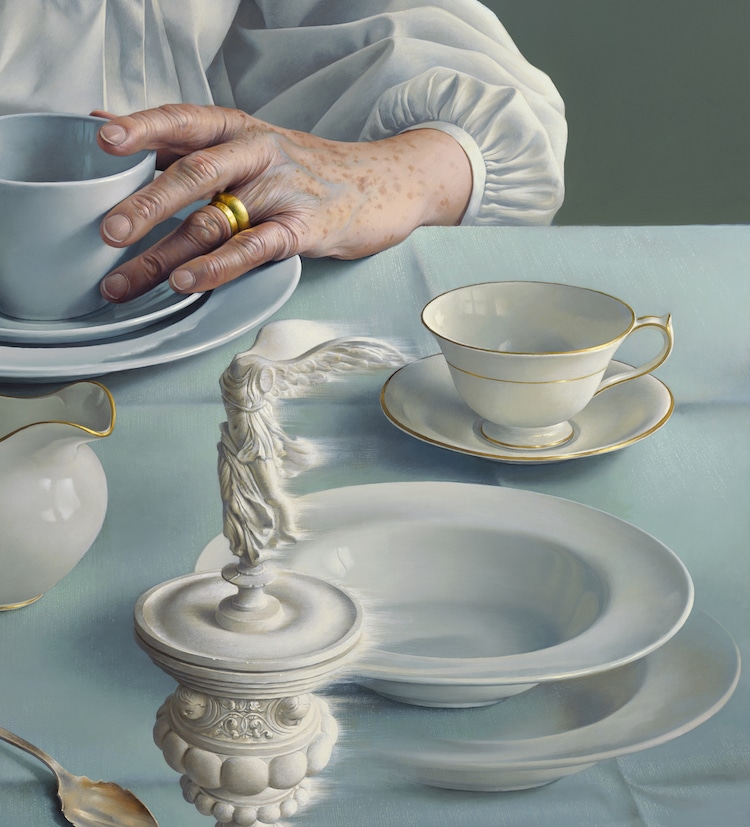 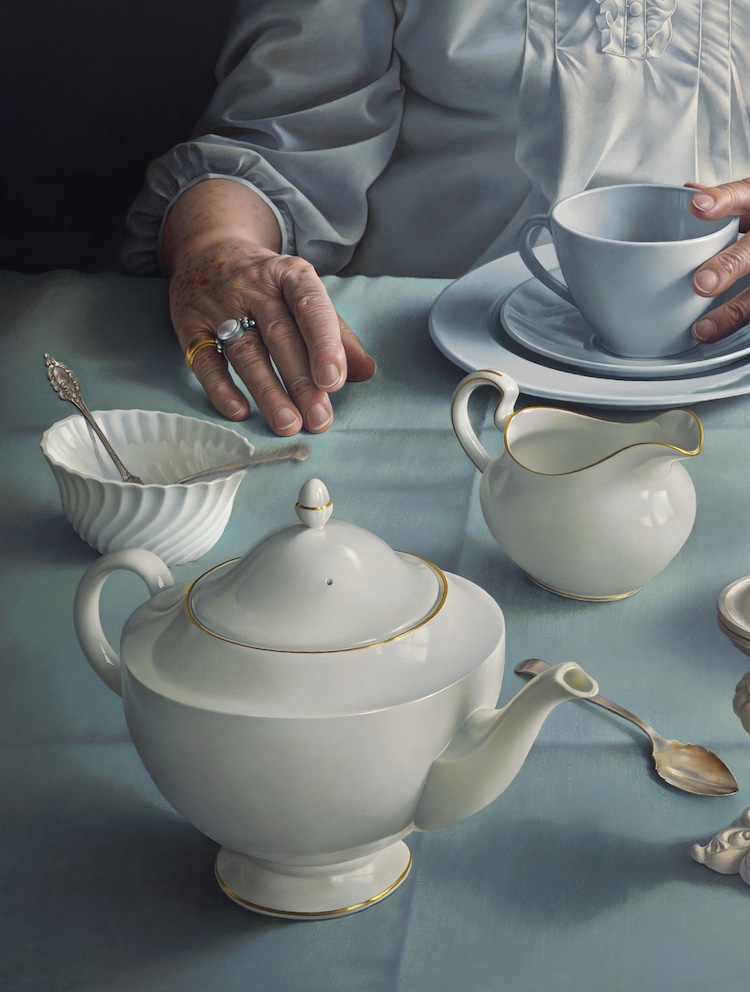 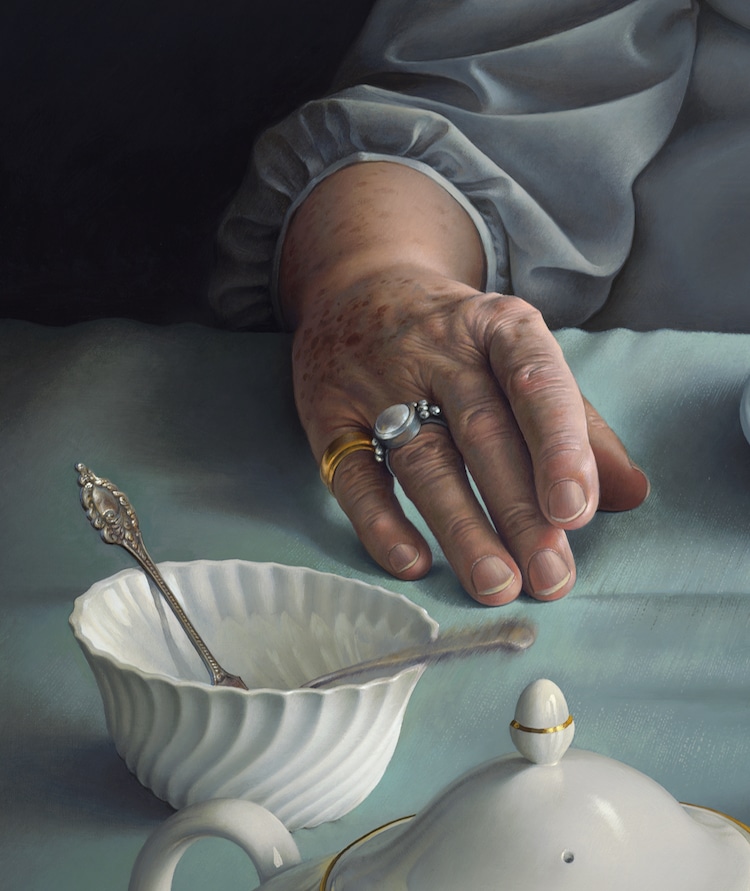 Learn How to Draw a Horse Head From 3 Different Angles