Rotterdam-based Fundamental Architects and Omega Render have designed an iconic high-rise and bridge over Ishim River in Kazakhstan. Made for the country’s largest developer, BI GROUP, the 75.000 sq. meter mixed-use building is sited in the heart of Astana. Reaching a height of 121 meters over the river Ishim, the building is set to become a new home for residential, office, hotel and commercial functions as an infrastructural hub. 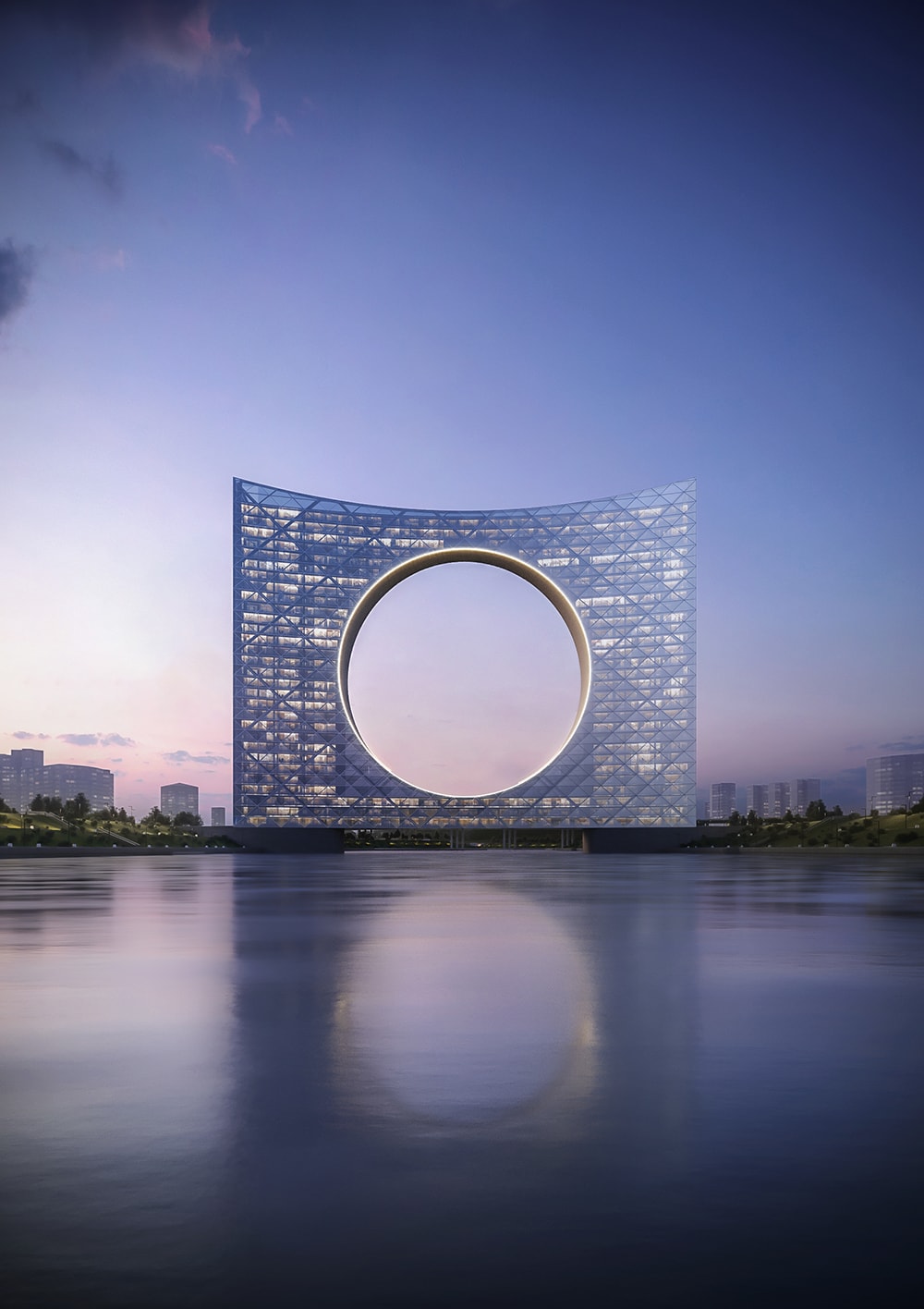 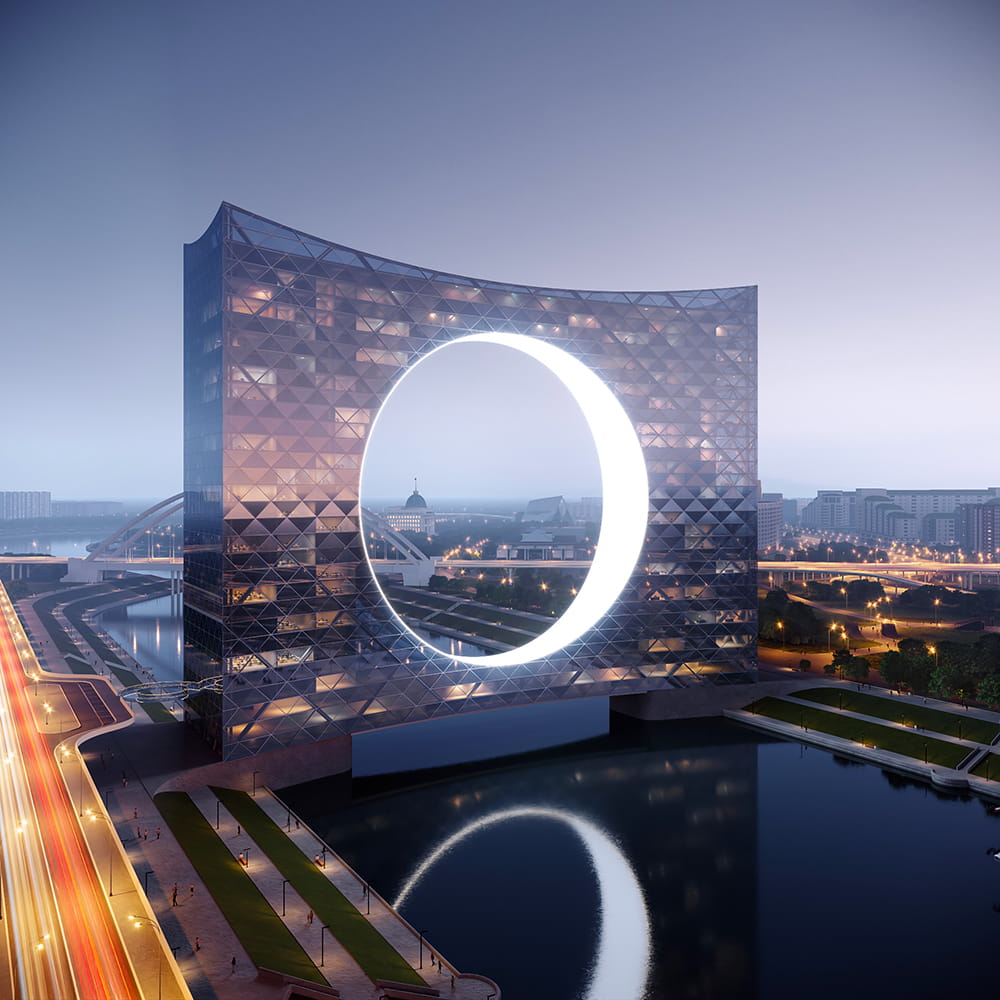 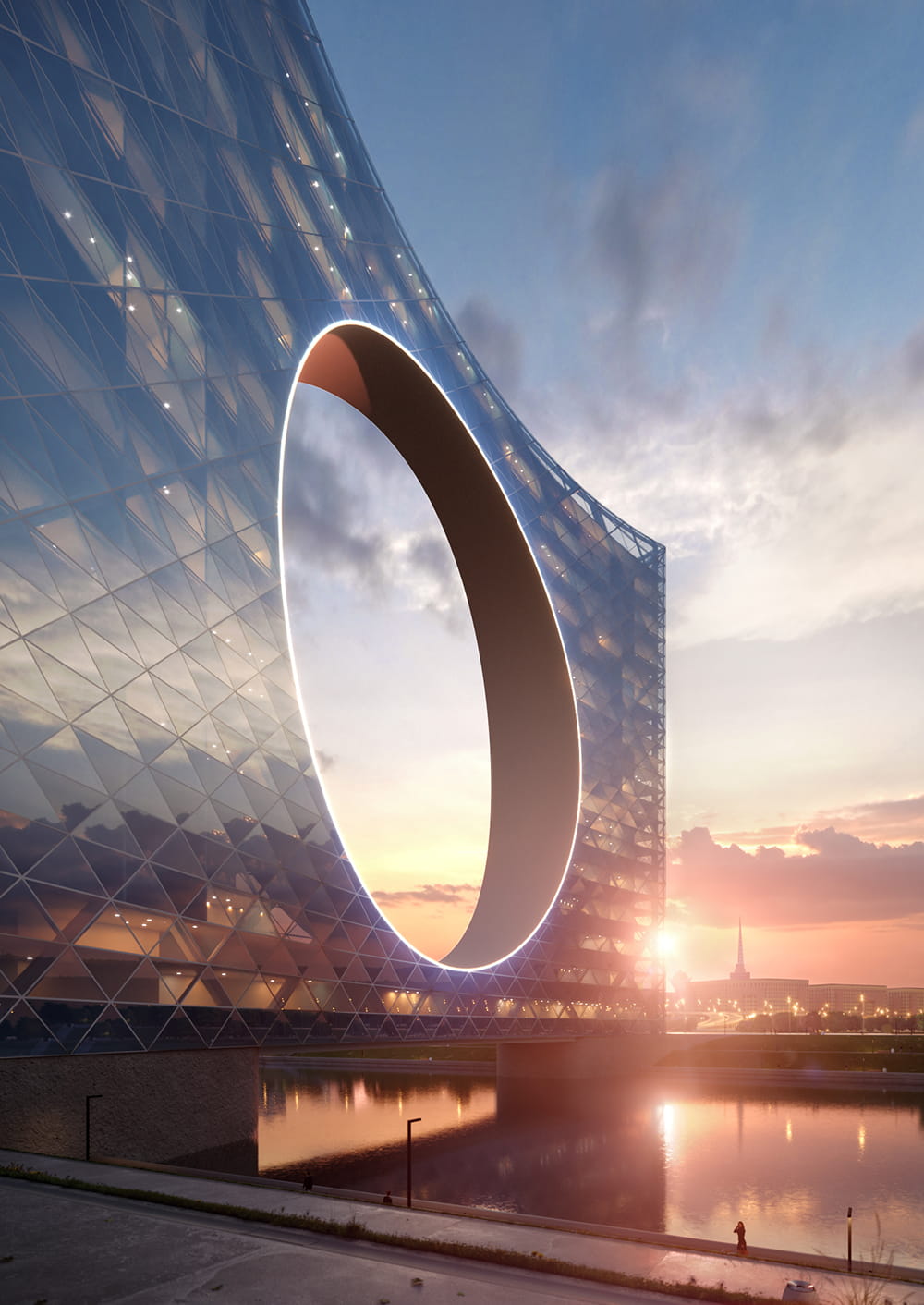 Called the Tower of the Sun, the new high-rise was inspired by the ideas and symbolism of Kazakh culture and traditions. These are intertwined in the concept of the project on every level, starting from the circular opening in the center of the building symbolizing the Sun, Peace and Unity – a symbol of core importance in Kazakh culture, to the triangular elements in the structure and interiors, which represent a symbol usually found in traditional jewelry and clothing. 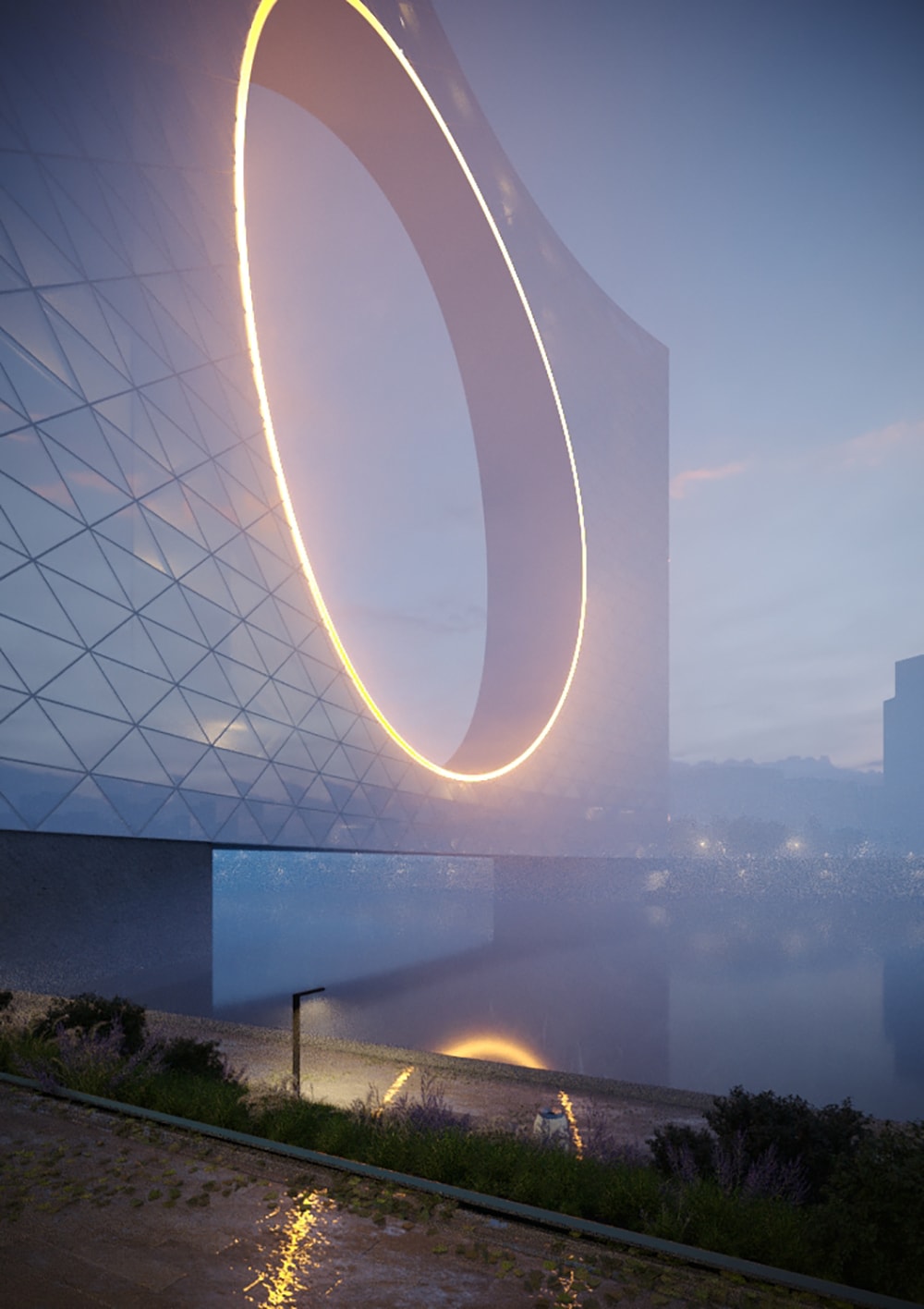 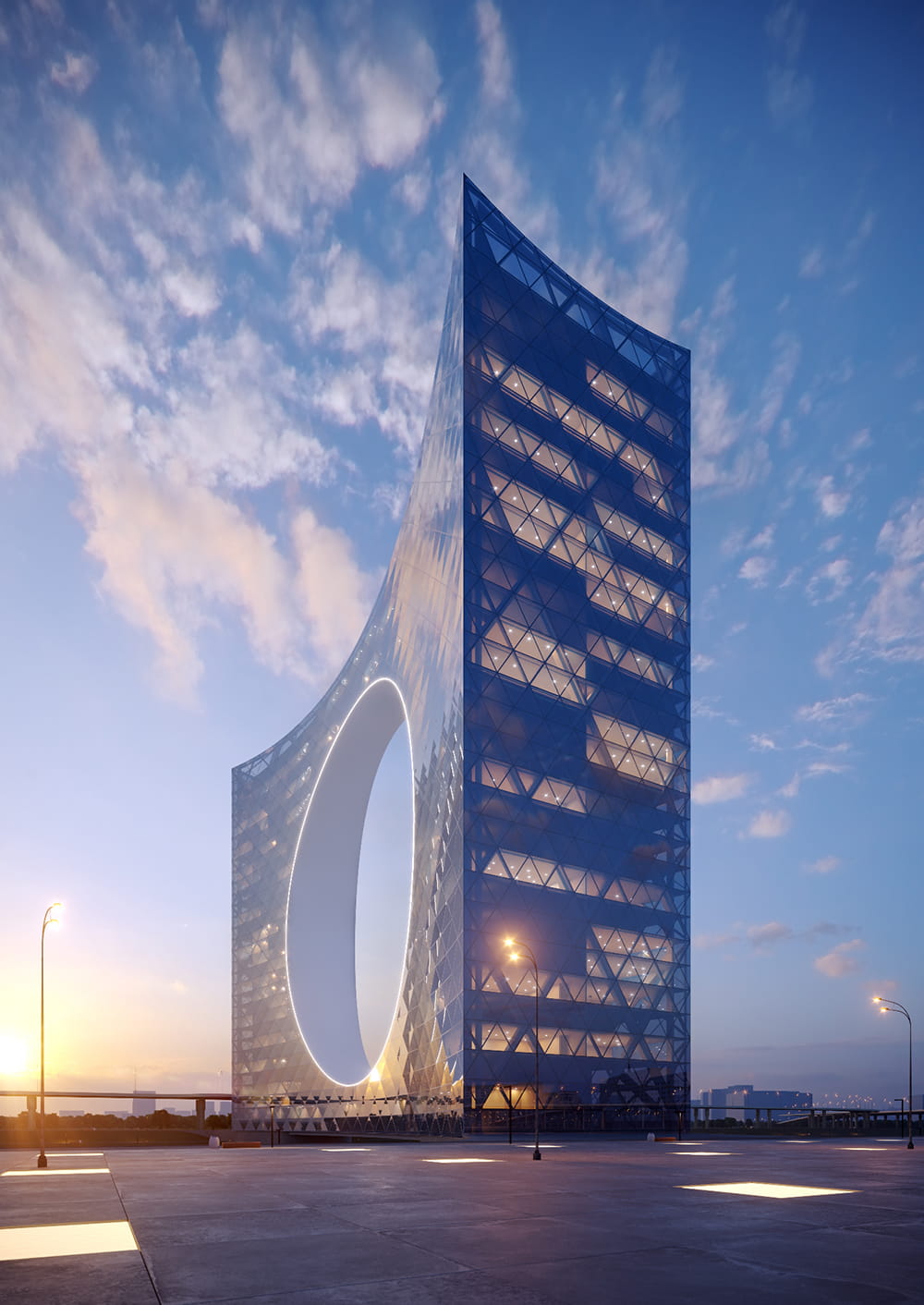 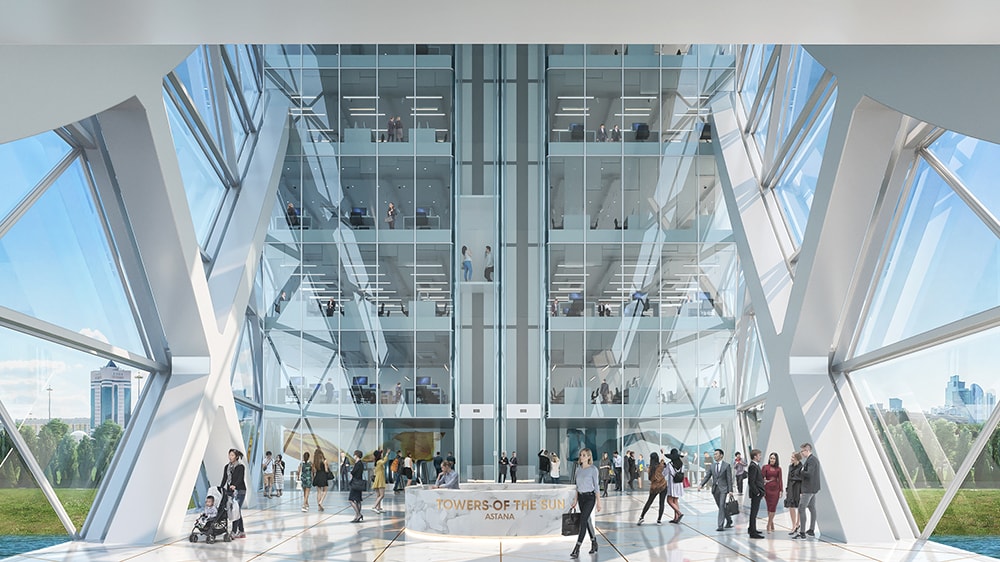 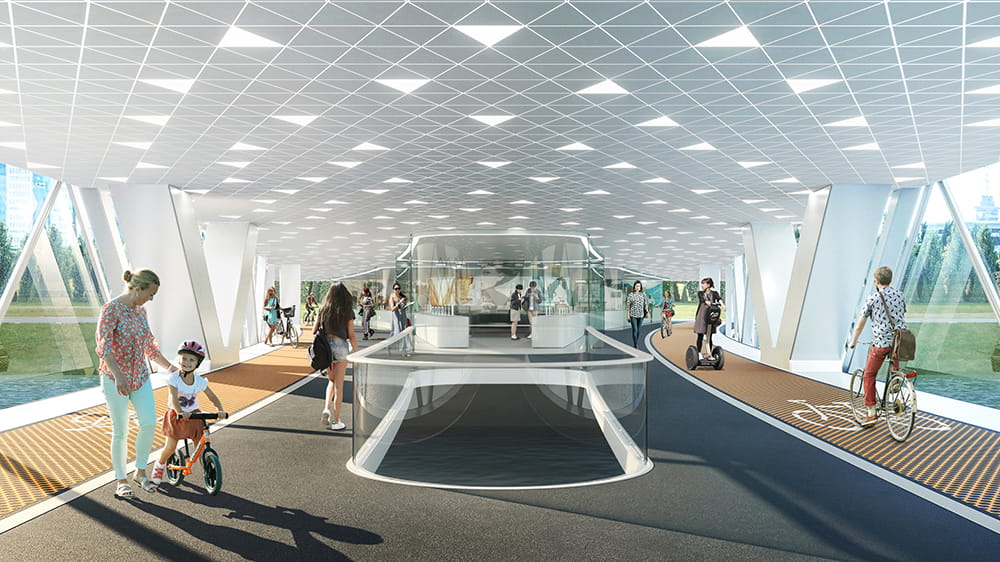 On the ground level the building connects two important parks over the river Ishim via a publicly accessible pedestrian and bicycle bridge. A two-story high shopping mall is positioned above it. Two monumental triangular shaped lobbies on either side of the circular opening’s base are the main entry points for the luxury residential and multi-functional wings of the tower. On the rooftop a publicly accessible terrace offering views over the capital’s skyline. 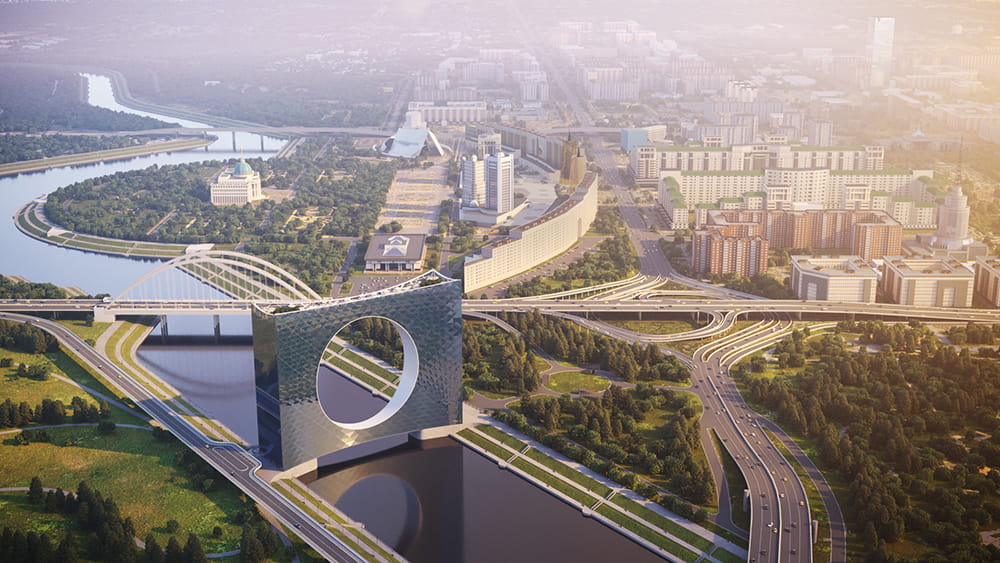 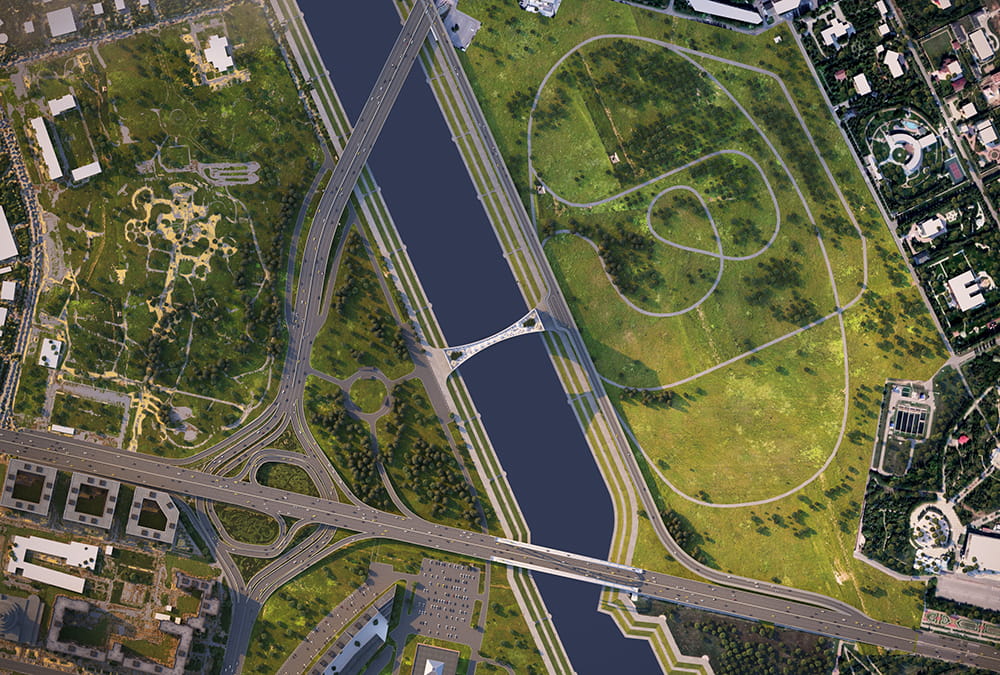 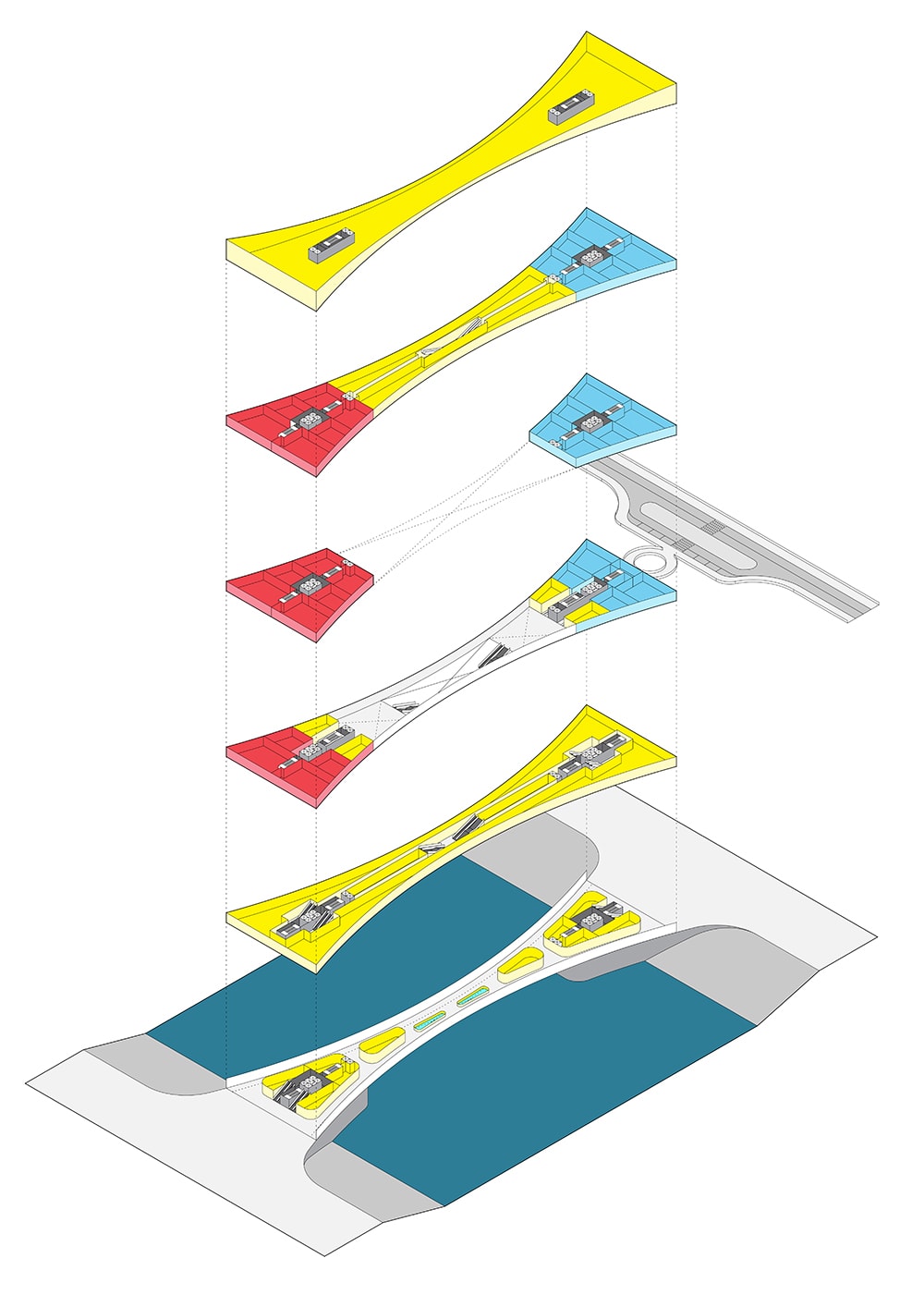 The project utilizes the power of the water stream in the river underneath. It doesn’t require a typical dam for creation of hydroelectric power, but introduces a narrower river cross section under the building to increase the stream speed and its power. Heat pump and smart building orientation avoids overheating of the building from the south-western side during hot summer days to maximize the efficiency of the building. The project creates new user-friendly connections on the street level between key parts of the city and becomes a new anchor point for business, life and recreation in the City of Winds.