This disturbing journalistic photo was 1st prize of General News Stories and World Press Photo in 2011. It shows a man throwing the body of a dead child into a makeshift morgue at the general hospital in Port-au-Prince, Haiti, on Jan. 15, 2010.

A man throws a dead body at the morgue of the general hospital, January 15, 2010 at Port Au Prince following the 7.0-magnitude quake on January 12. More than 50,000 people were killed and 250,000 injured by this week’s earthquake, which also left nearly 1.5 million homeless, a Haitian minister said. After three days of Haitians being left to fend mostly for themselves in one of the world’s poorest countries. AFP PHOTO OLIVIER LABAN-MATTEI (Photo credit should read Olivier Laban 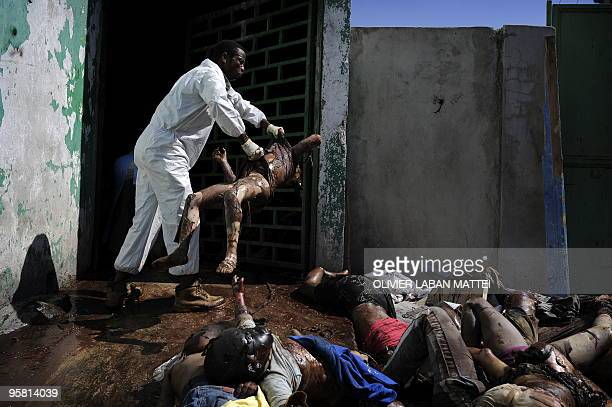 Winners of the Weather Photographer of The Year 2020

Winners of Wildlife Photographer of the Year 2020