Born and raised in Seoul, South Korea, Heesoo earned her BA in art from Ewhs University, Heesoo began a full time studio practice in Bekeley, CA in 2000 From there she relocated to Maui, where she eatablisheda thriving studio business. Heesso was summer resident at the Archied Bray Foundation for Ceramic Arts in 2013 and returned in tha fall of 2014 as a long time resident artist. She currently a full time studio artist in Helena, MT.
Heesoo Lee’s work explores the vulnerability of the human condition throughtthe metaphor of the natural world. Her artistic language, formed by observations of material , nature and place, engages with themes of identity, connection, and time.. In describing subtle variations of light, texture, color and shadow as they exist in nature, Lee is, Fundamentallly, illuminating a range human emotions and the humbling reality of being a feeling person in a vast and changeable world.
Her sculptural vessels are created from porcelain and whtie stoneware and after construction, are painted with layer upon layer of underglaze. Her painting medium of pigmented clay is so light that it often requires thirty or more layers to achieve the magnificent depth and realism for which she has become renown, but the analogy to painting ends is the kiln. During firing , the layers of undergalze can react with one another and change colors, at higher temperatures, yelllows, reds, and oranges want to evaporae out. As a result, Lee’s handling of the ceramic material, through intricate and precise, is also marked by an intutive use of imagery and surface treatents that offer reward throught risk taking. Lee’s work resonates with feeling, refleting on human moments of transcendence marked by both strength and fragility ad fleeting enocunters with the world are made profoundly permanent. 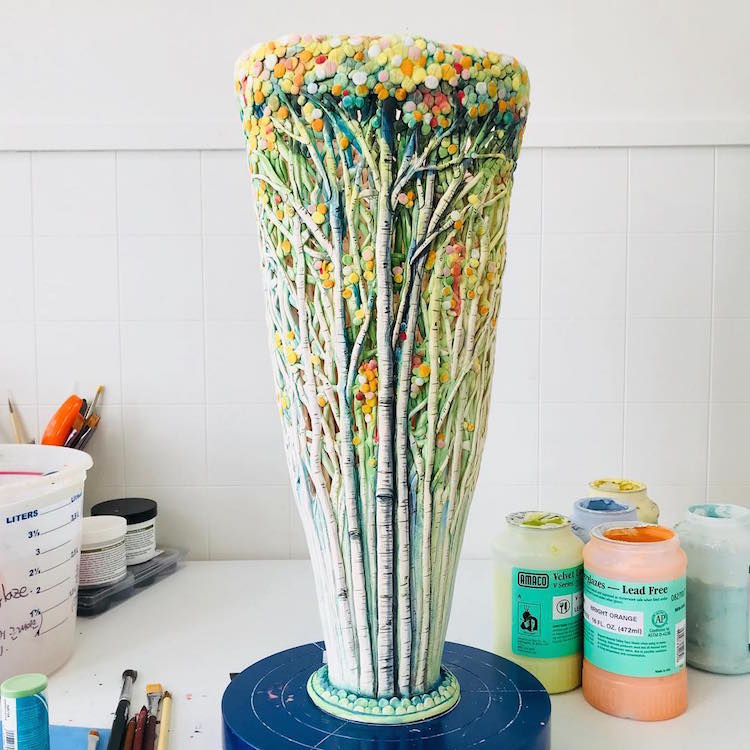 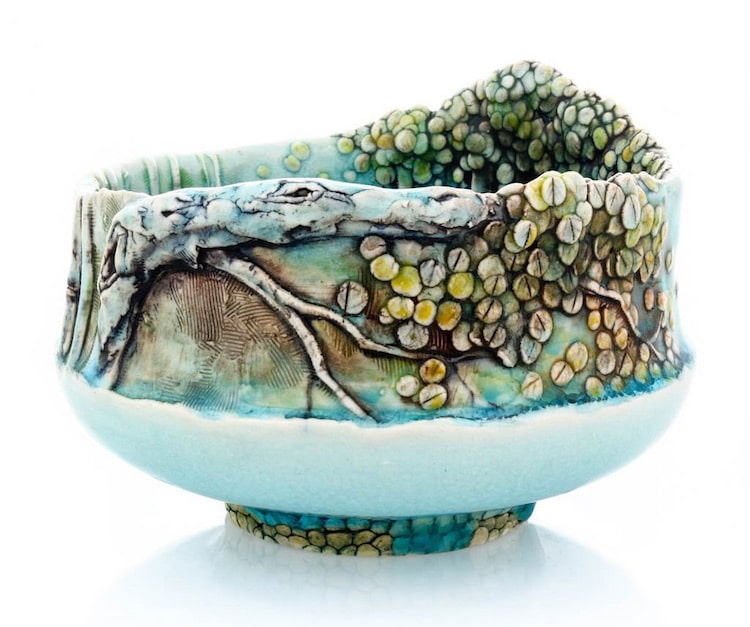 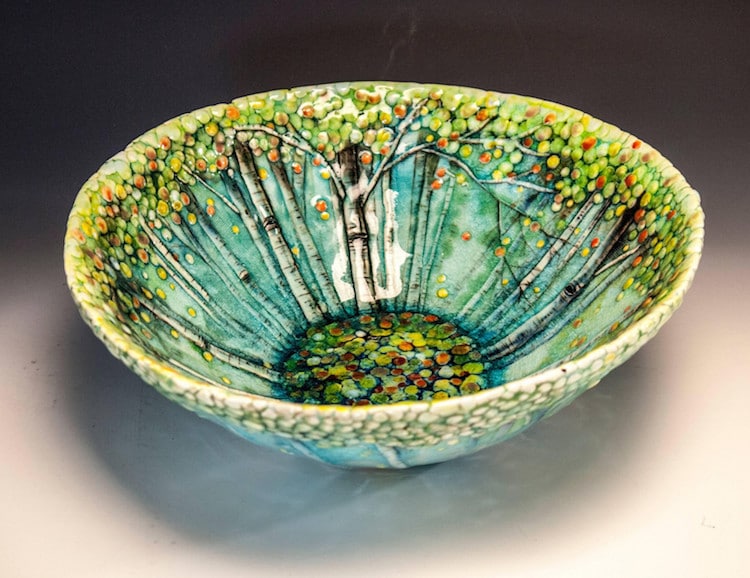 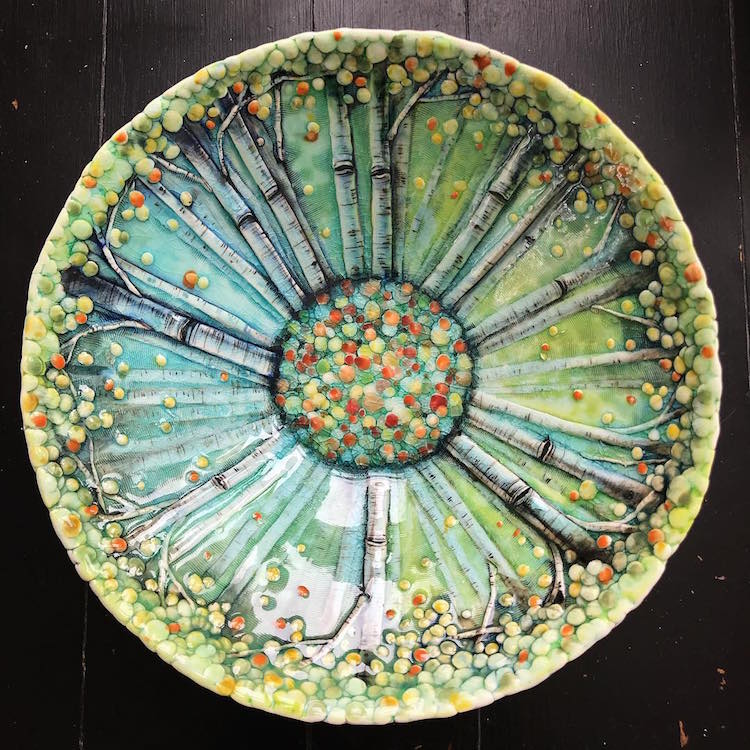 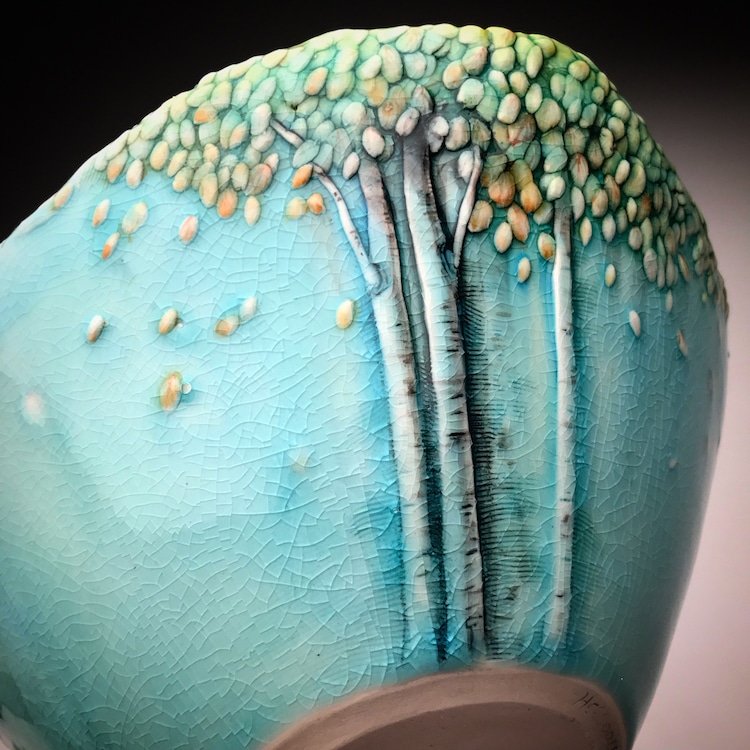 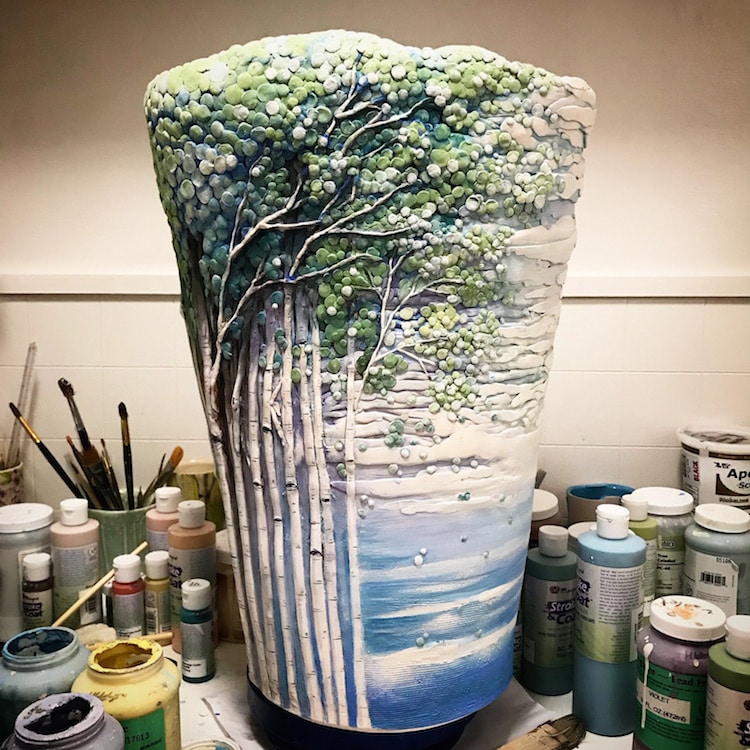 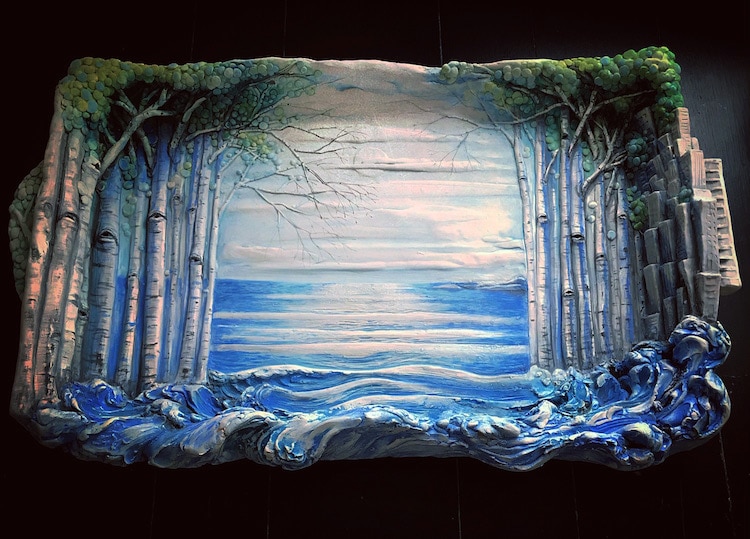 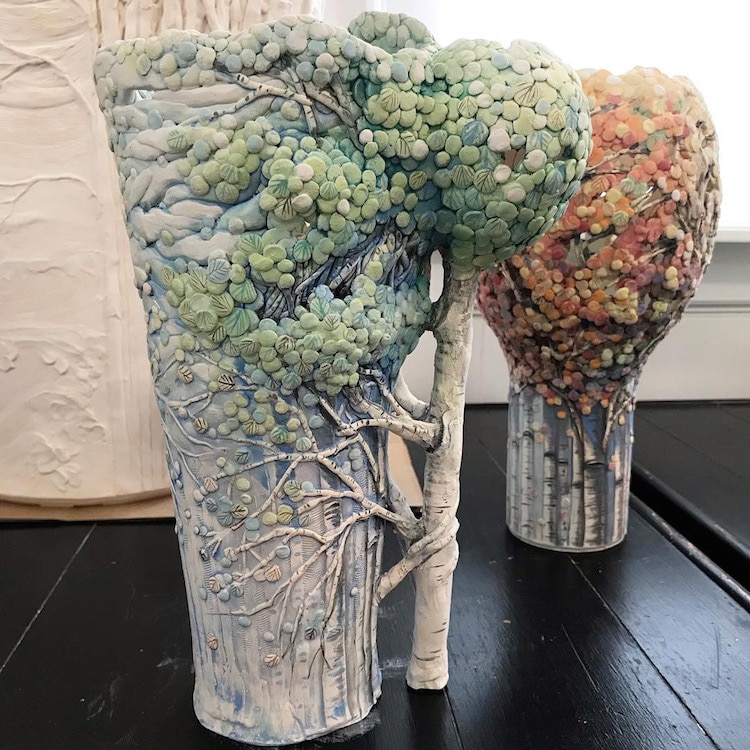 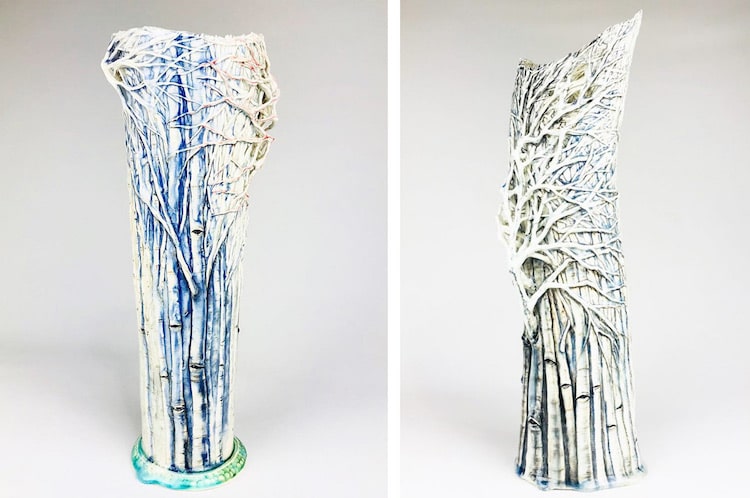 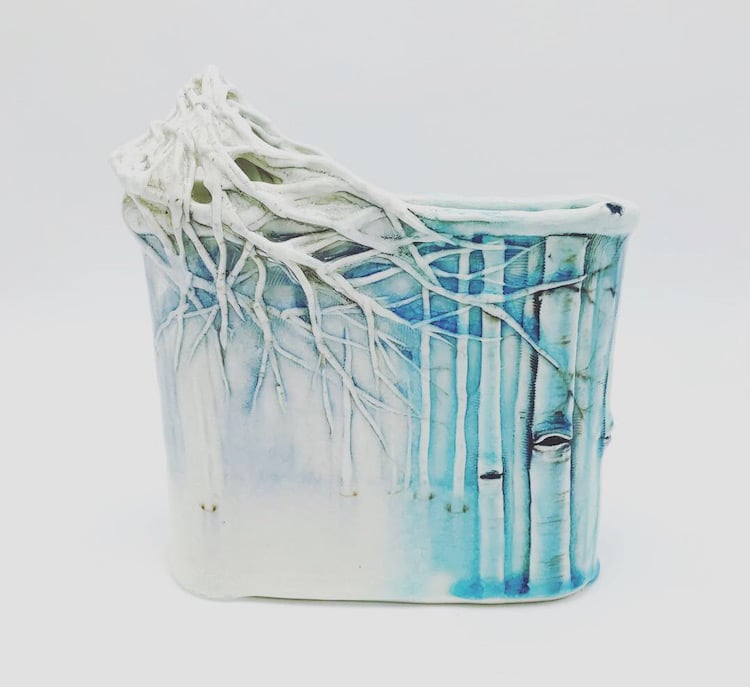 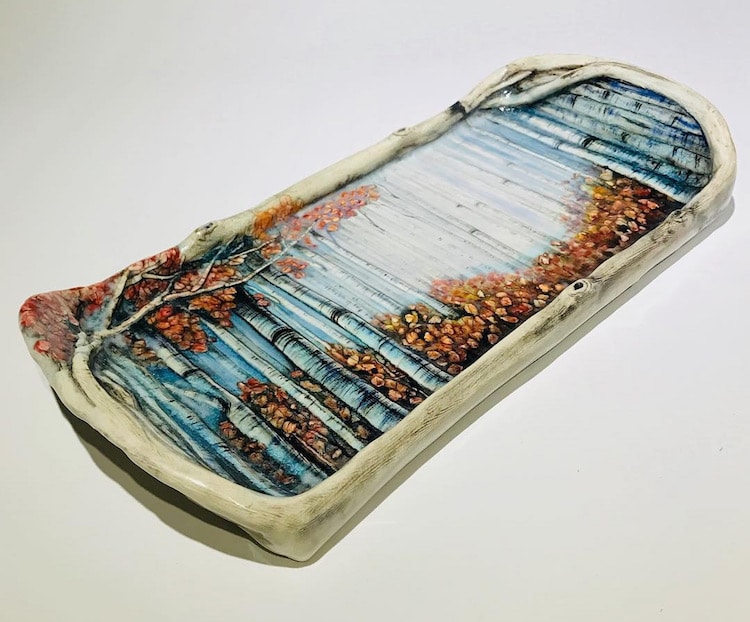 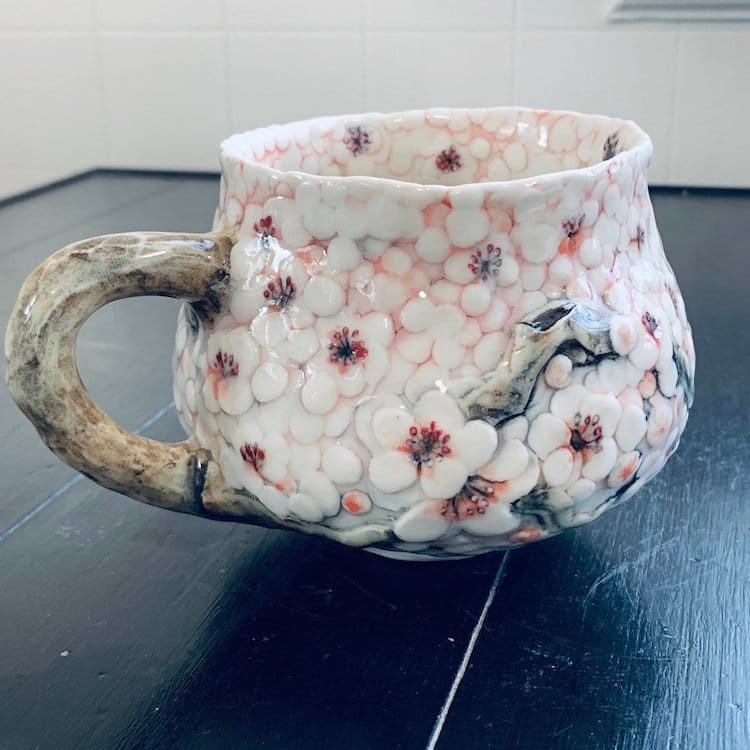