Share Share
Paris-based SCMP Design Office has picked up an Interieur Award for its lighting system that draws on the aesthetics of the International Space Station and contemporary aeronautics.
Dorval is available as a pendant light, a track lighting array and a table light. Each version features the same 11- by 11-centimetre lamp head made from a single piece of powder-coated aluminium. 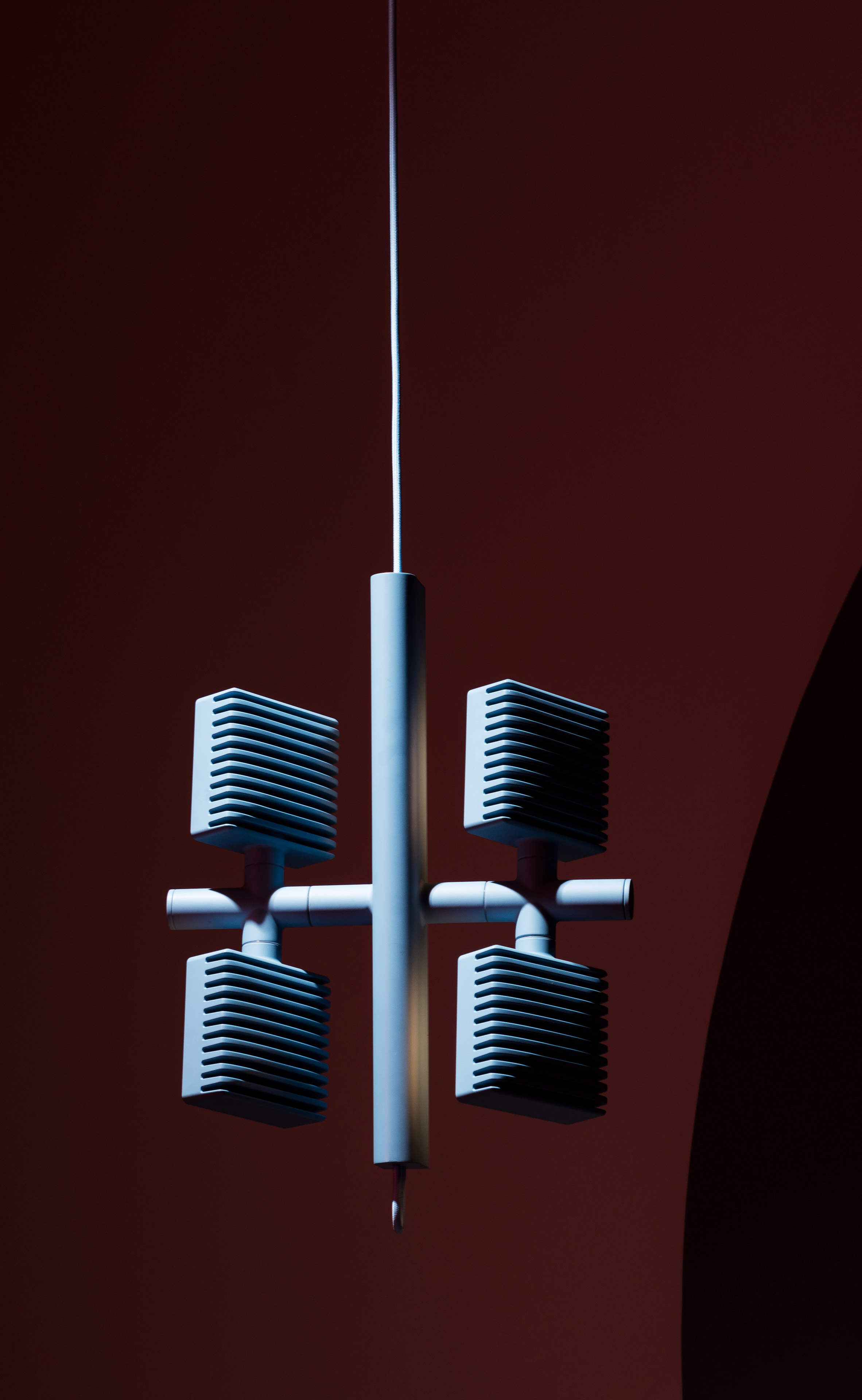 The pendant light, which was the first design in the series, features four of these heads arranged around a cylinder that is fixed to a rectangular core with rounded edges, like elements on a satellite or space station.
Each head can be angled to redirect the light, and the cylinder can also pivot to change the array. The pendant light was originally made as a prototype for a gallery commission. 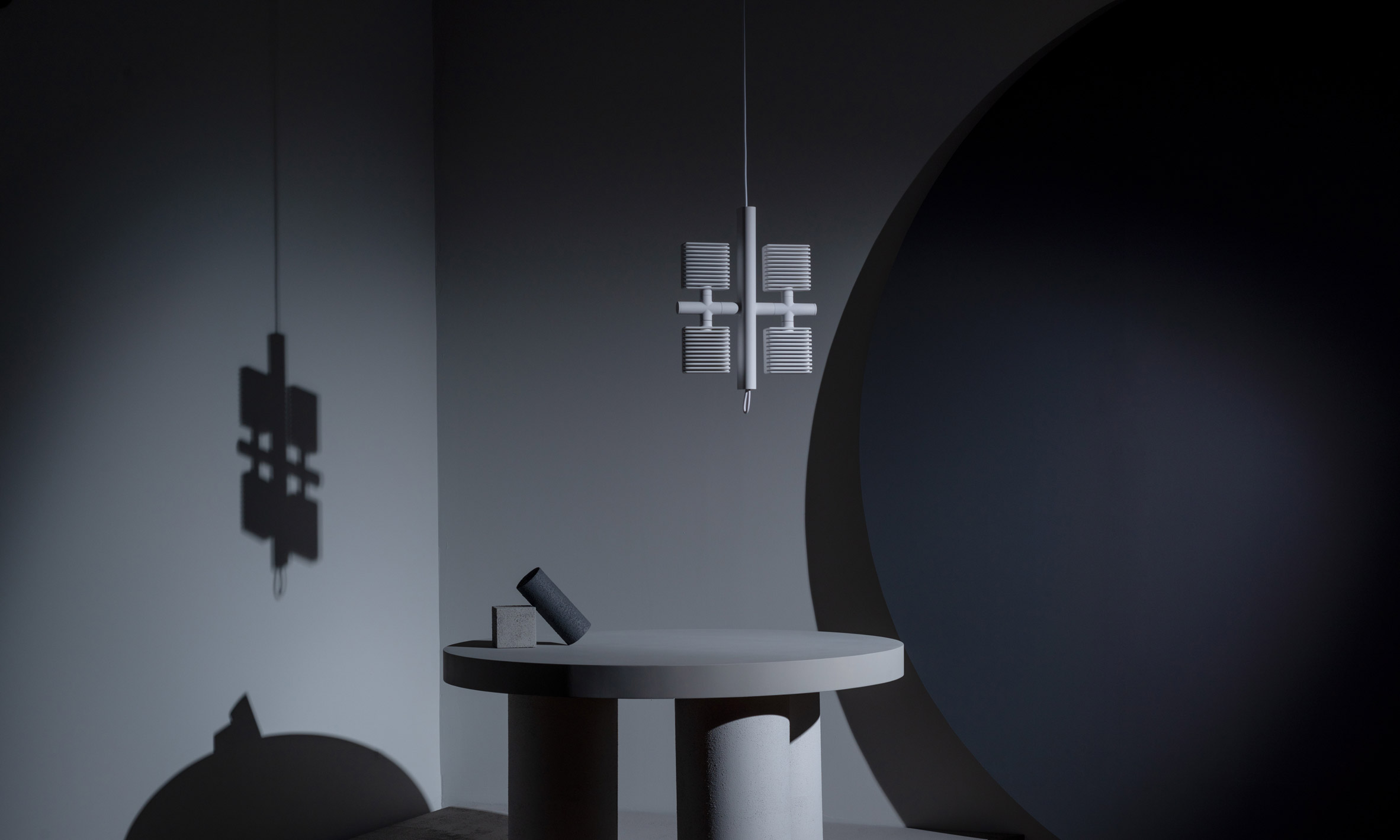 “We had been completely free in the shape and purpose of the object, so we decided to do a lamp based on the aesthetic of aerospace and spaceships and this kind of idea,” explained Sébastien Cluzel, who runs SCMP Design Office with Morgane Pluchon.
“The international space station of NASA was also a good reference for us,” he told Dezeen.

The original design was spotted at a design fair in Paris by Samuel Lambert of Canadian manufacturer Lambert et Fils, who helped the designers develop new versions for production.
“We made the very first pendant light with four different heads that can move in every different direction, so we can move the light everywhere in the space, diffuse it or make it more direct,” said Cluzel. 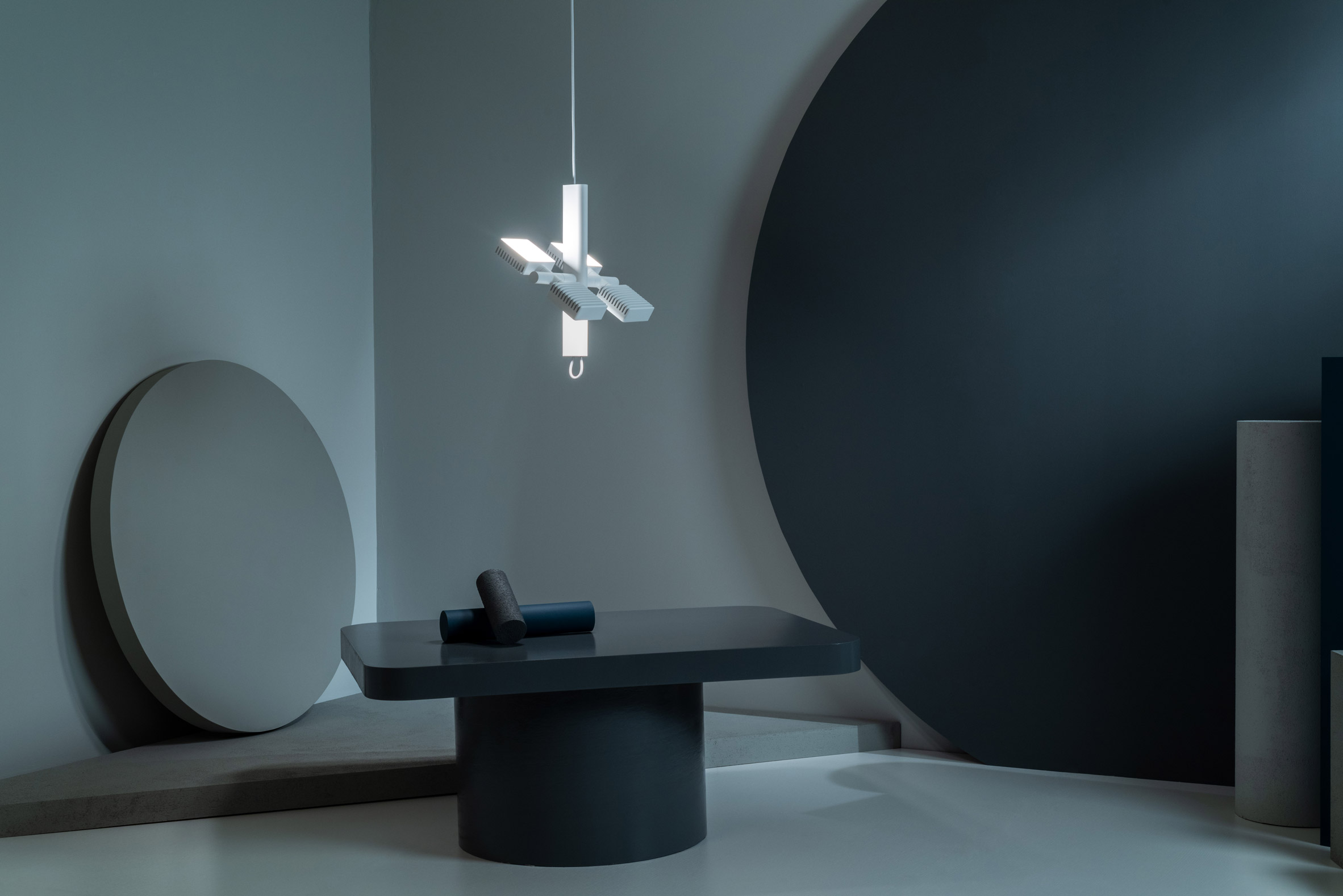 The table lamp features a single head on a powder coated stand made from two slender cylinders and a circular base, while the track version can accommodate multiple heads on a horizontal core that is suspended from the ceiling with cords at either end.
The back of the heads is ridged to act as a heat sink, meaning that the light remains cool to the touch even if the LED inside is switched on all day. An acrylic glass cover with a subtle lattice helps diffuse the light.
Each version of the design has a warm and cool light setting to allow the user to change the effect of the lighting. 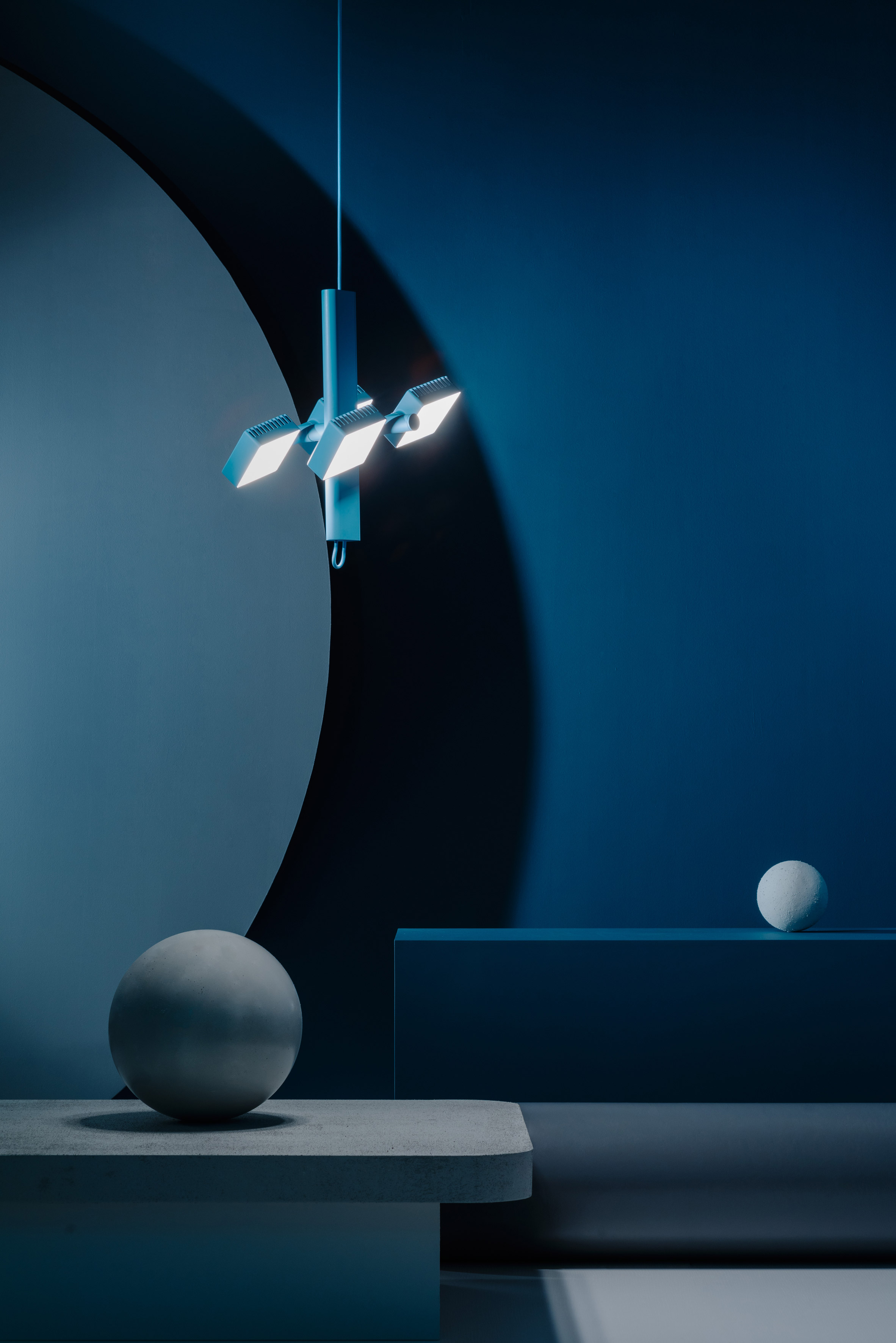 Dorval was one of two winners of this year’s Interieur Awards in the Objects category. The awards are held as part of the Biennale Interieur, the world’s second oldest design fair, which takes place in Kortrijk, Belgium. This year’s overall focus for the biennale was showcasing young talent.
The other winner of the Objects award was Coil, a modular furniture design by Bram Kerkhofs, which uses elastic rope to create semi-transparent walls around cabinets, allowing them to function as both storage and display units.
Photography is by Arseni Khamzin from Lambert & Fils.
Source
Previous Post

The Moon Coffee Maker Drips With Caffeine and Cuteness

Wrist watch designs with modern minimal aesthetics that set you apart in the watch geek’s world!

The award-winning stilform INK fountain pen is back in invincible, everlasting black titanium

stilform’s vision for the humble is so incredibly simplistic and elegant, it won ...
PRODUCT DESIGN

When it comes to new concepts for iconic fashion staples, like watches, it’s ...
PRODUCT DESIGN

The most stylish, designer face shields

Earlier this year, as a response to the ongoing COVID-19 pandemic, New York ...