the concept of ‘the future paddock to market to plate’ is a vision for the future of the flemington market site in sydney, the historical site of the city’s produce markets, located next to the olympic stadium. as markets have announced they will be relocating, the proposal designed by tony owen partners envisages the redevelopment of this site as a model of urban renewal in the 21st century. the project includes a mix of all elements needed for a sustainable future in the same place — urban agriculture, employment, high-density living — and retains some market uses. 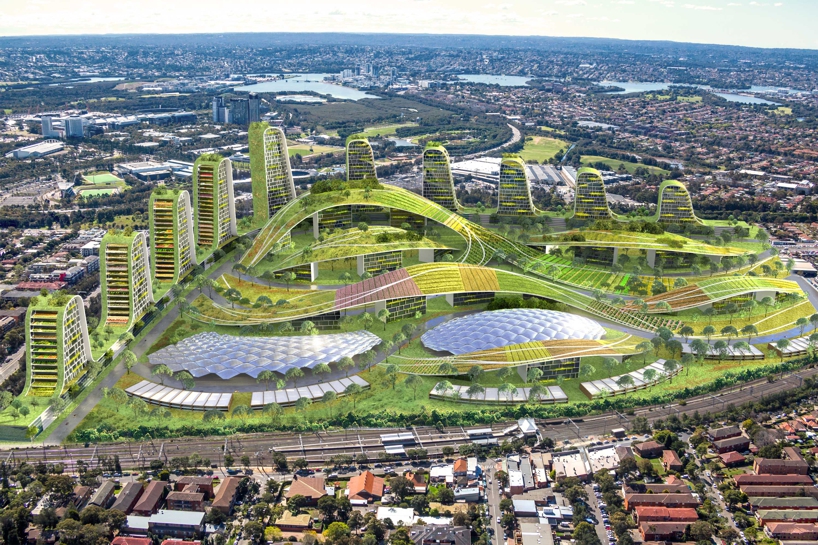 modern developed cities are up to 3 degrees hotter than rural areas because the green space is replaced by hard surfaces like roads which cannot absorb the solar energy — this is called the ‘heat island effect’. tony owen partners’ scheme tackles the problem by using the green roofs and giving 90% of the land surface over to parks, paddocks, and agriculture to supply 30% of the needs of the residents. 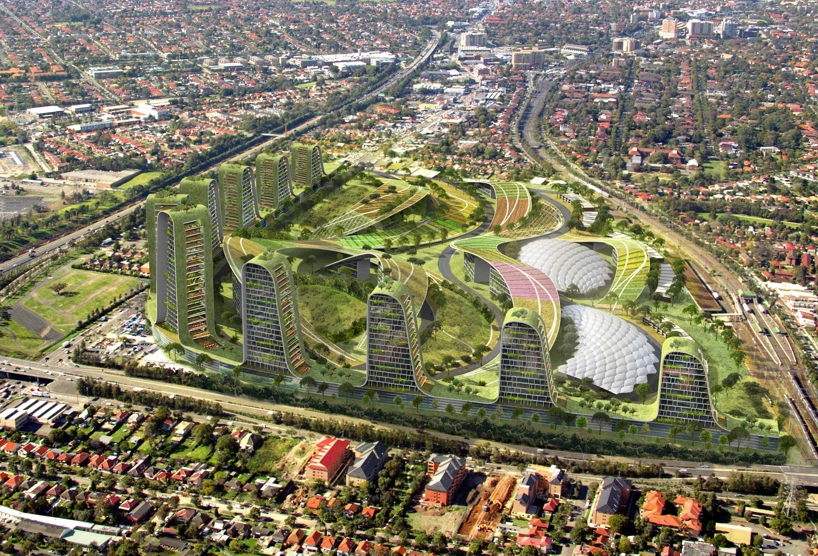 the energy costs of food and goods transportation are one of the largest uses of global energy. it chokes our cities with roads, trucks, and smoke. owen’s project claims that in the future, communities must integrate all of the elements of sustainable living in one place to reduce the impact of transport. 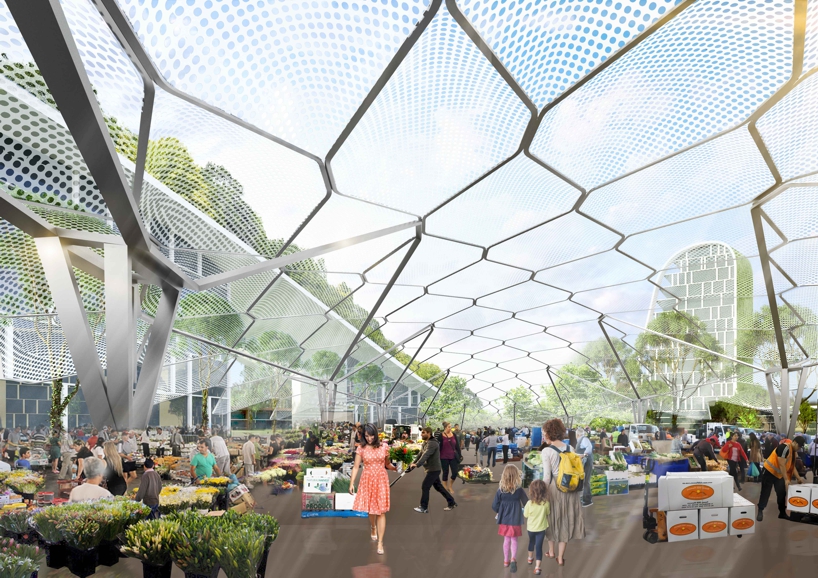 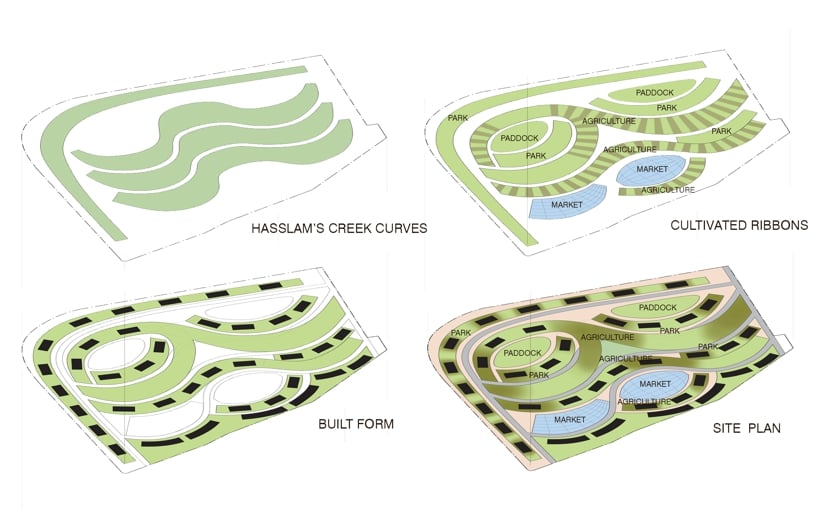