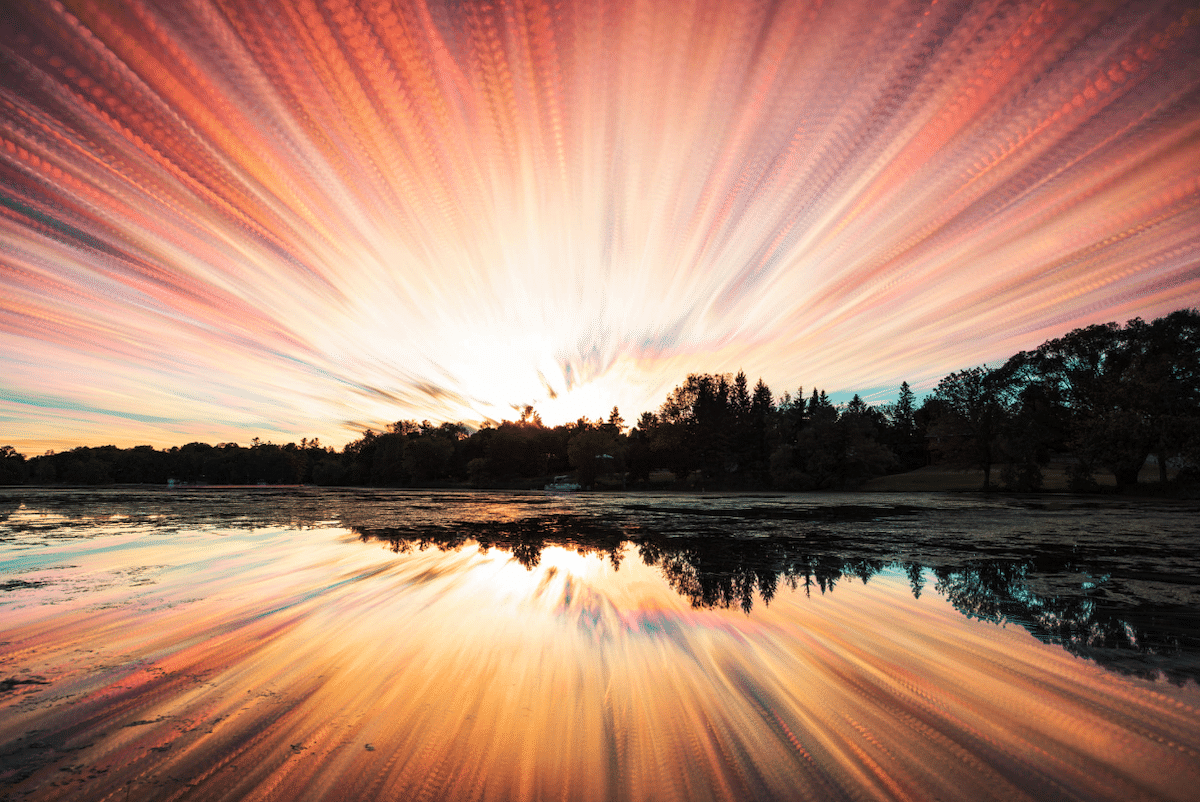 Photographer Matt Molloy has something in common with Impressionist painters. For the better part of a decade, the Canadian creative has crafted sky photography that look like paintings from the defining artistic movement. Depicting daylight and nighttime, the images appear as though they were manipulated with a brush and highlight brilliant hues that are smudged into artful changes of color—just like the painters of the late 1800s. Everything on the ground remains the same, and the effect results in subtly surreal images that celebrate the beguiling nature of the ever-present sky.

One of Molloy’s sky photographs is the result of many images (sometimes hundreds) digitally stacked on top of one another. His initial interest in this facet of photography was first inspired by star trail pictures. “The process goes back to the days of film photography,” he tells My Modern Met. “You can make them by combining multiple exposures. After making a few of my own star trail images, I wondered what it would look like if I used the technique on timelapses I’d shot during the day, and the results were pretty amazing.”

The amount of photos Molloy incorporates into a finished piece varies. “I’ve stacked under 10, and well over 1,000,” he reveals, “but most of them are around 200 – 300 photos.” Working in groups of 100 images, he devotes a lot of time to post-production. “I’ll spend about 10 minutes adjusting contrast, doing color correction and things like that,” Molloy explains, “while recording those actions so I can apply them to all the photos in the timelapse. That part is automated, but it takes the most time.” We’d say it’s time well spent!

Scroll down for some of our favorite of Molloy’s sky photography and follow him on 500px for even more of his spectacular work. 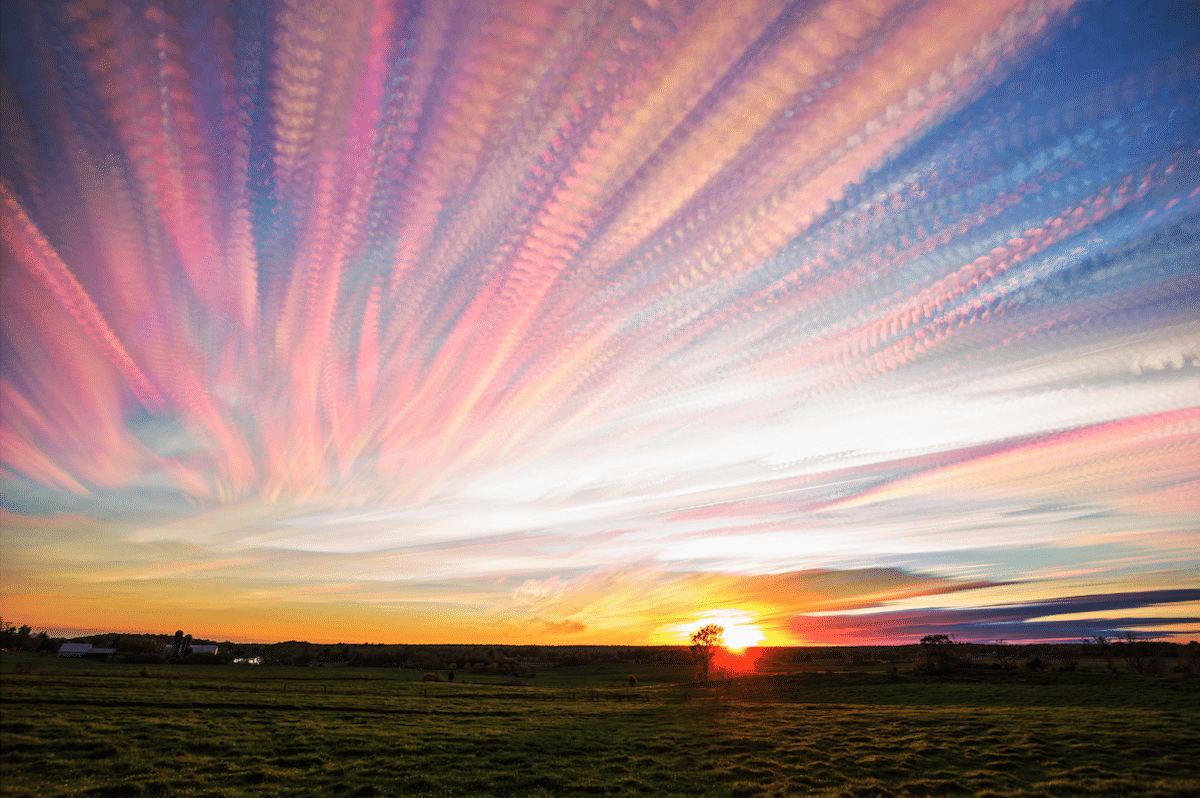 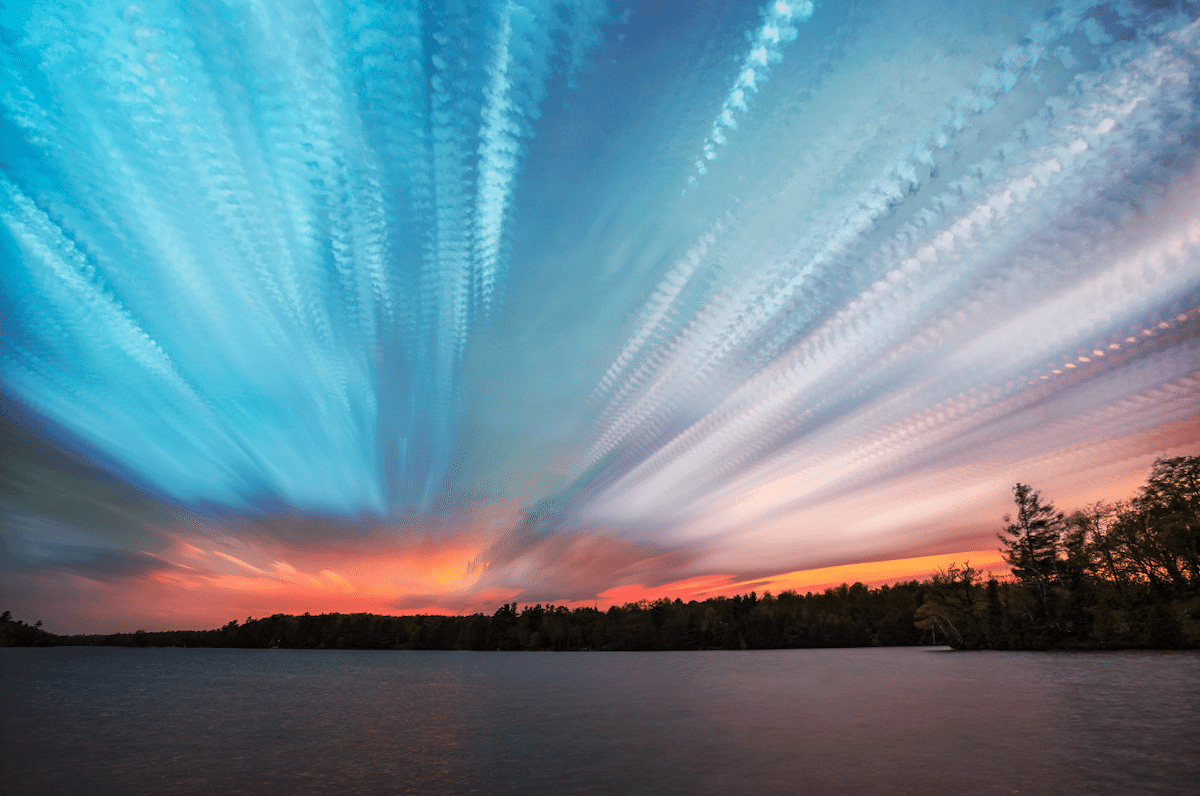 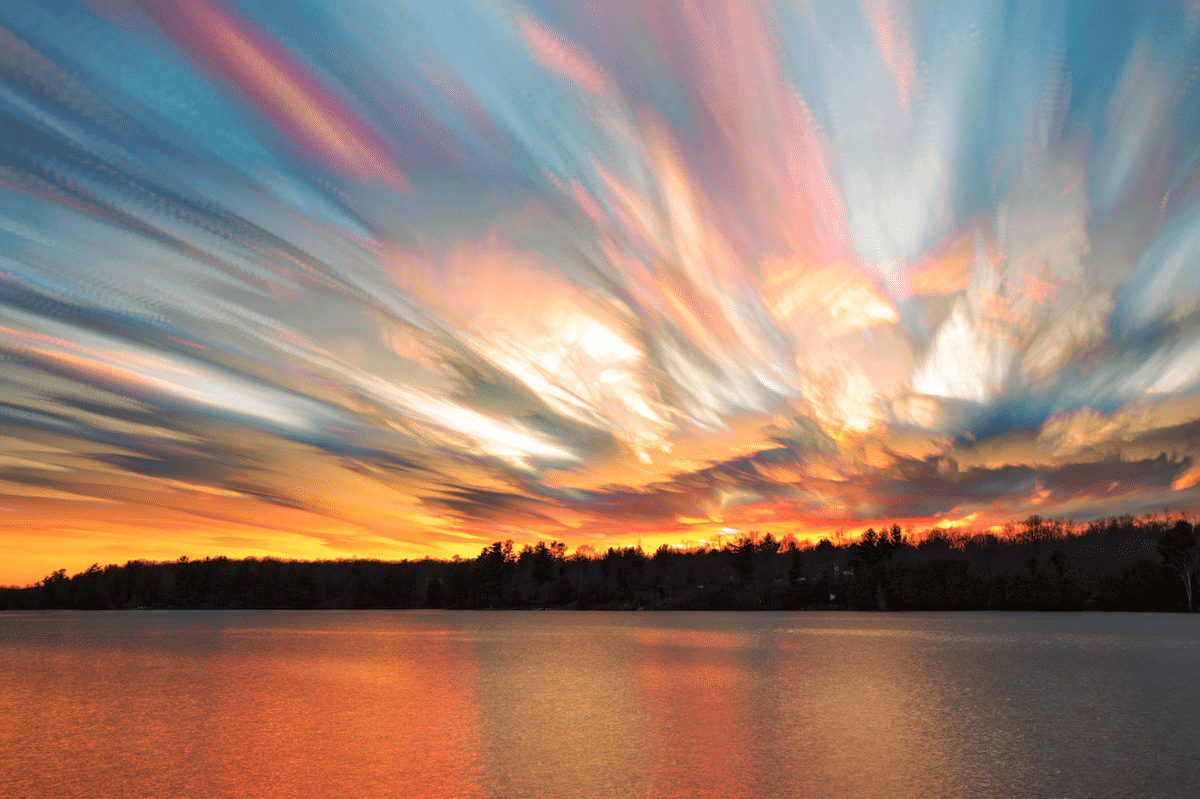 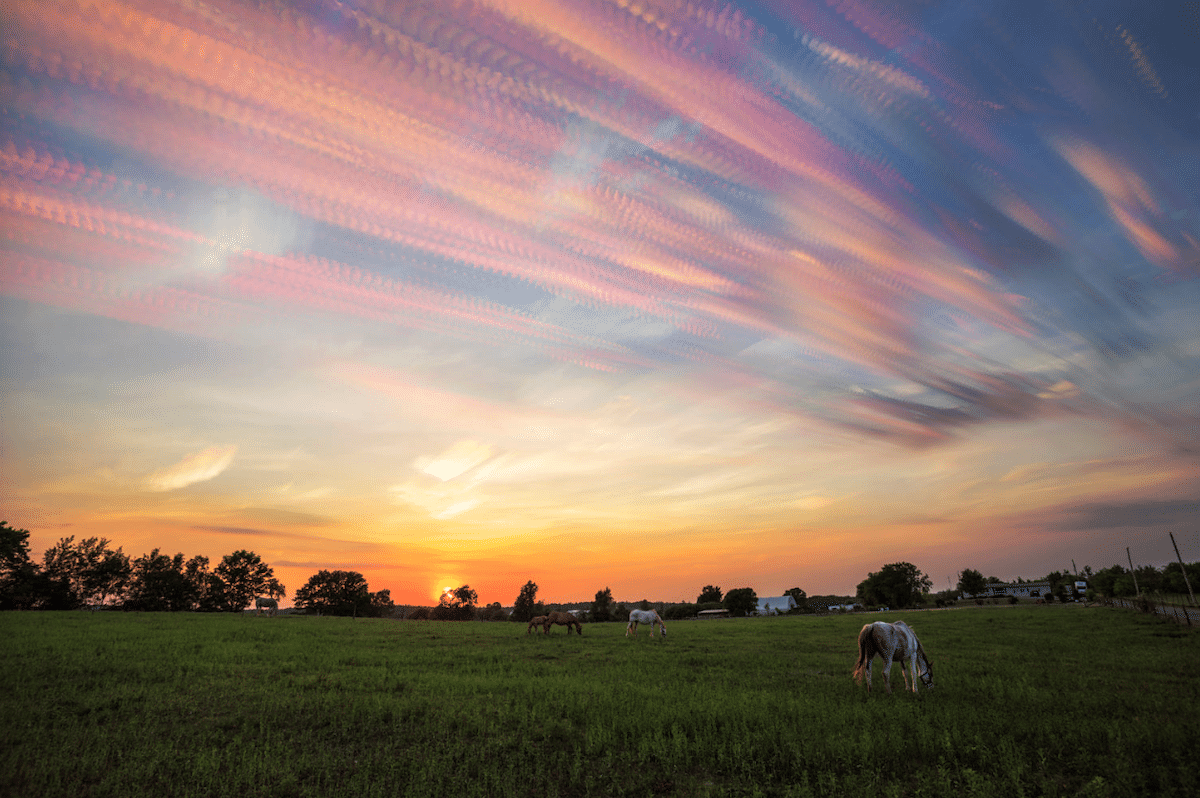 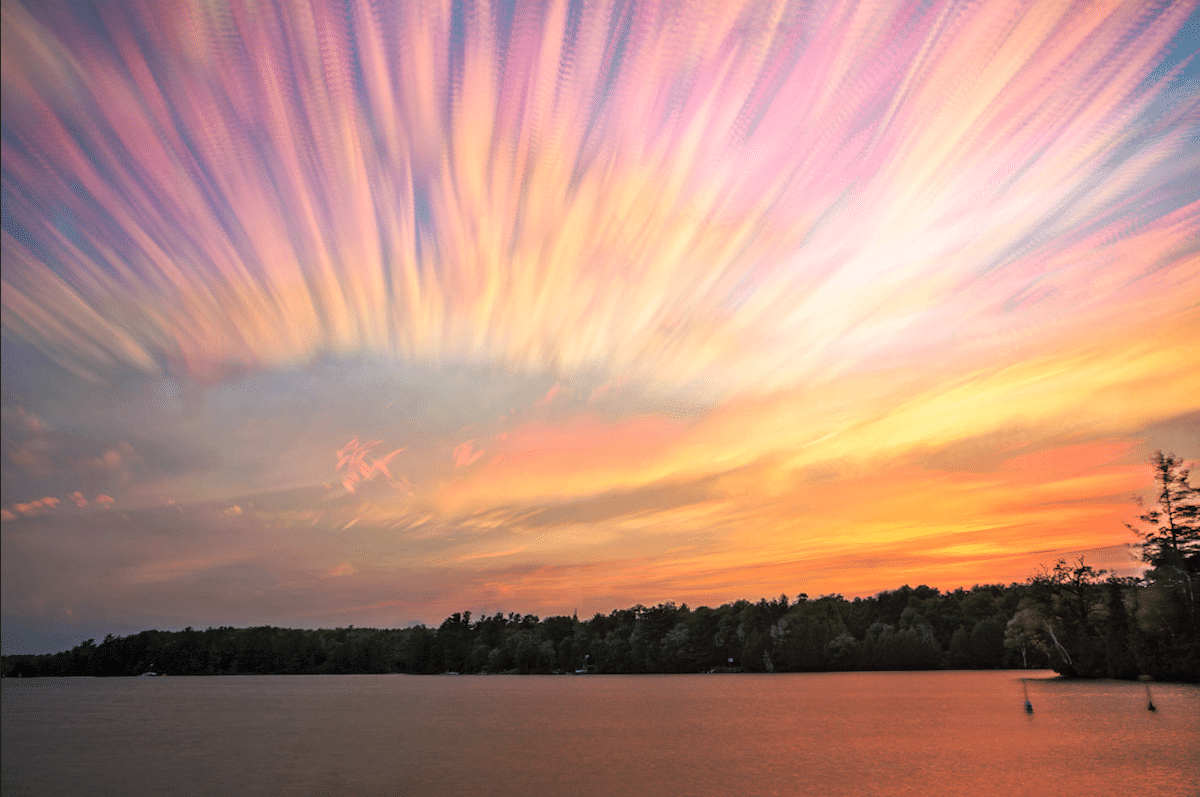 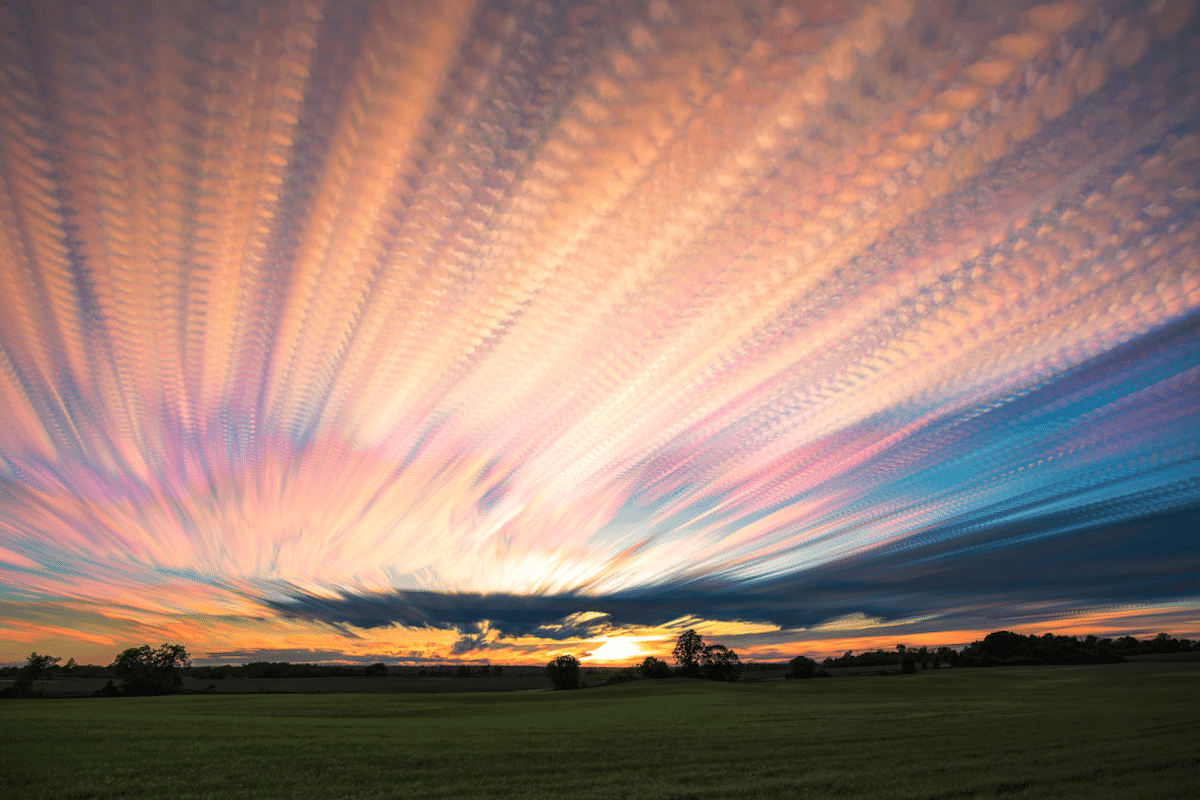 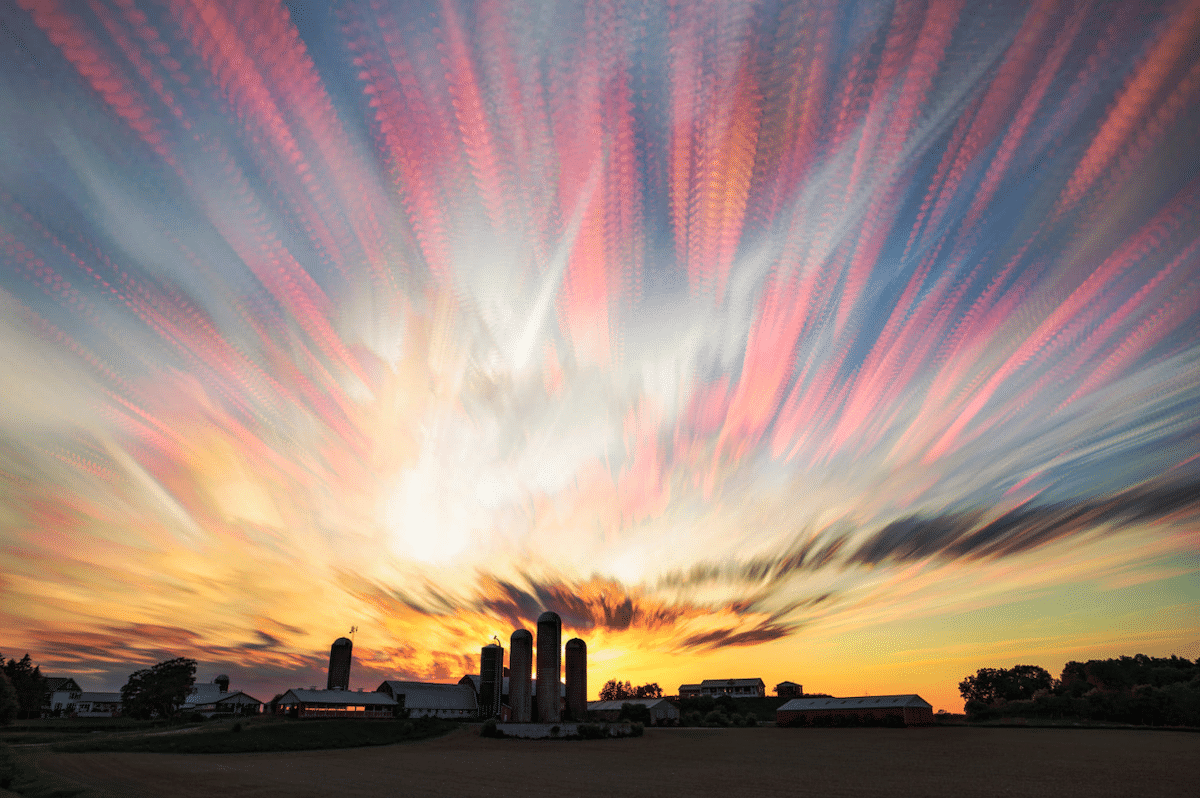 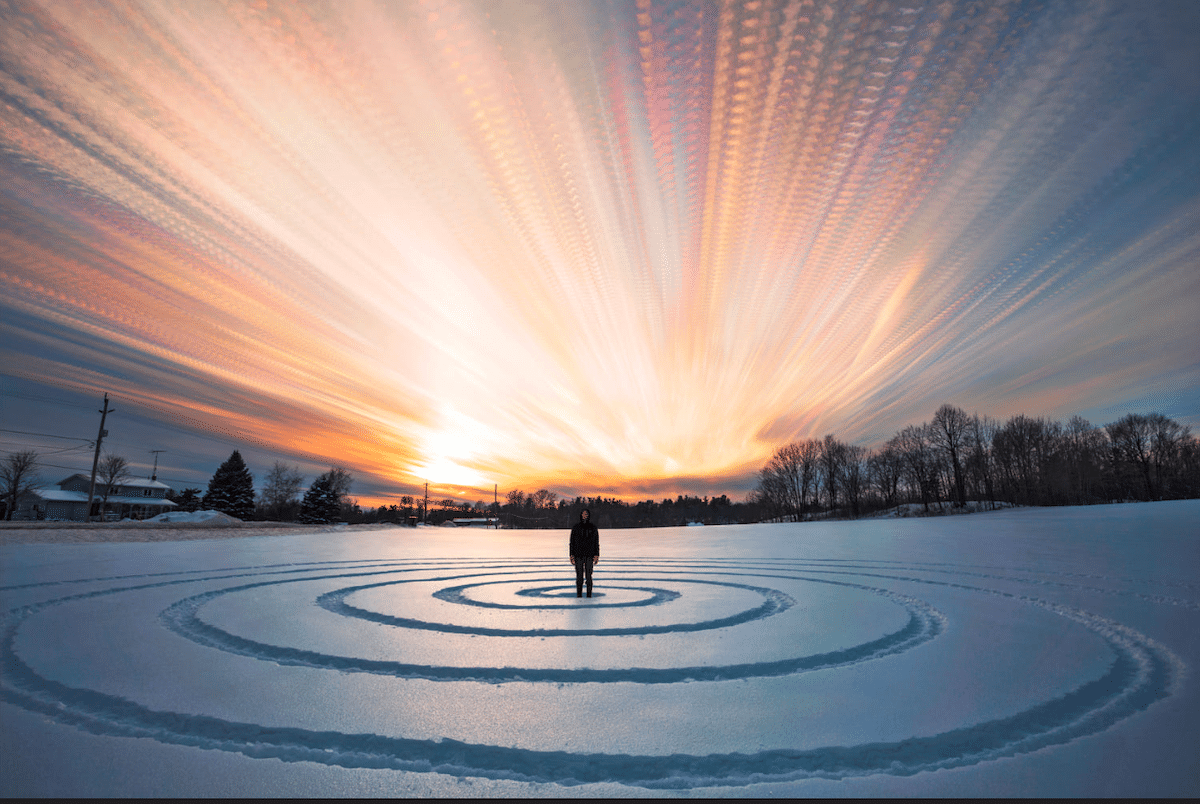 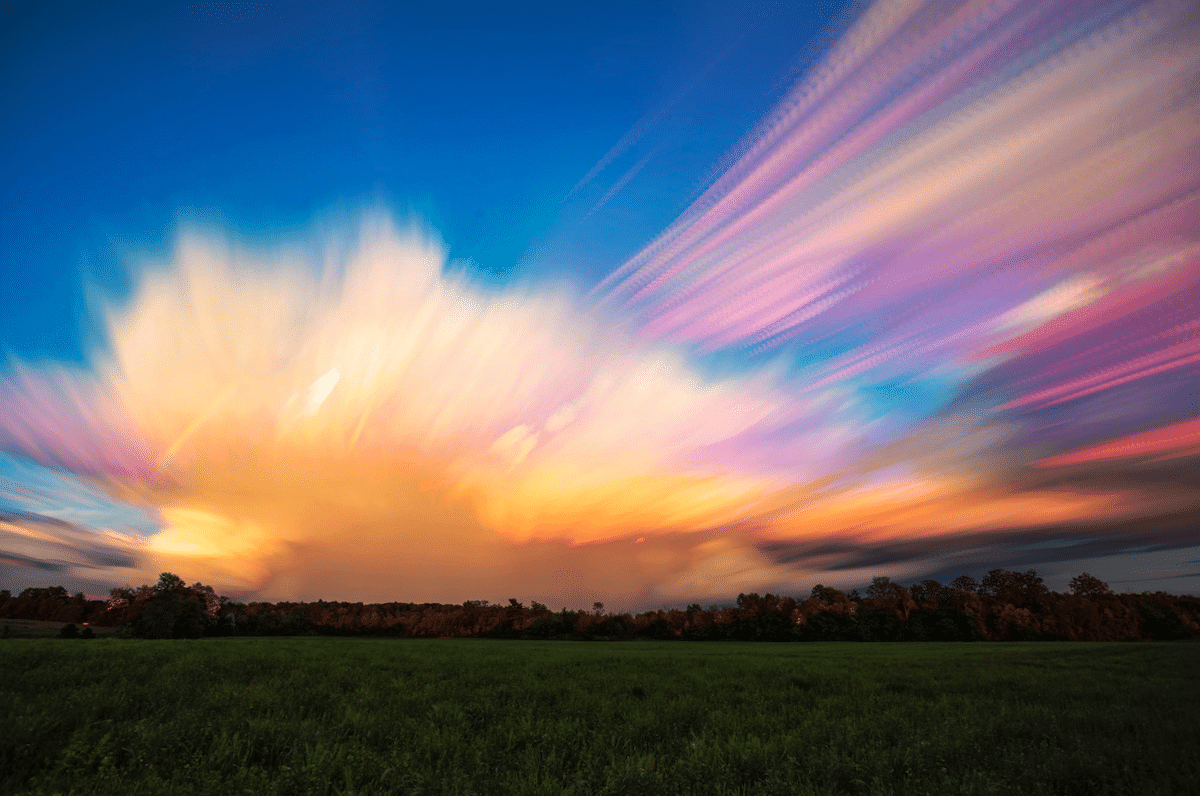 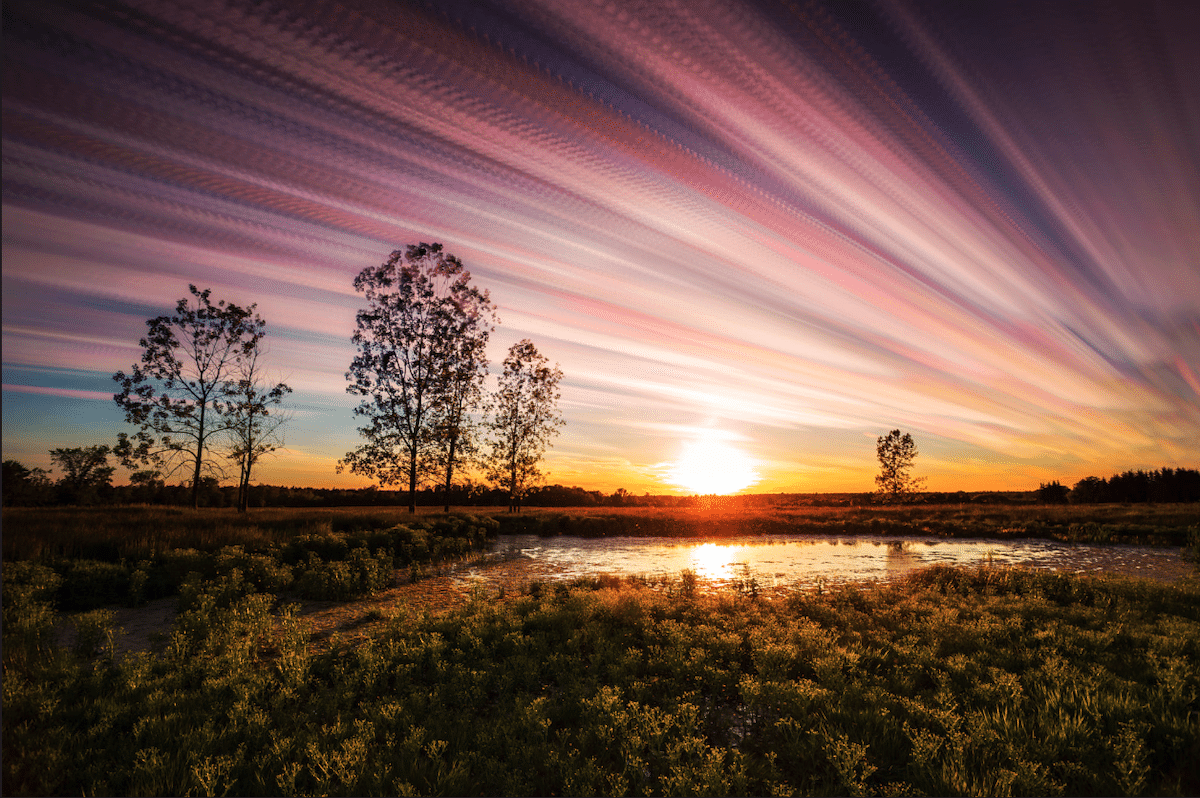 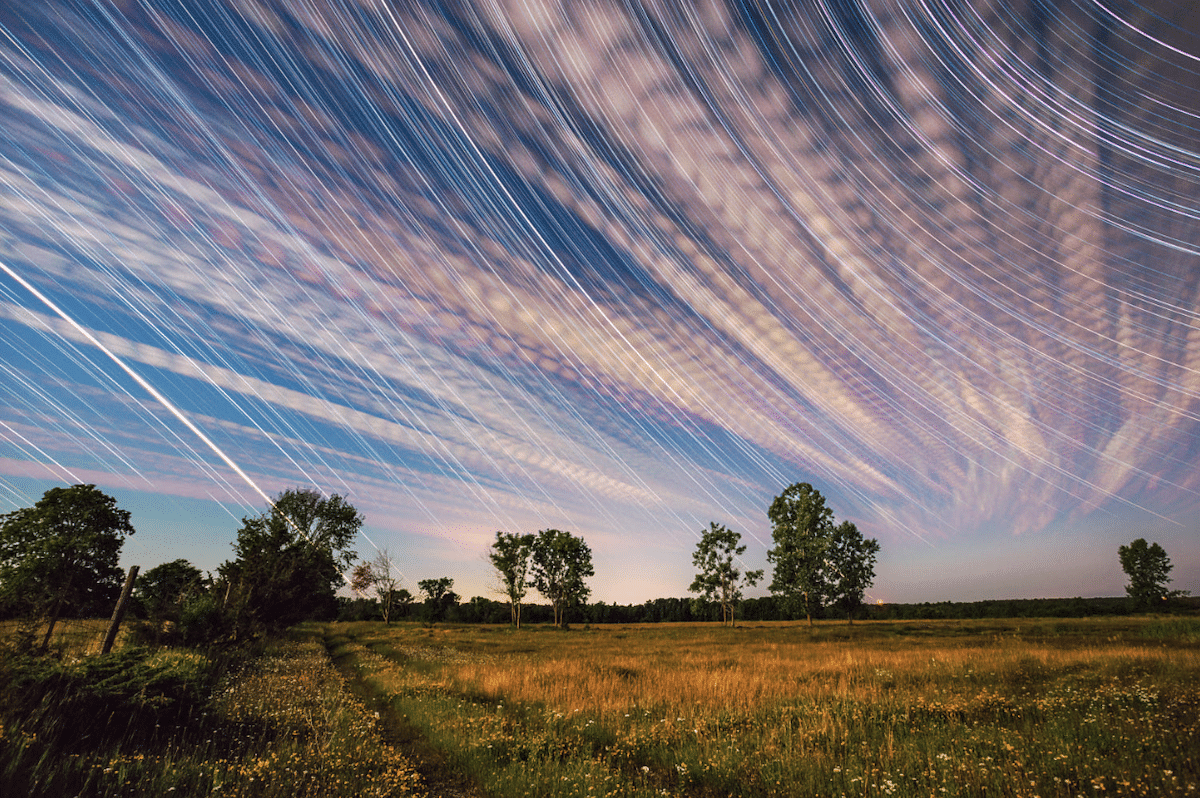 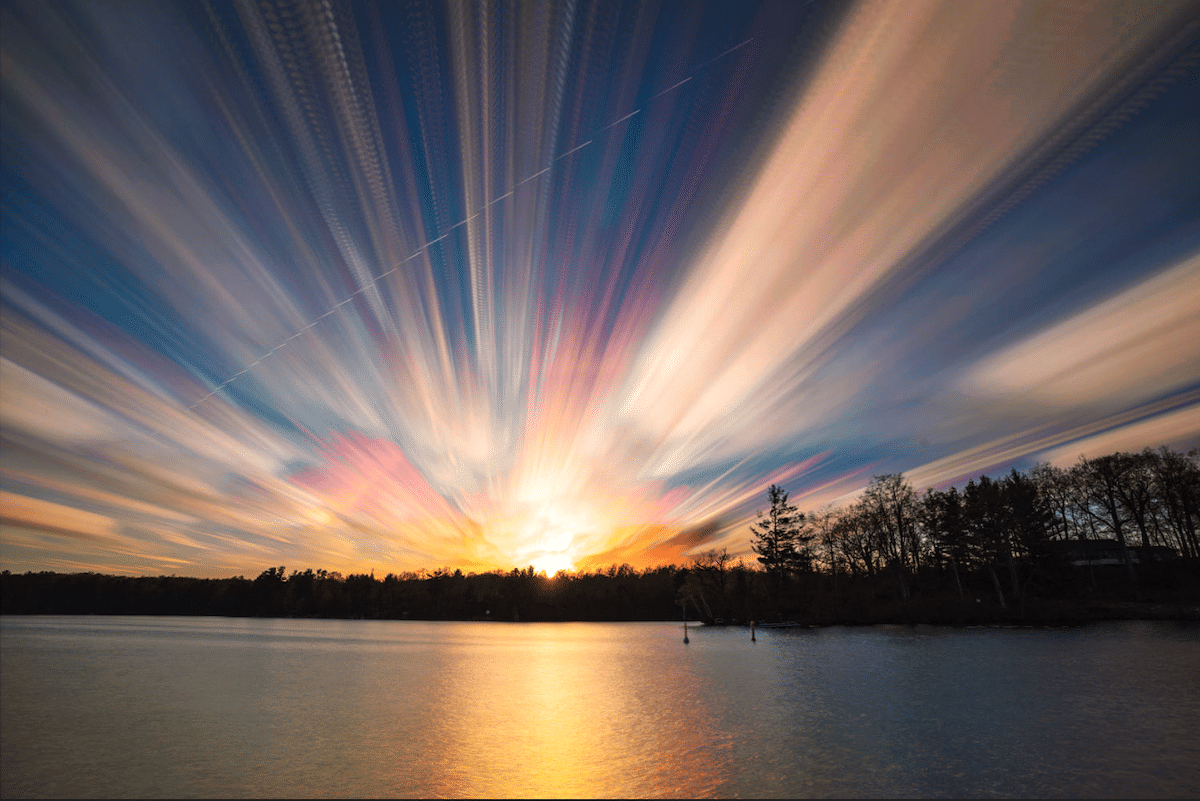 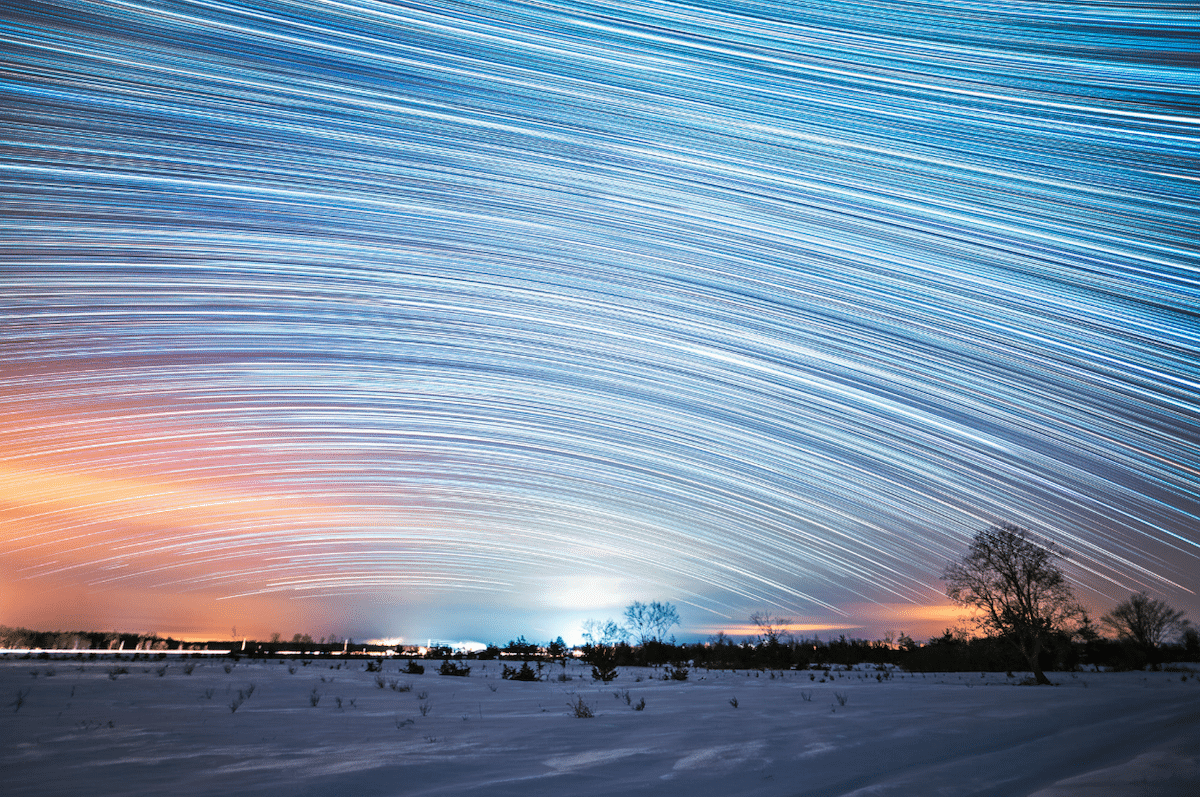 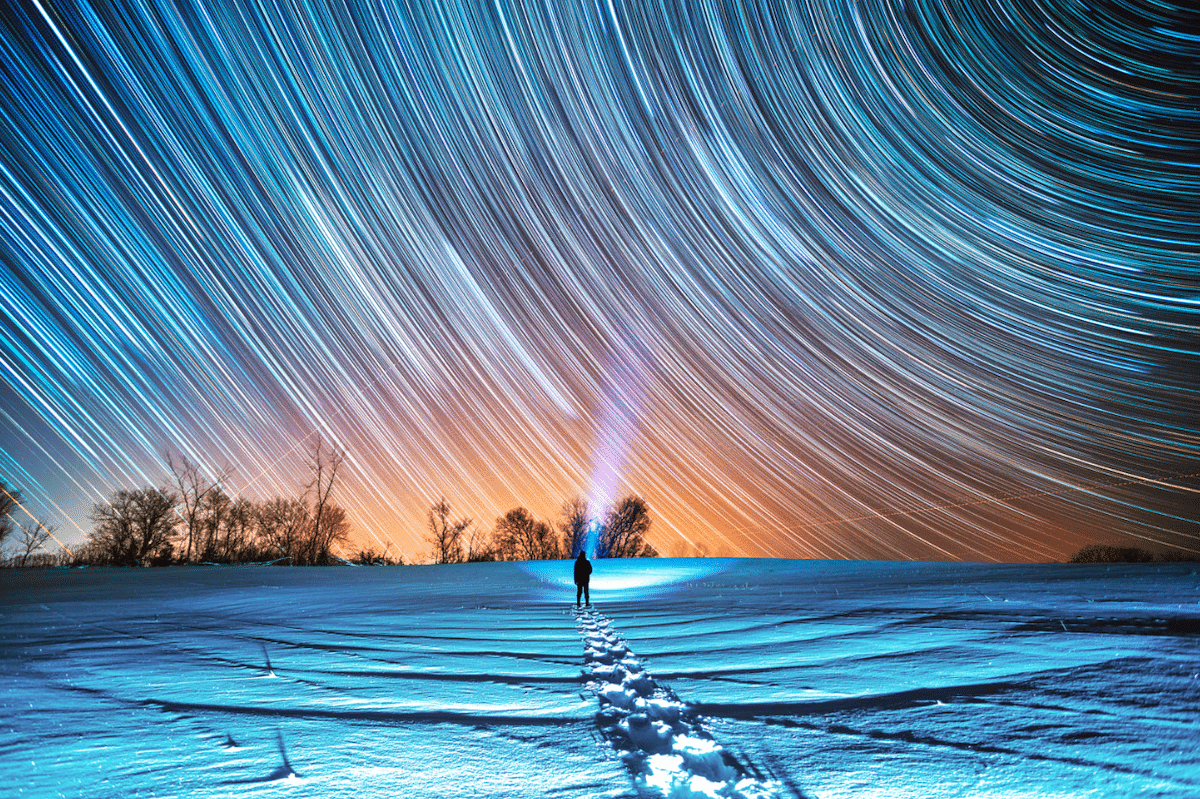 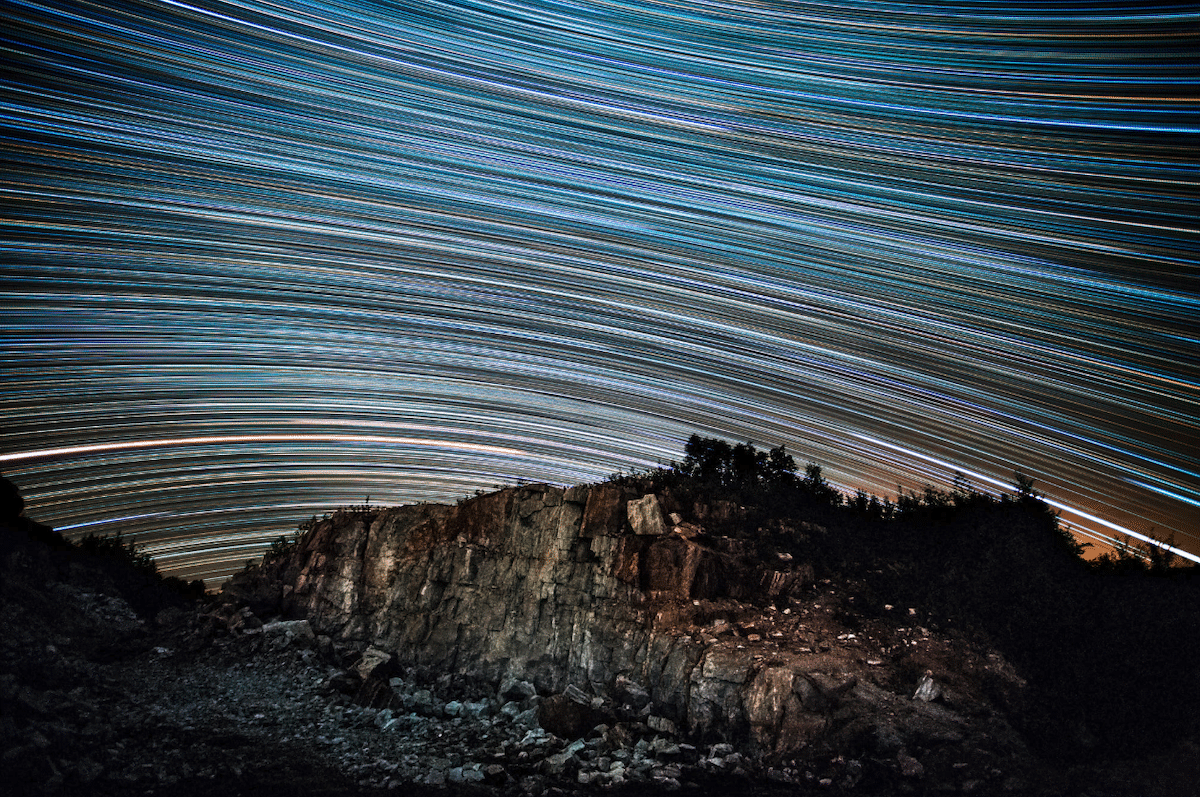 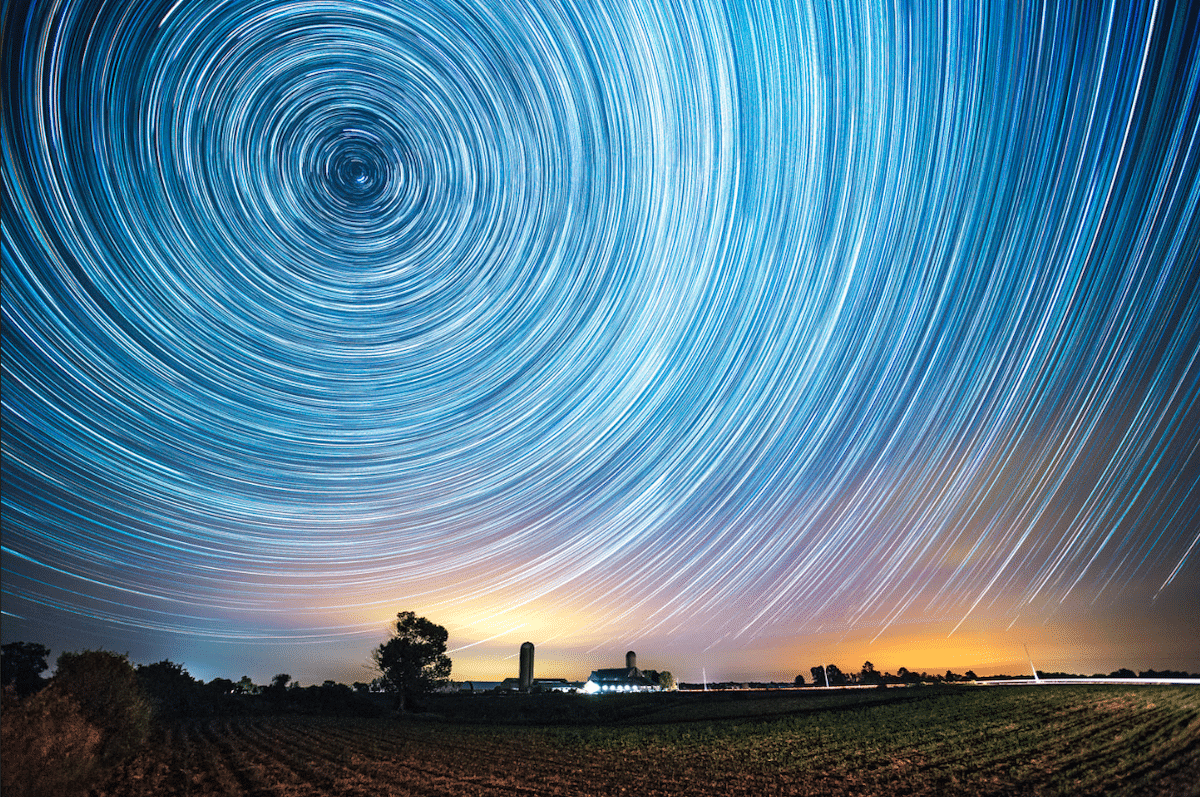 13 Iridescent Clouds That Light up the Sky with Colorful Rainbows

The post Spectacular Smeared Sky Photos Are Impressionist “Paintings” for the Digital Age appeared first on My Modern Met.