This abandoned petrol station in the White City district of London has been completely transformed by artists Craig Redman and Karl Maier. These two inseparable, who both live in different cities (one in New York and the other in London), are known for their various collaborations through illustrations and installations. In this project “Here After”, they wanted to give life to this abandoned place, while retaining the codes used in the marketing of fuel companies. A work in which striped awnings and directional arrows mingle with bright colors, inspired by those used in television test screens. A nod to the television center that hosts the BBC, which is a few steps from the abandoned station. 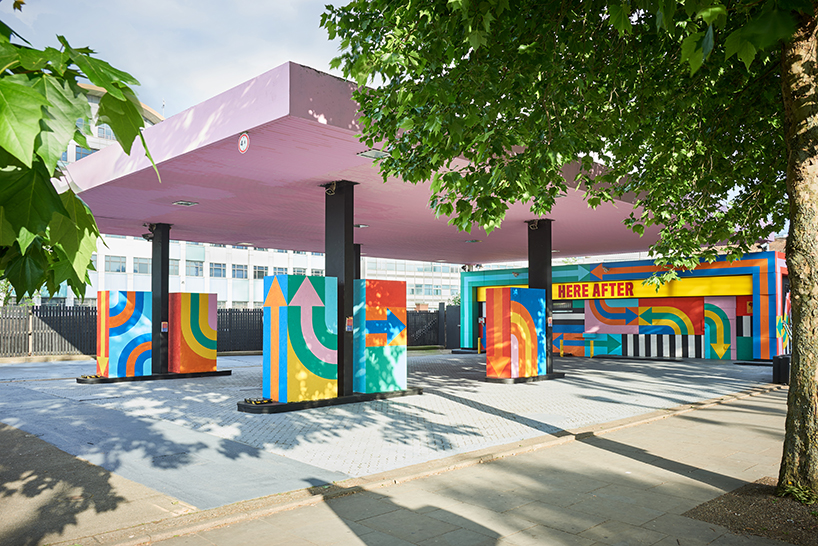 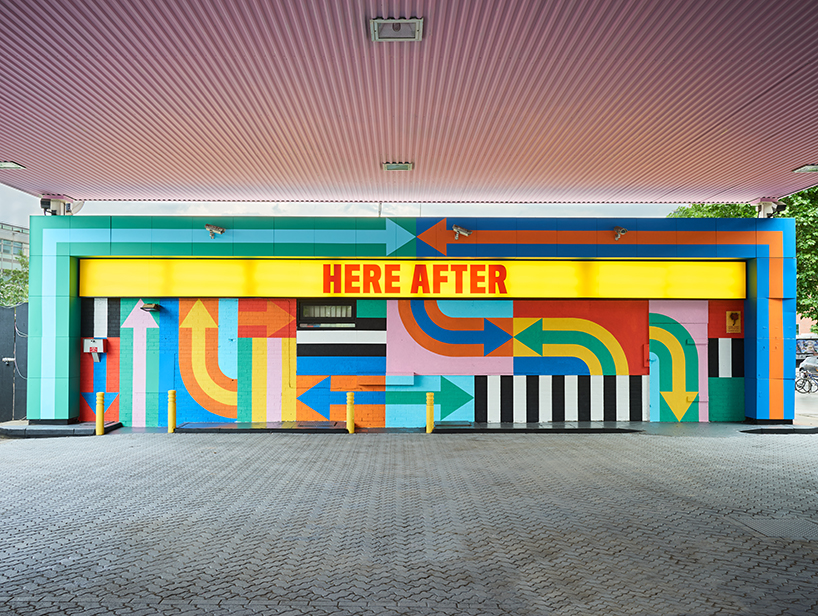 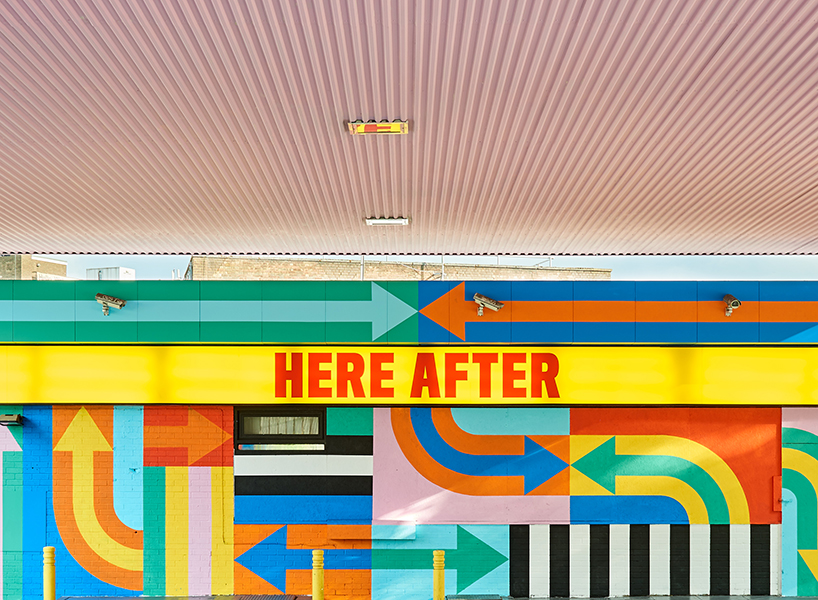 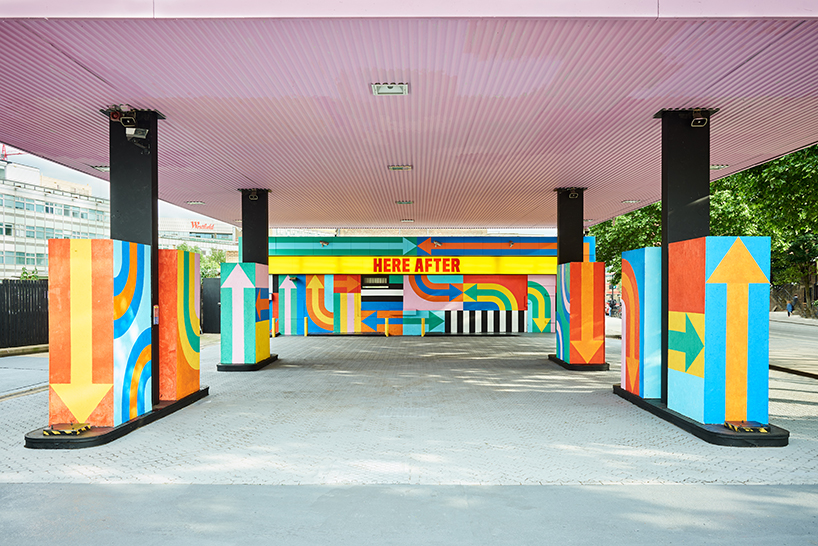 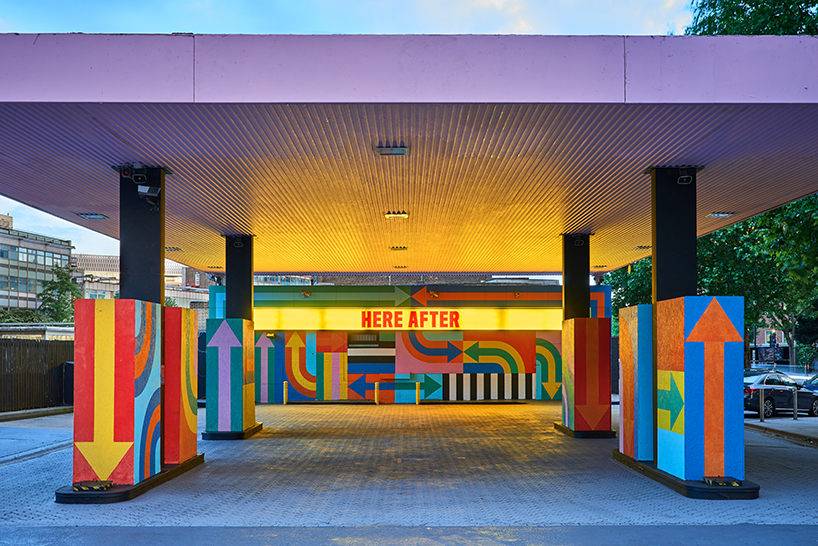 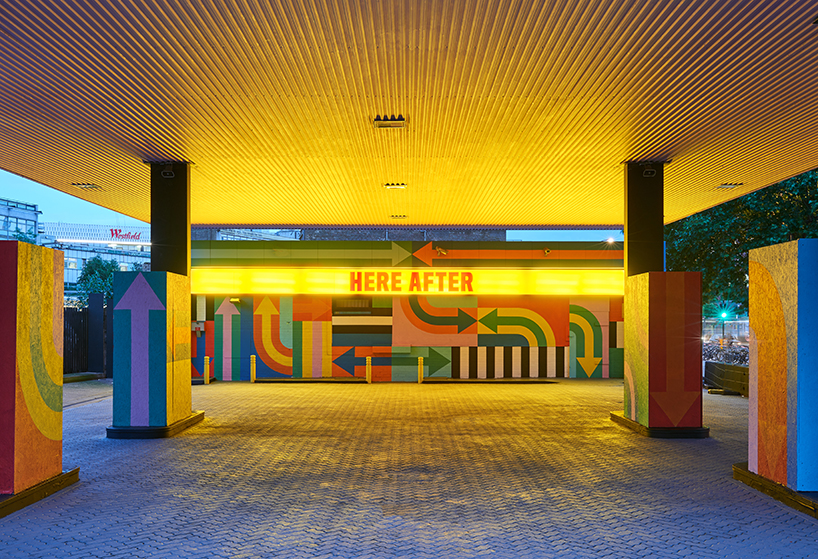 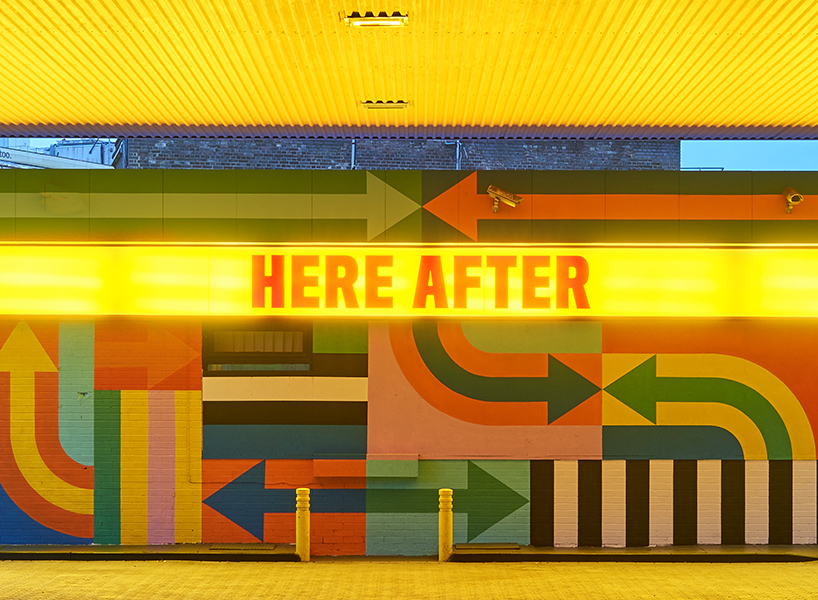