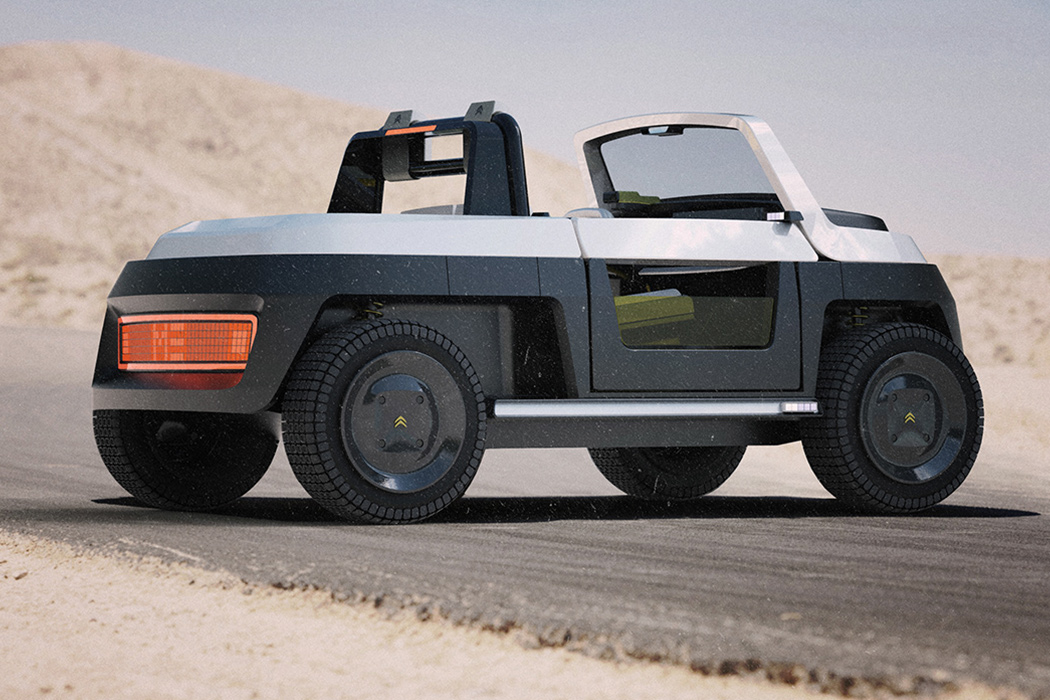 While most of the EV car designs of the current era and the ones ideated for the future concentrate on urban mobility, Alexandre Pain has decided to focus attention on rural mobility. The ability to commute with an eco-friendly, low carbon footprint vehicle on terrain that can be sometimes a little less desired than normal. The designer has kept the overall appeal of the electric car very compact and centered on getting the most out of it for a multitude of uses.

Alexandre was inspired by the ultra-affordable Citroën Ami electric vehicle for the basic form factor and to add some retro flavor, he also infused some resemblance of the Citroën Mehari. The amalgam of both these modern and vintage elements of Citrëon’s design results in the final blueprint of the Citroën ME Concept. This futuristic two-seater EV has a 22KW battery which promises an impressive 200 km range on a single charge. Top speed is also impressive for such a small package at 80 km/h, ideal for short commutes to the local market. The designer envisions a 3D printed selection of body parts that are modular to further amplify the multitude of usage.

One can’t help but notice the uniform design symmetry at the front and back, with man maximum machine minimum approach. There’s an open trunk in the rear for storage and easy accessibility, in a way making it a mini MUV. The modern angular design aesthetics evident in the LED lights panels on the front and back give the Citroen-ME-concept a distinct Boxy appeal that continues to its wheelbase. Added retro-ism comes from the individual square-shaped lights that form the complete band of the headlight as well as the sidelights. Overall Alexandre has managed to capture the essence of what a future EV for the far-flung areas should be like without being too overboard and staying practical in every aspect. 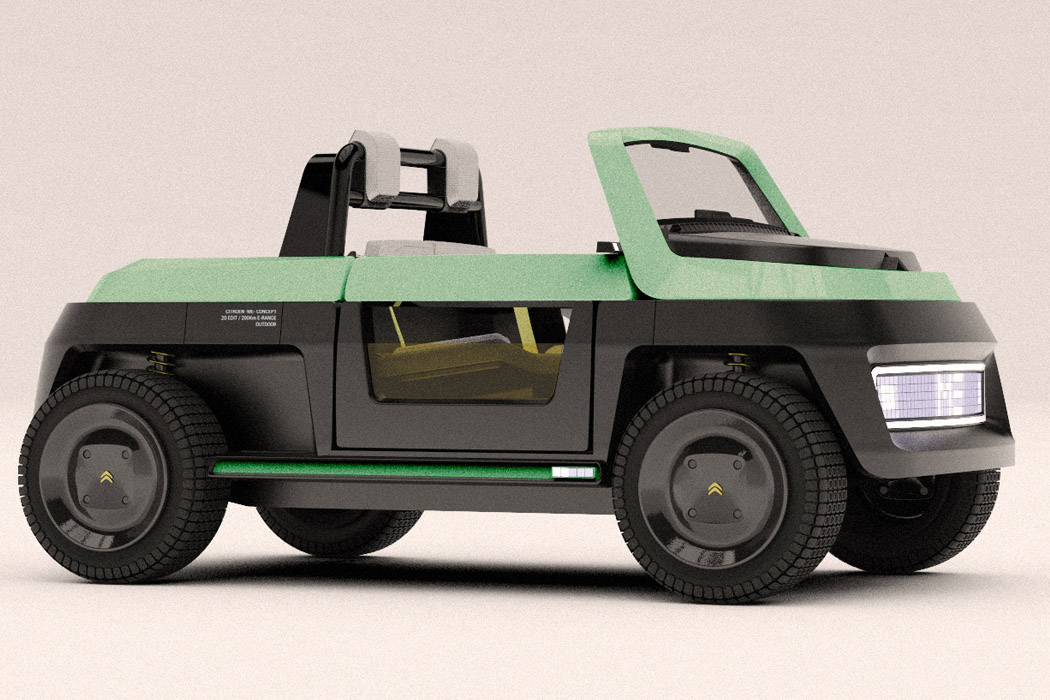 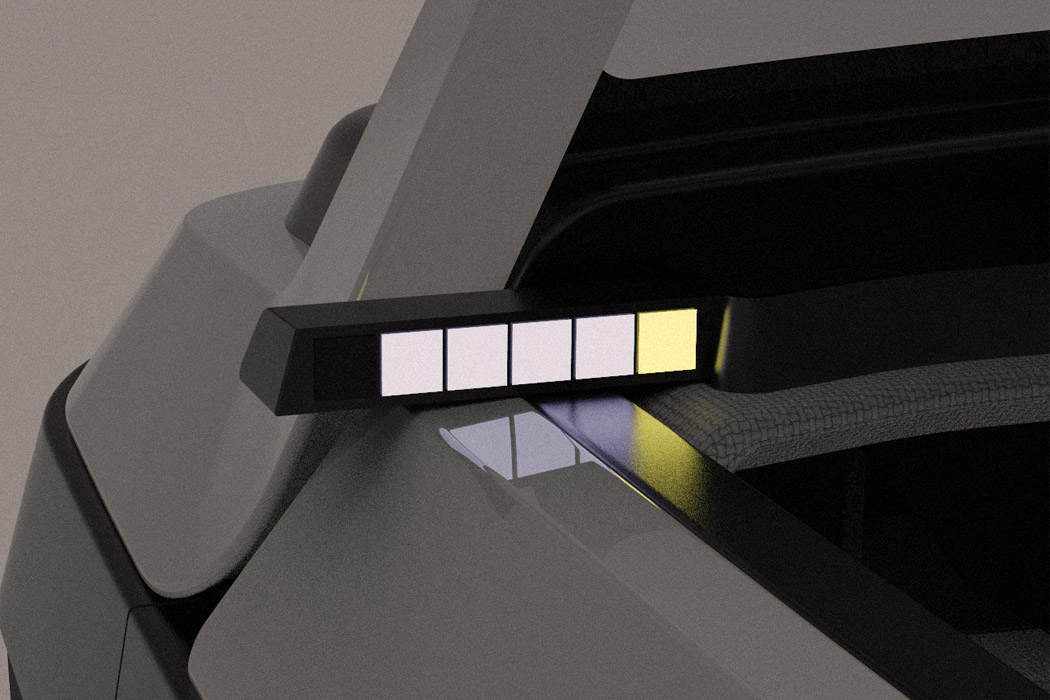 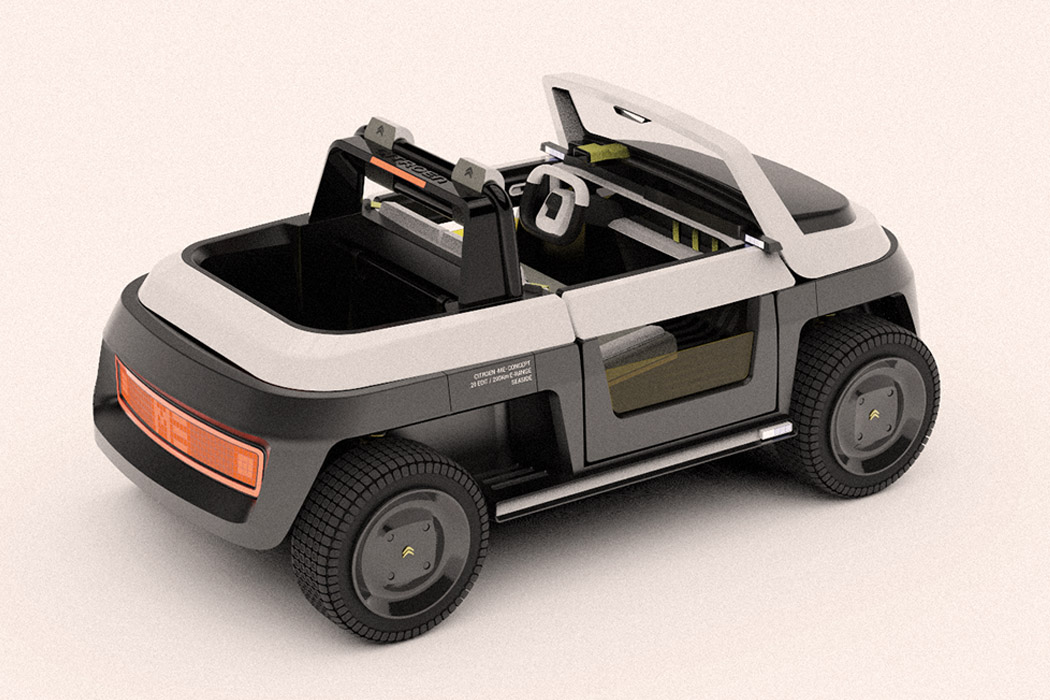 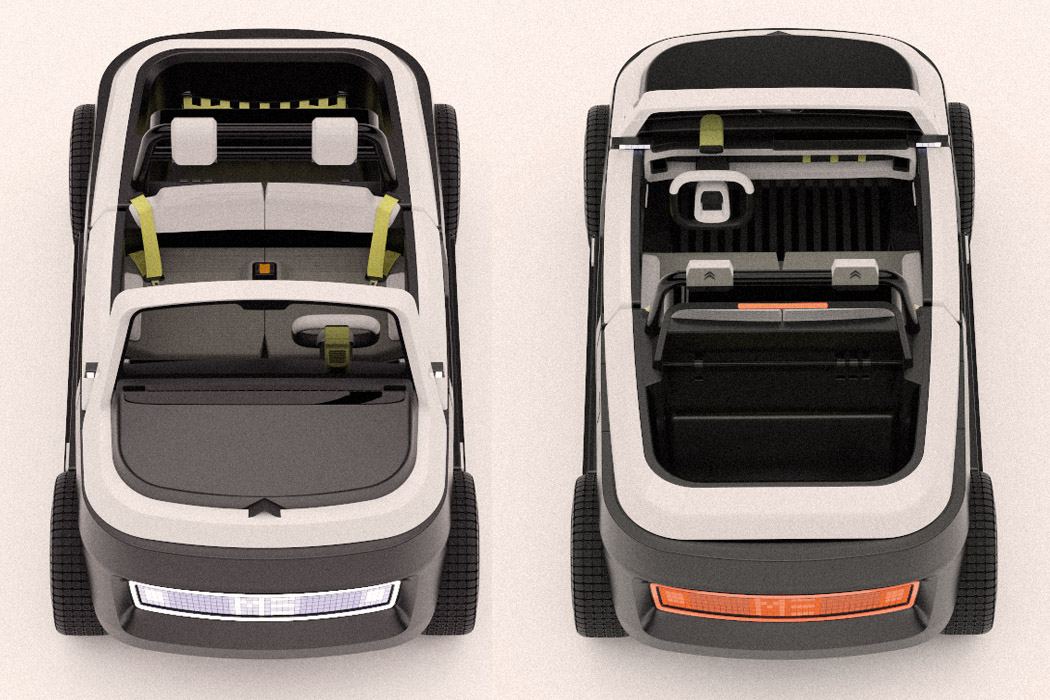 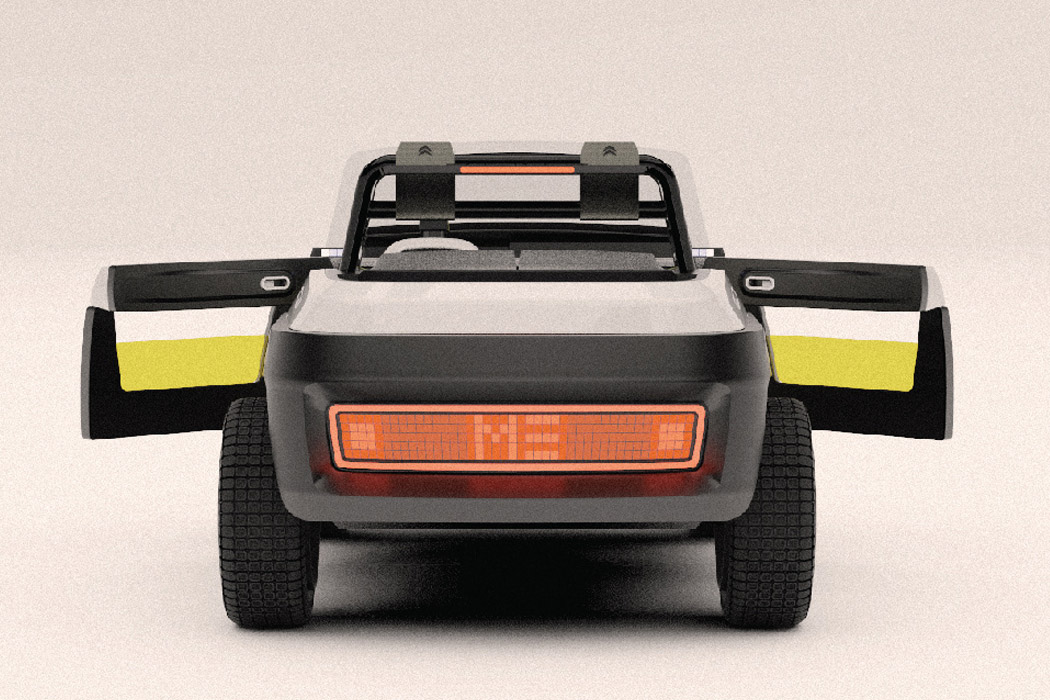 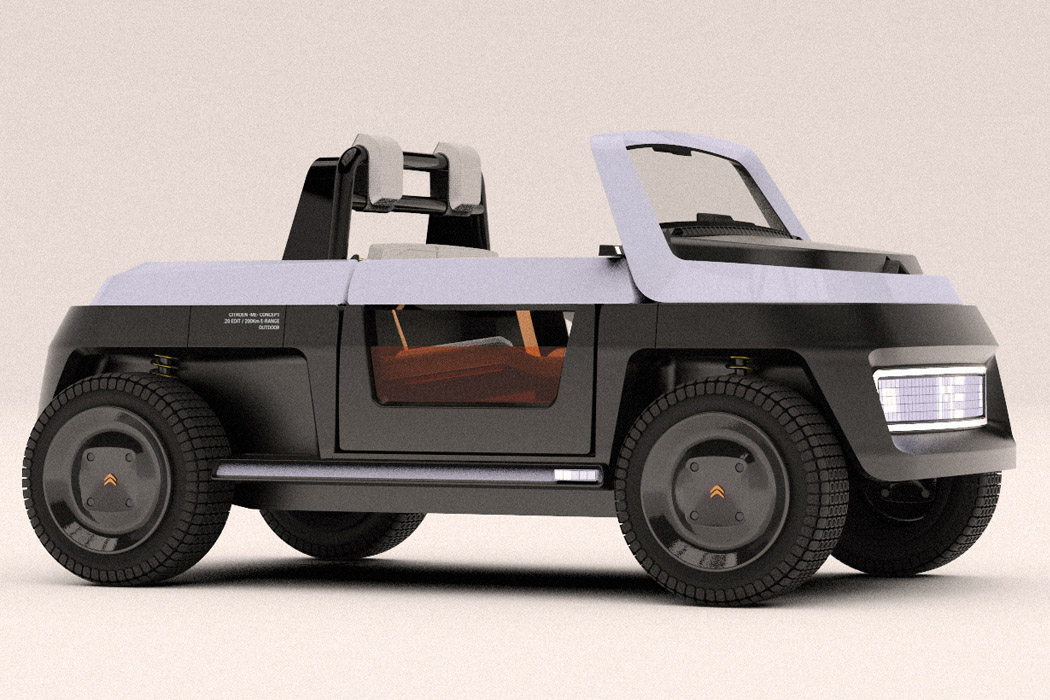 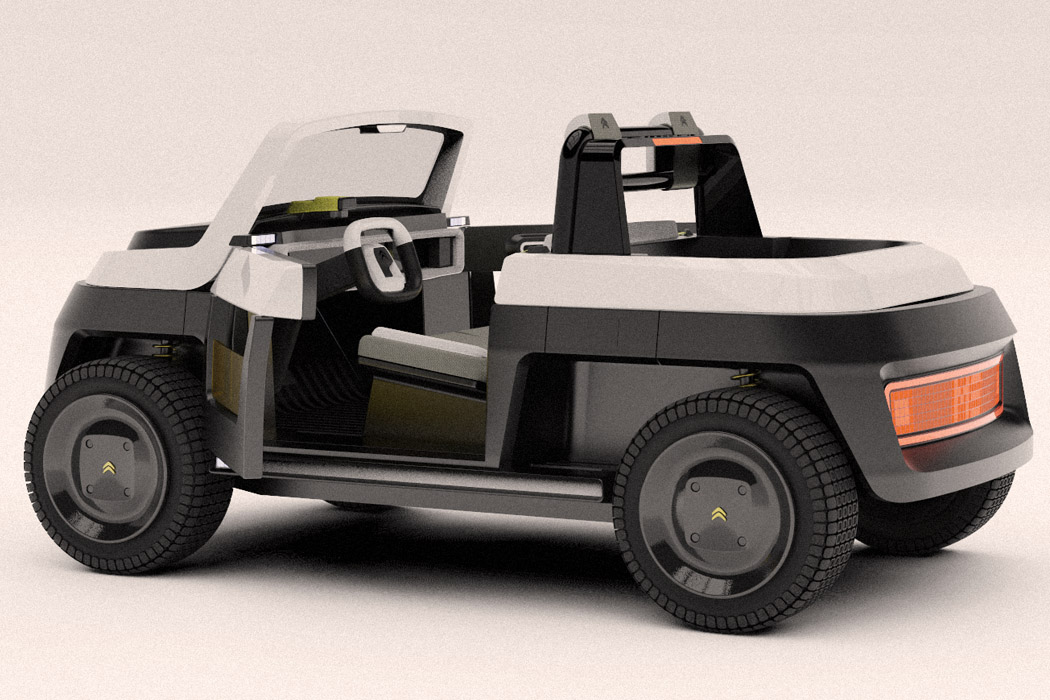 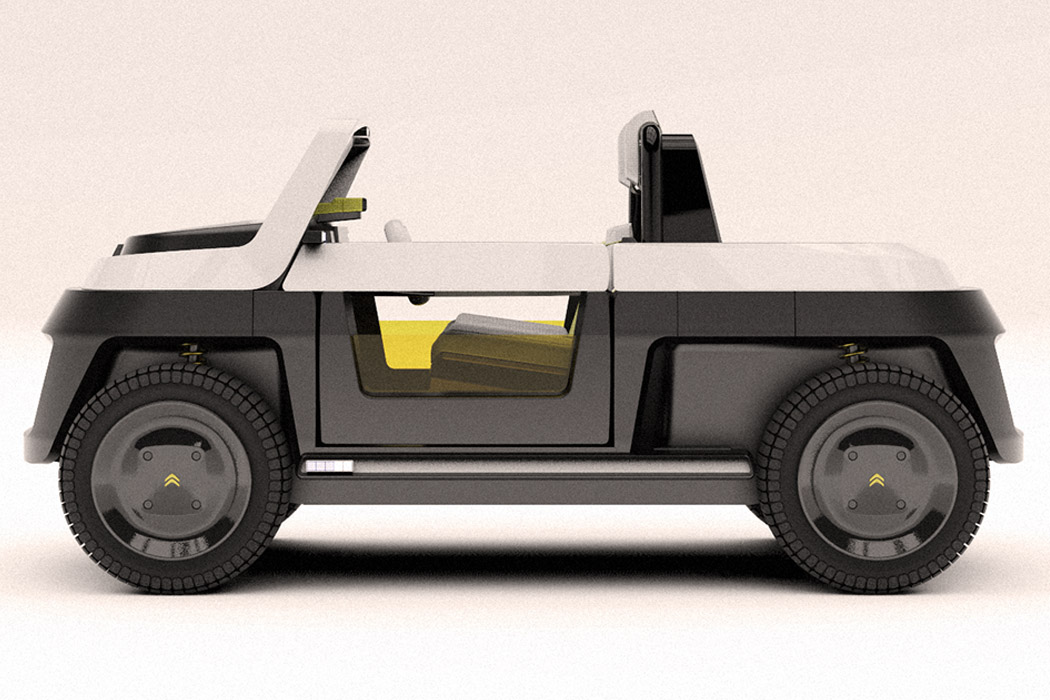 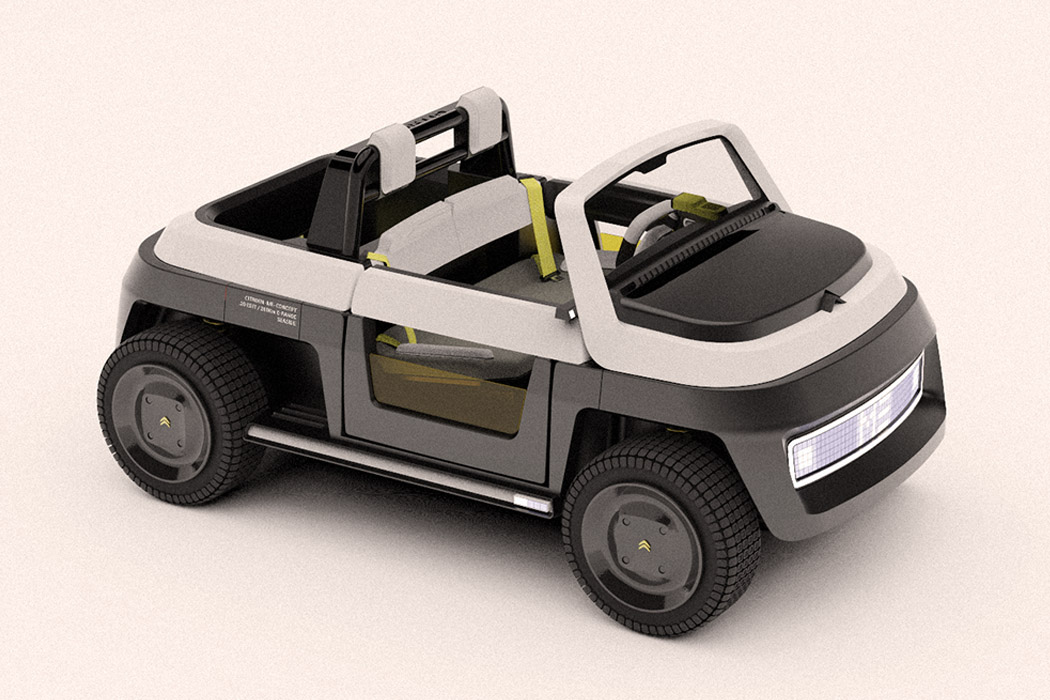 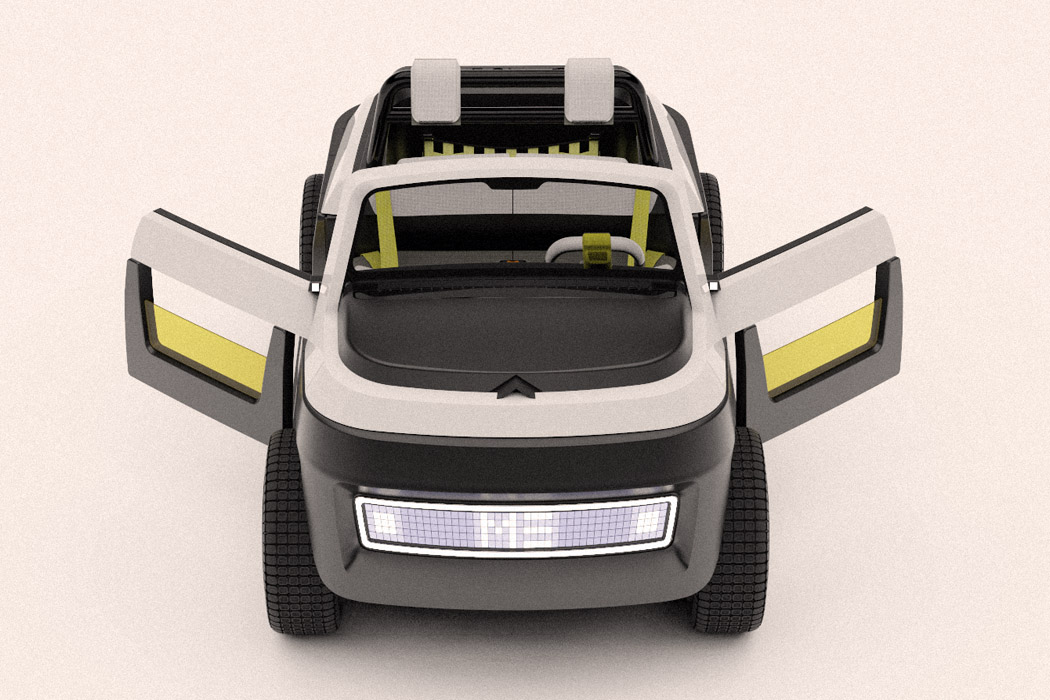 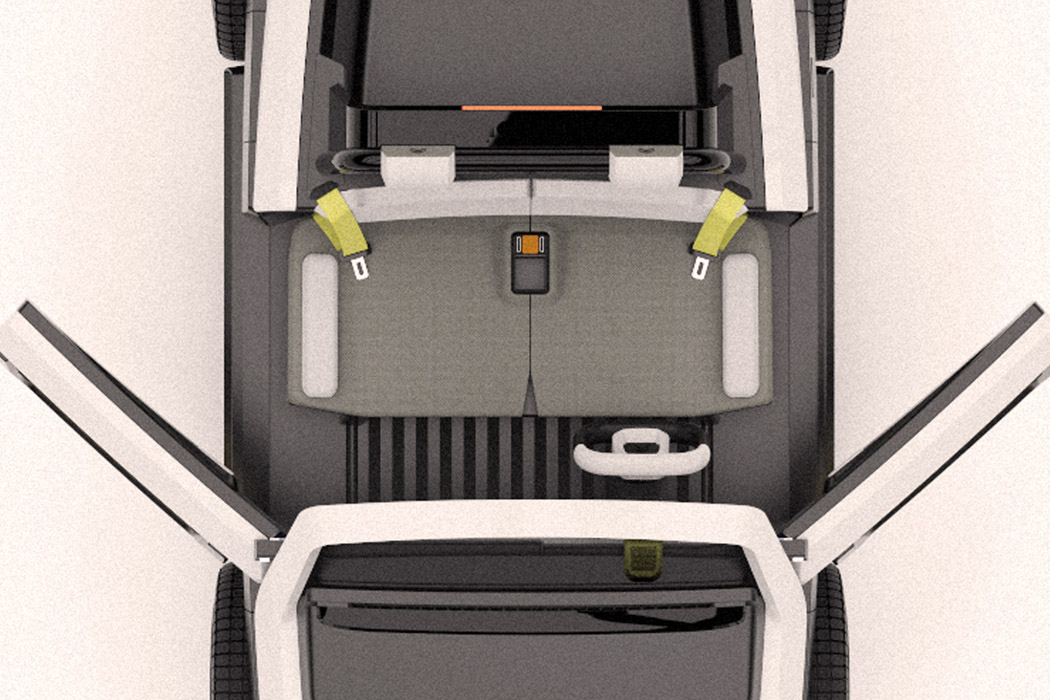 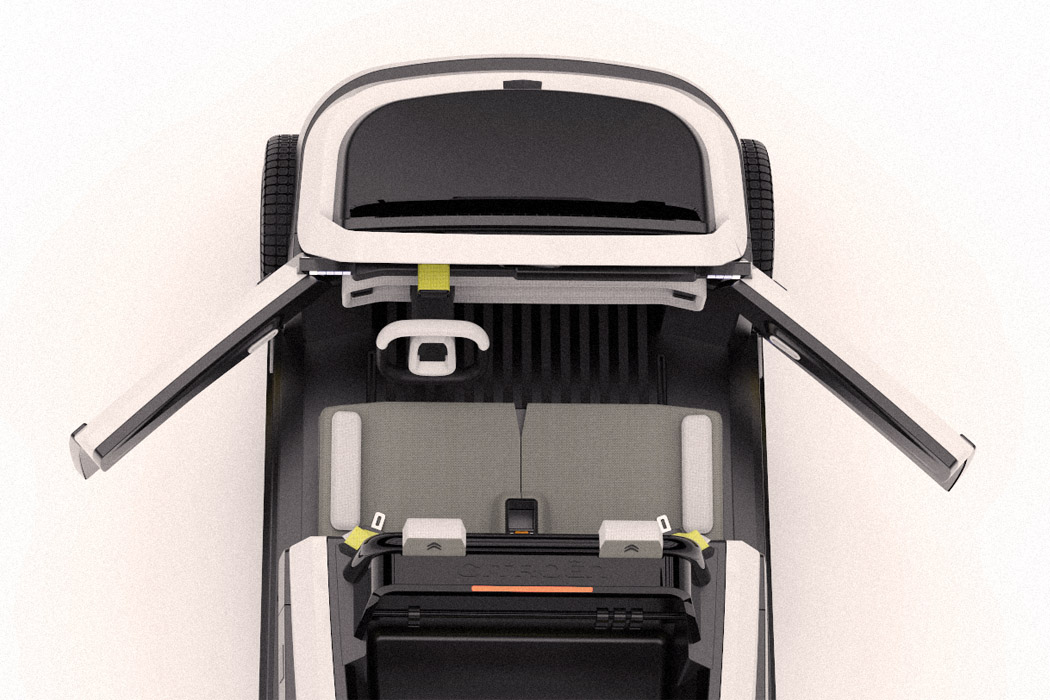 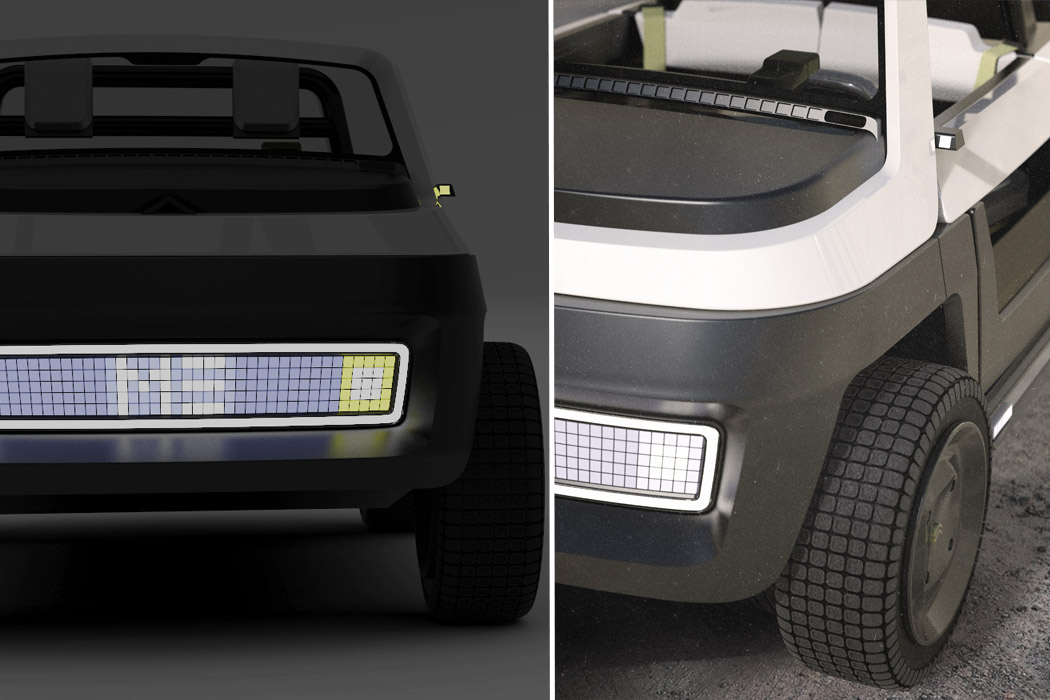 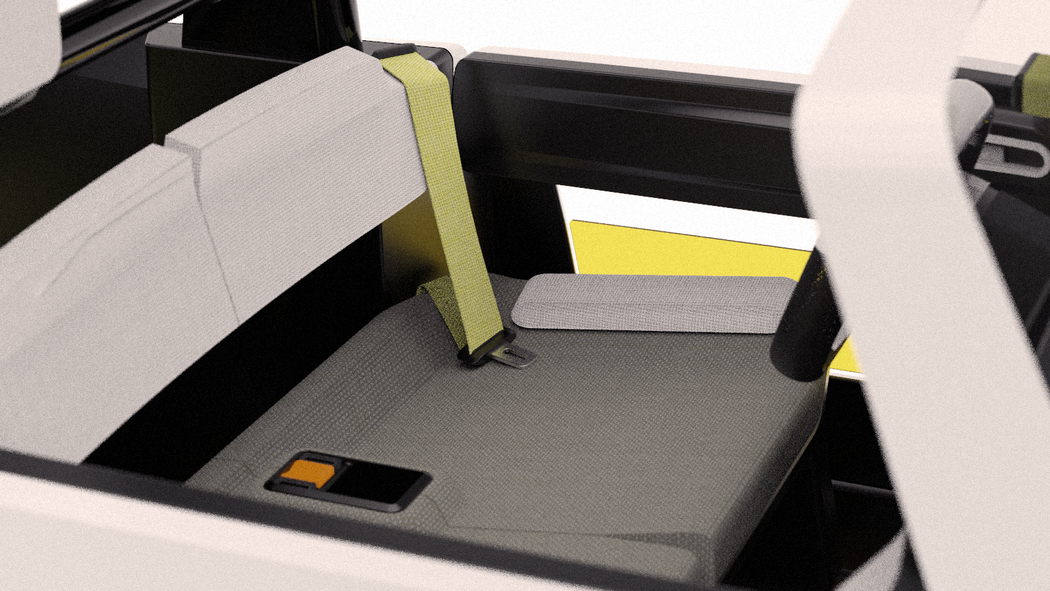 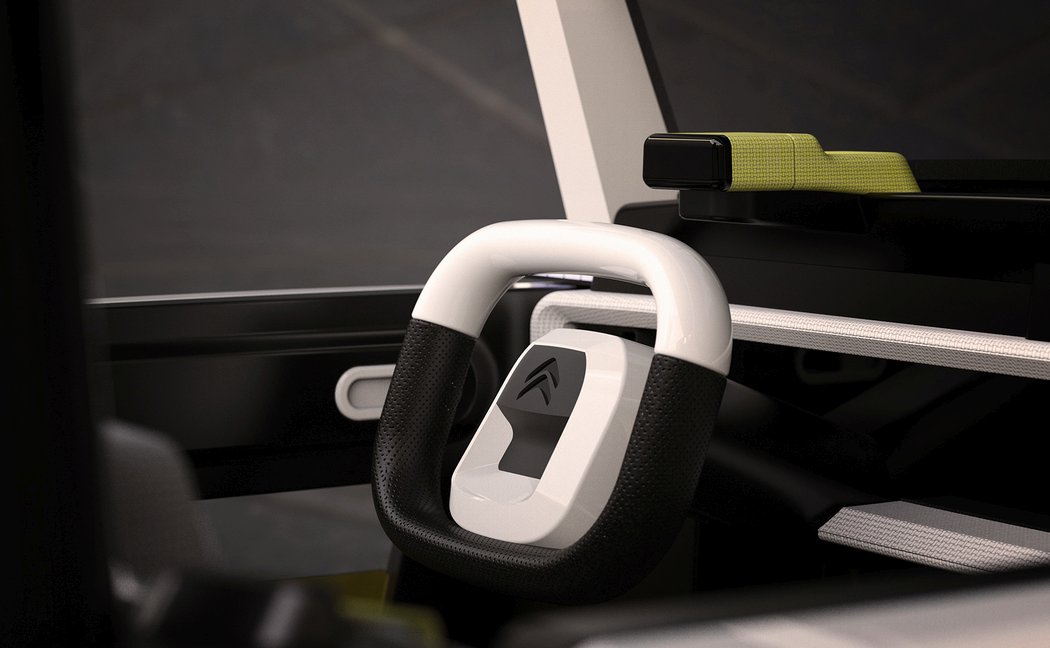 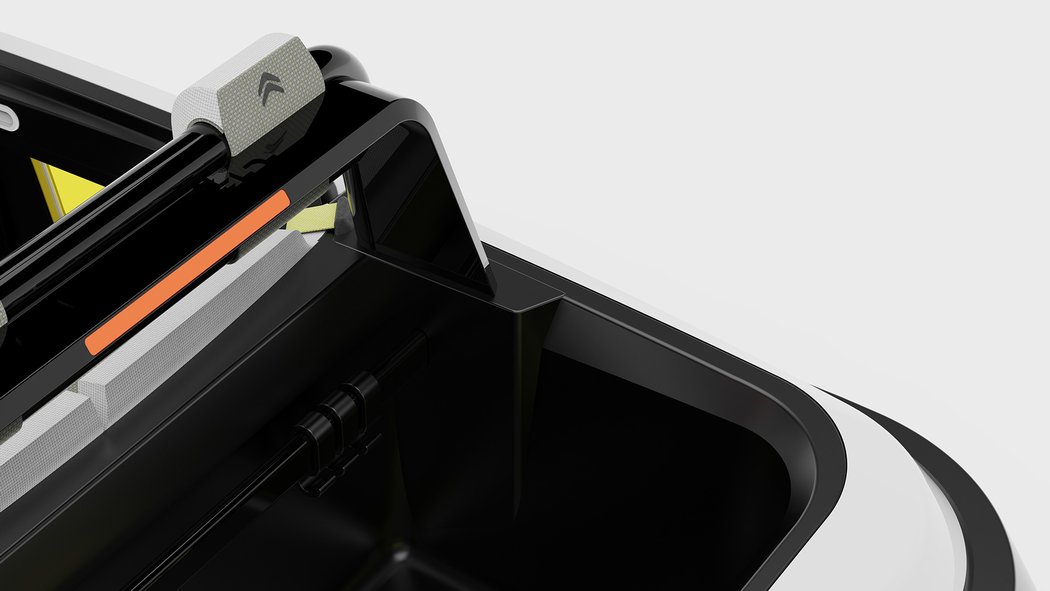 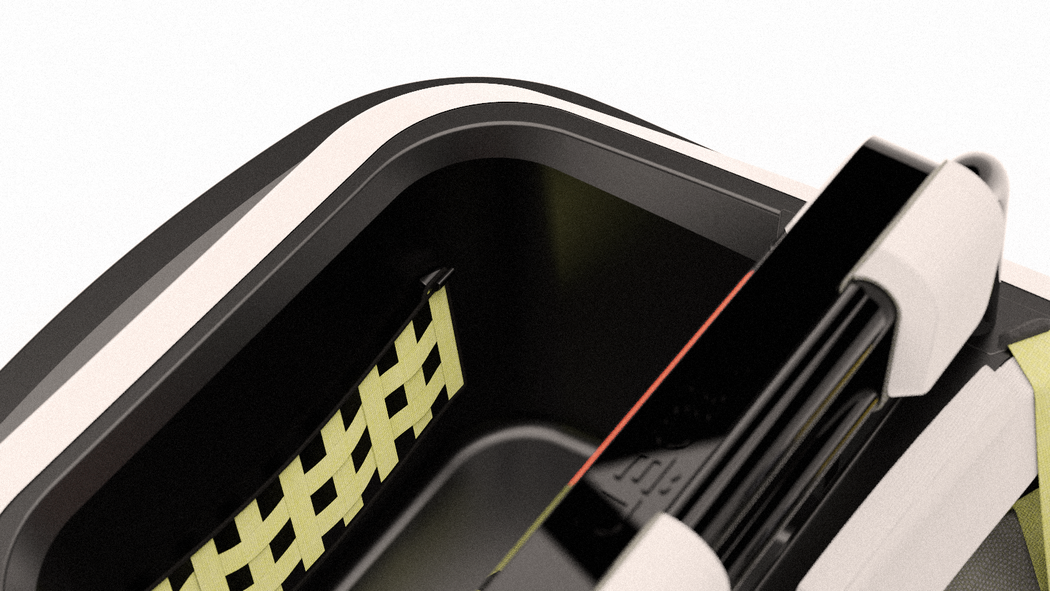 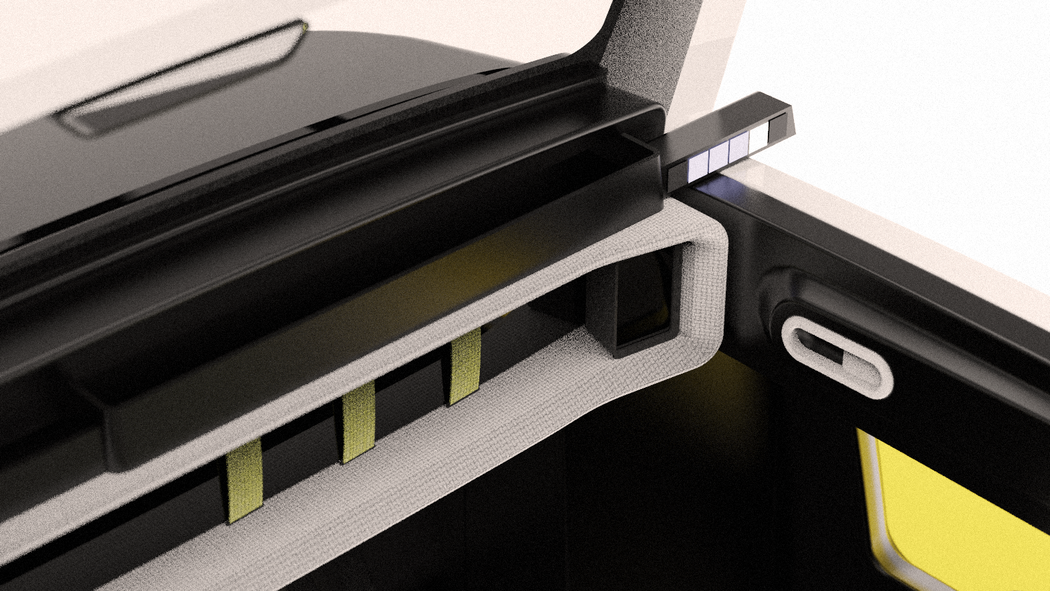 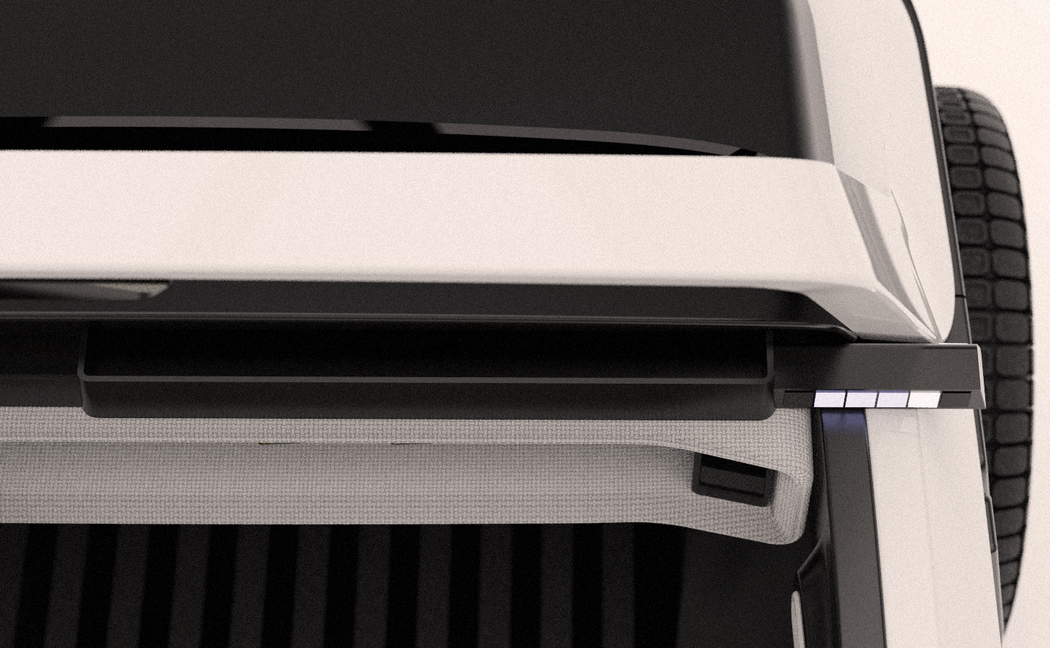 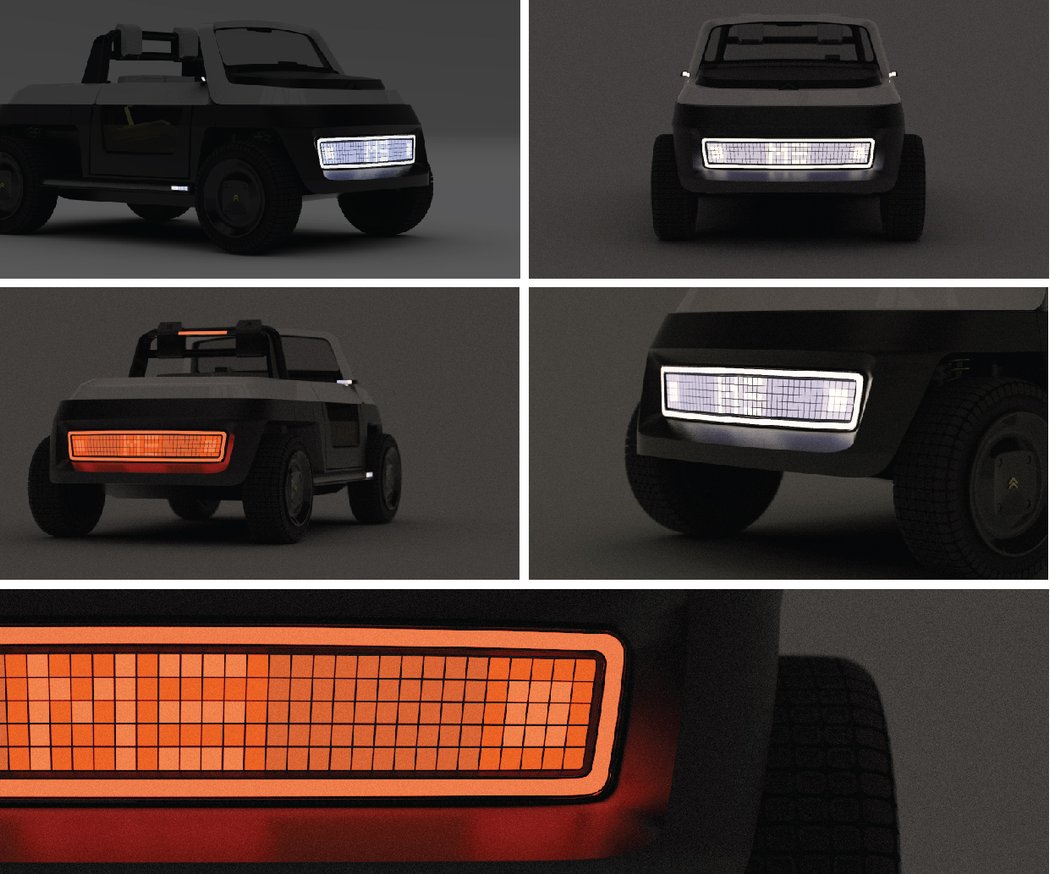 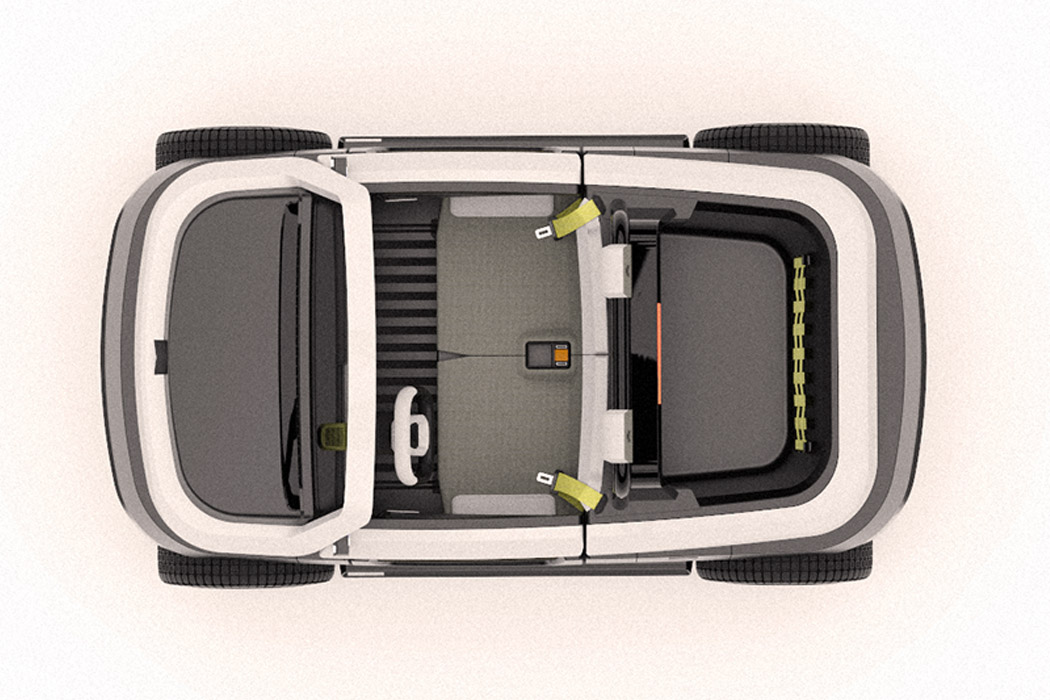 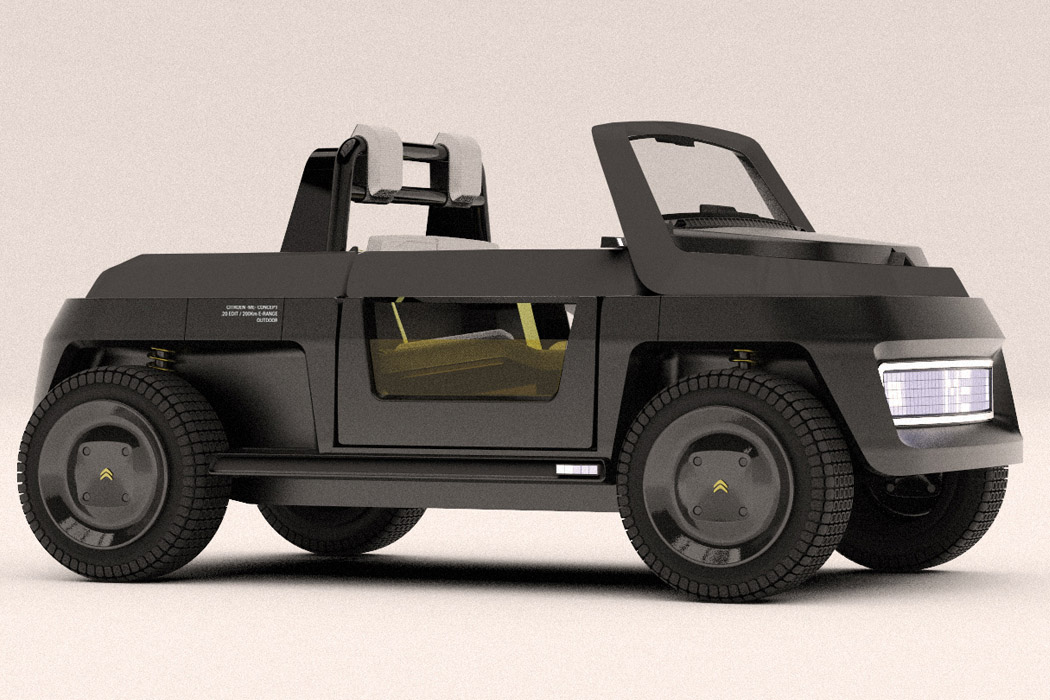 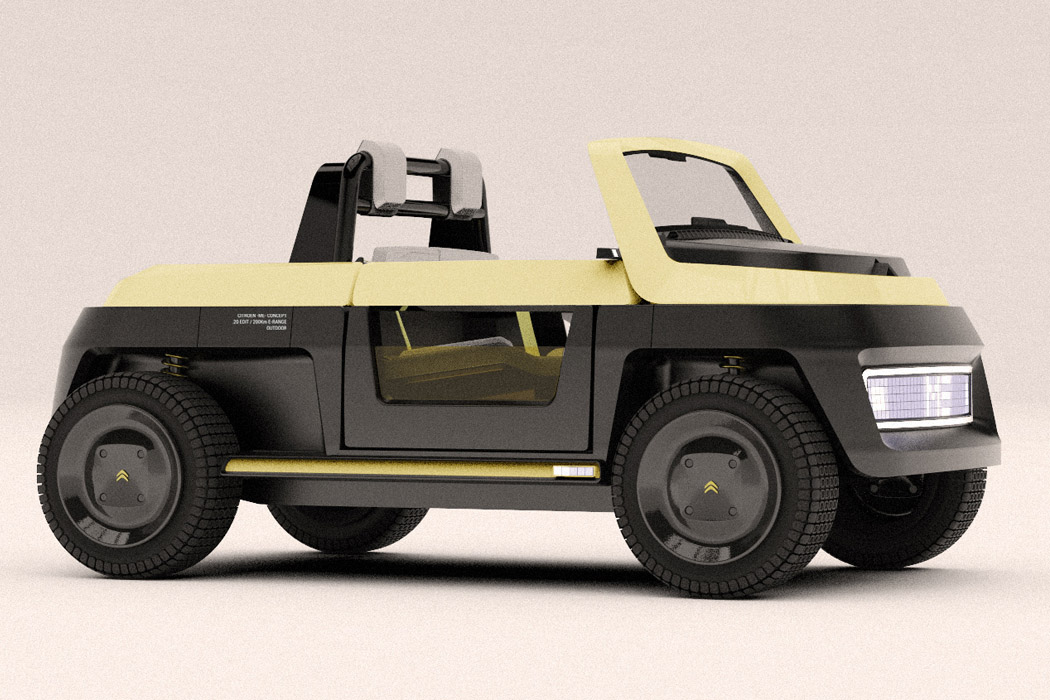 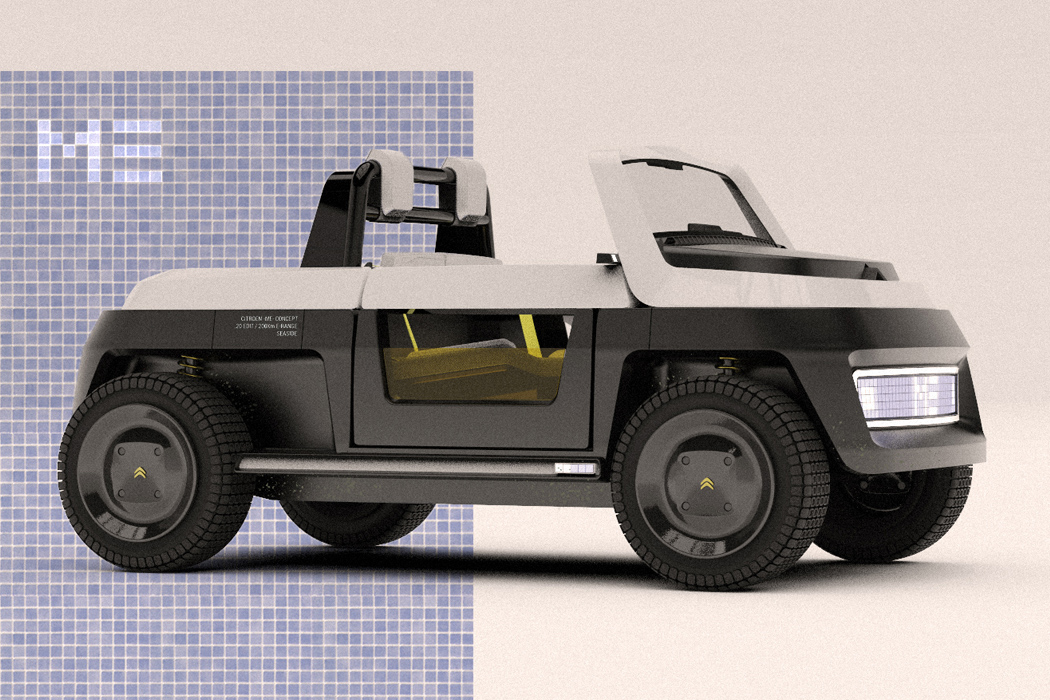