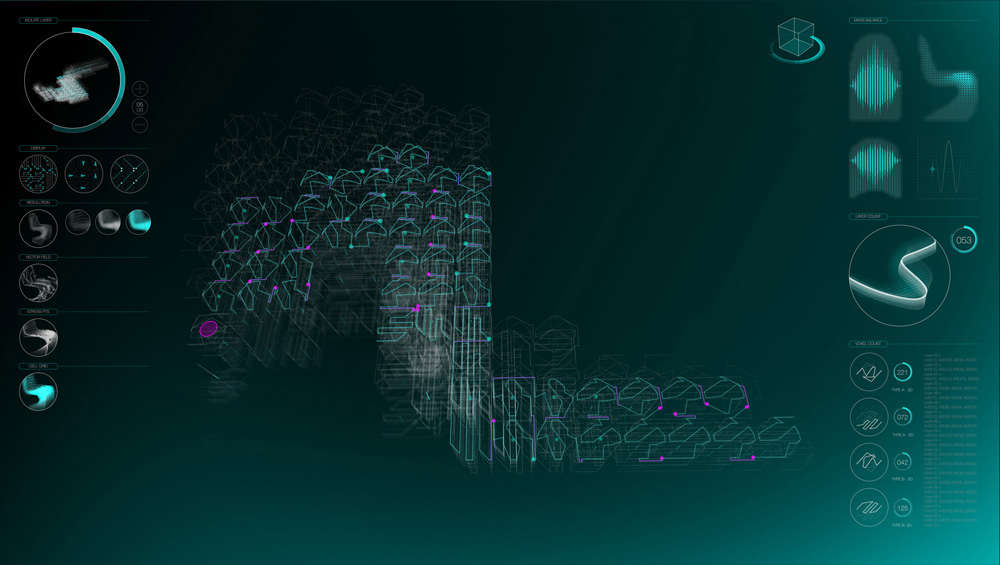 An enthusiastic team of researchers from the Bartlett School of Architecture contrives plastic made intricate Voxel chair using their newly designed 3D printing software. A complex structure of crisscross formations in multiple iterations, layered as a single continuous system entirely in sync with the robotic arm movements brought the first version v1.0 of the Voxel Chair to life.


The Bartlett’s Design Computation Lab (DCL), a part of University College London, created the software to open doors to new possibilities for 3D printing. Most of the current 3D printing techniques involve creating forms layer by layer, DCL’s software adheres to a continuous line of material used to envisage the design. The robot configures the commands and translates to machine language, and squirts melted hot plastic onto the print board where it quickly sets and cools down. 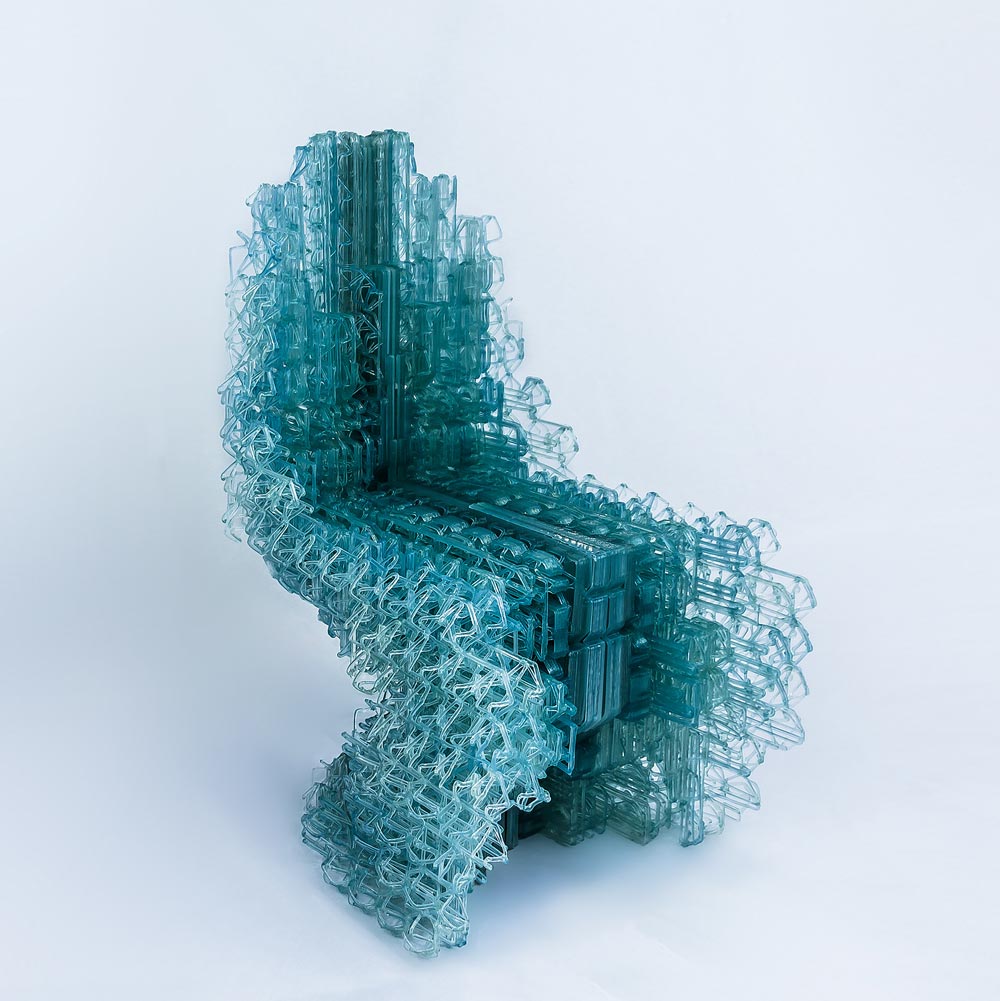 The software has a functional benefit along with the creation of more intricate patterns, granting the designers a visual plunge to conjure lighter, more efficient forms without using any extra material for necessary load-bearing. It can also be used for the design of large-scale metamaterials, which have an internal structure engineered for certain behaviours, like Hasso Plattner Institute’s all-plastic door latch.

DCL’s co-directors Manuel Jiménez Garcia and Gilles Retsin said that “This approach is not only more functional in terms of performance, but it also offers designers opportunities to really work directly with incredible amounts of data”. An alternate thoughtful methodology is used to approach instead of designing the form of the chair, you have to construct the behaviours and properties of the material directly. 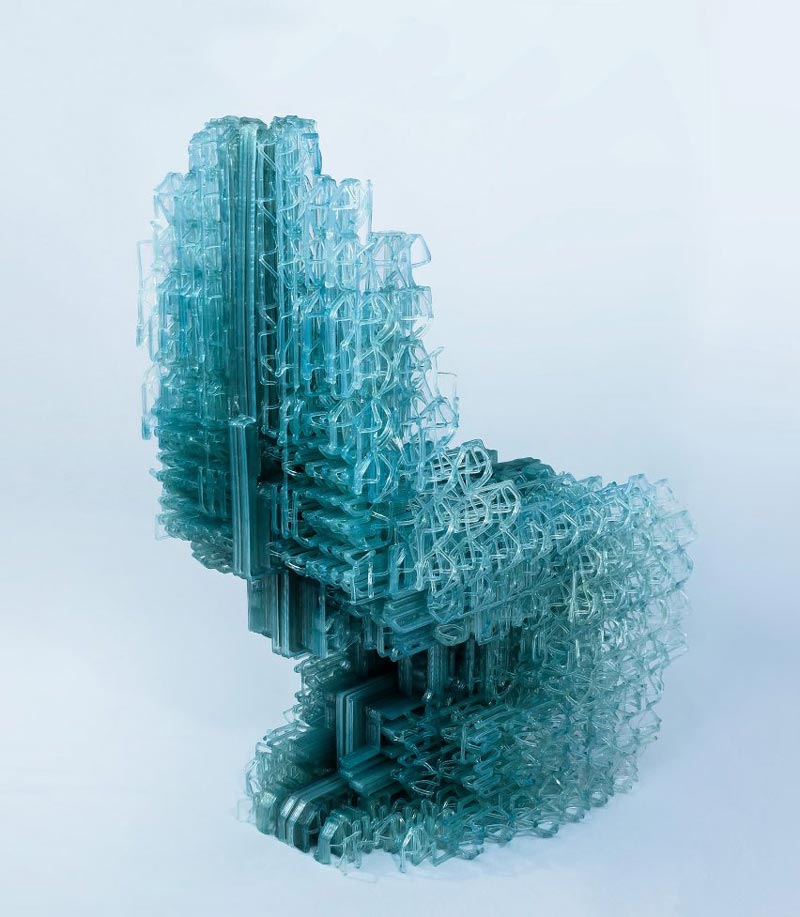 The team tested their idea by creating a prototype piece of furniture, the Voxel Chair v1.0. They used biodegradable and transparent PLA plastic with a blue tint to model the iconic S-shaped Panton chair by Danish designer Verner Panton. Due to the shape of this chair being instantly recognisable that prompted a fun challenge for the team to design this cantilever geometry. The original chair is solid plastic, while DCL’s is a complex web of crisscrossed hollows 3D printed by a robot in plastic of one continuous 2.36-kilometre length.

The Panton chair was a pure surface, optimised to mould. This chair’s cloud-like volume is optimised for robotic extrusion, thus making it stand apart from the real Panton chair. On a previous project by them, CurVoxels created a similar filigreed Panton resembling chair as a one-off. After that, they had generalised the idea of using Panton Chair in multiple variations, thus congregating a software that would enable them to test the different perspectives and enable others to replicate it. 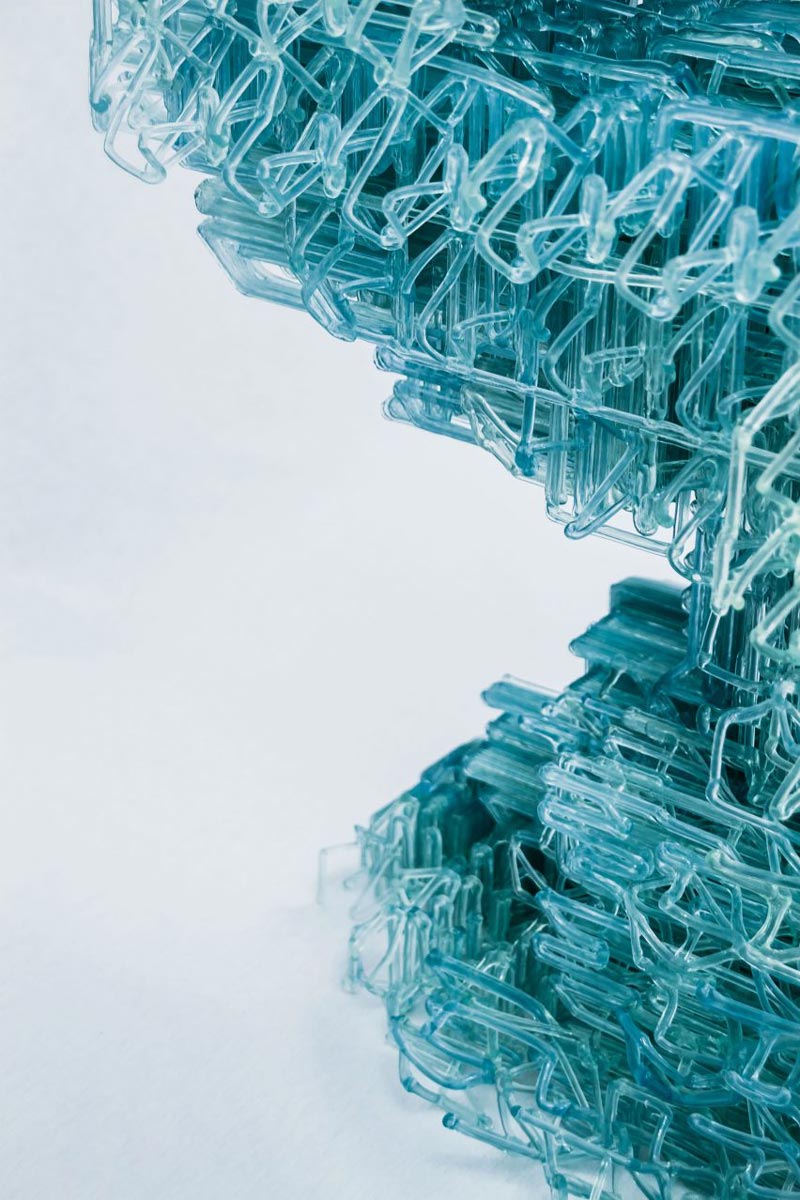 The software endows the designers with greater control over the 3D-printing journey. They would usually use the software to model an object that would then be slashed into layers or tool paths for printing, with the latest invention, they can manipulate the tool paths directly. 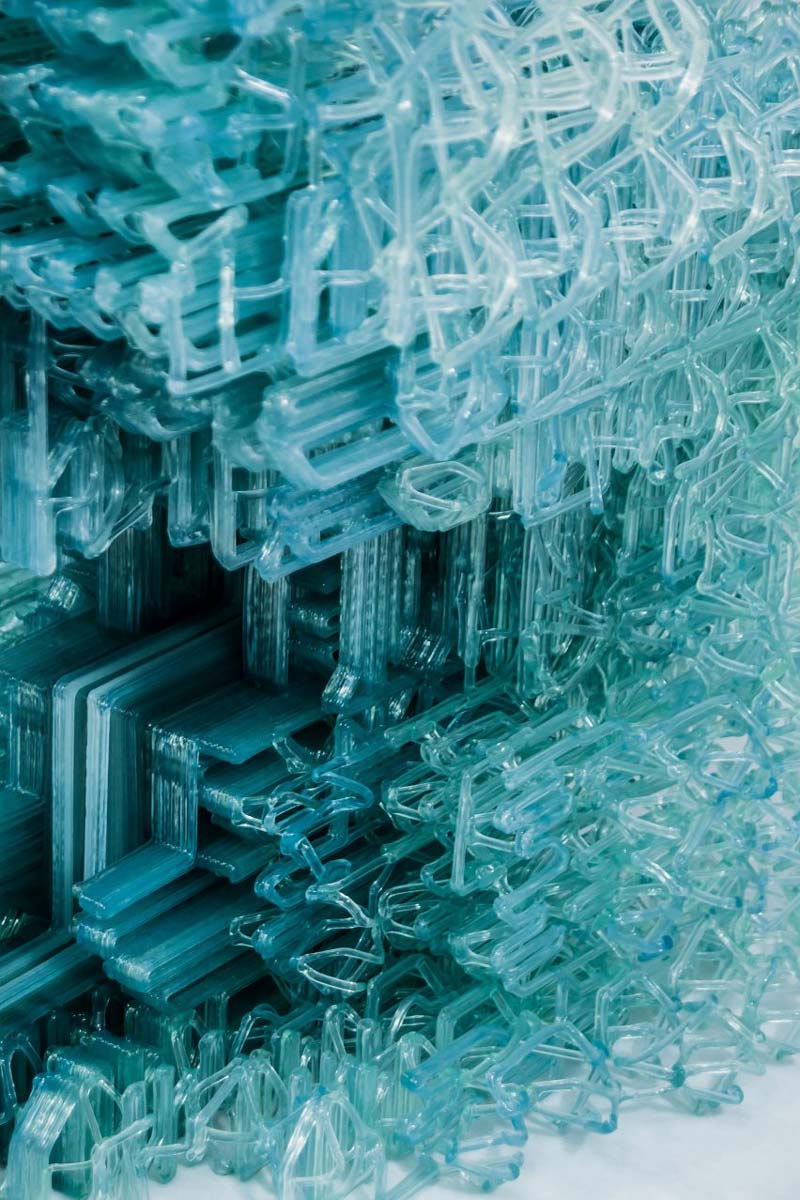 The name voxels share its idea from the word pixels but in a three-dimensional environment that is often used in medical imaging and video games. DCL’s software based on voxels grants its users to construct the interior faces of an object other than just the surface. The team also created a new extruder for the robot which directly melts raw plastic pellets rather than using filament. This helped the designers in cutting down the cost and making the process viable on an industrial scale. 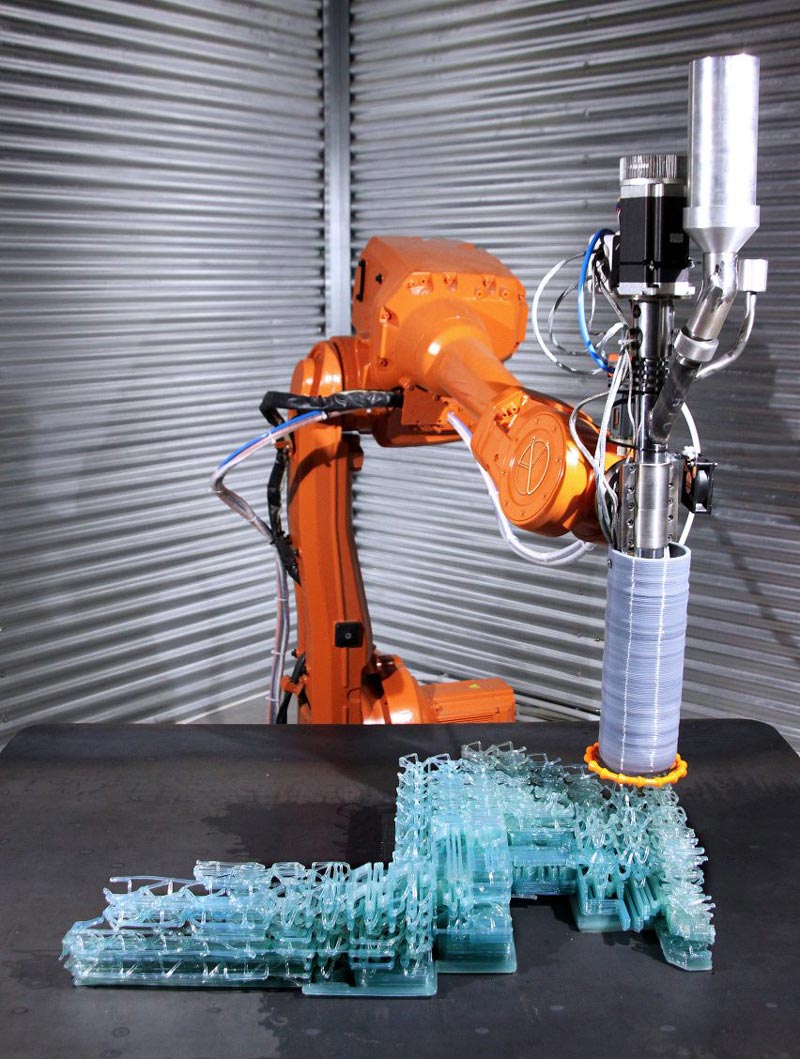