“Juniper has the best taste of anyone I know. She’s the only person I ever let dress me. I trust her completely,” Herzele says of the soup-to-nuts renovation of her Austin home, a formerly nondescript spec house located on a generous corner lot in a vibrant neighbourhood of University of Texas students, professors (Herzele herself is an assistant professor in the Department of Nutritional Sciences), and assorted hippies. “The layout of the house was really strange. I could never figure out where I was supposed to be,” she continues.

Tedhams puts a finer point on the subject. “The house was awful—a weird catalogue home in a neighborhood of charming bungalows and Victorians. It reeked of Febreze,” the designer recalls. “My mom always had fun, eclectic taste, but interior design never really interested her. When this project started, her partner had recently passed away, and it was an important moment. I wanted to create a real place of respite, a place where she could be comfortable and entertain easily, which she loves to do. Basically, I wanted her to be happy.”

As so often happens, what began as a simple cosmetic makeover—picking new paint colours, some light alterations—quickly snowballed into a full-scale gut renovation. “I think there was one original wall left when we were through. We basically built a new house on the existing footprint,” Tedhams explains. Working with architect John Maier of the Oregon-based firm Maier + Zelter, Tedhams recast the layout, the spatial flow, and ultimately the character of the house “to make it feel less hulking and flat,” the designer says. She and Maier reorganised the second-story bedrooms for visiting children and grandchildren around a central core, following a conceit that the guest quarters had formerly been outdoor porches that were closed off. They also added a gracious screened porch to the back of the house, as well as a new pool cabana with a guest apartment above.

For clarity and coherence, Tedhams limited the materials palette—plaster walls and walnut floors, furnishings, and architectural details predominate—while relying on an array of vintage and contemporary textiles and artworks for colour and interest. Setting the tone for the experience, the entryway features a suite of Salvador Dalí watercolours from the artist’s illustrations for The Divine Comedy installed above a bespoke walnut bench with a heart motif (herzele is a German diminutive meaning “little heart”) set on a polychromatic 1940s Berber carpet. The bench, like almost all the custom furnishings and cabinetry throughout the house, was fabricated by Erik Gustafson, a longtime friend and collaborator of Tedhams’s. 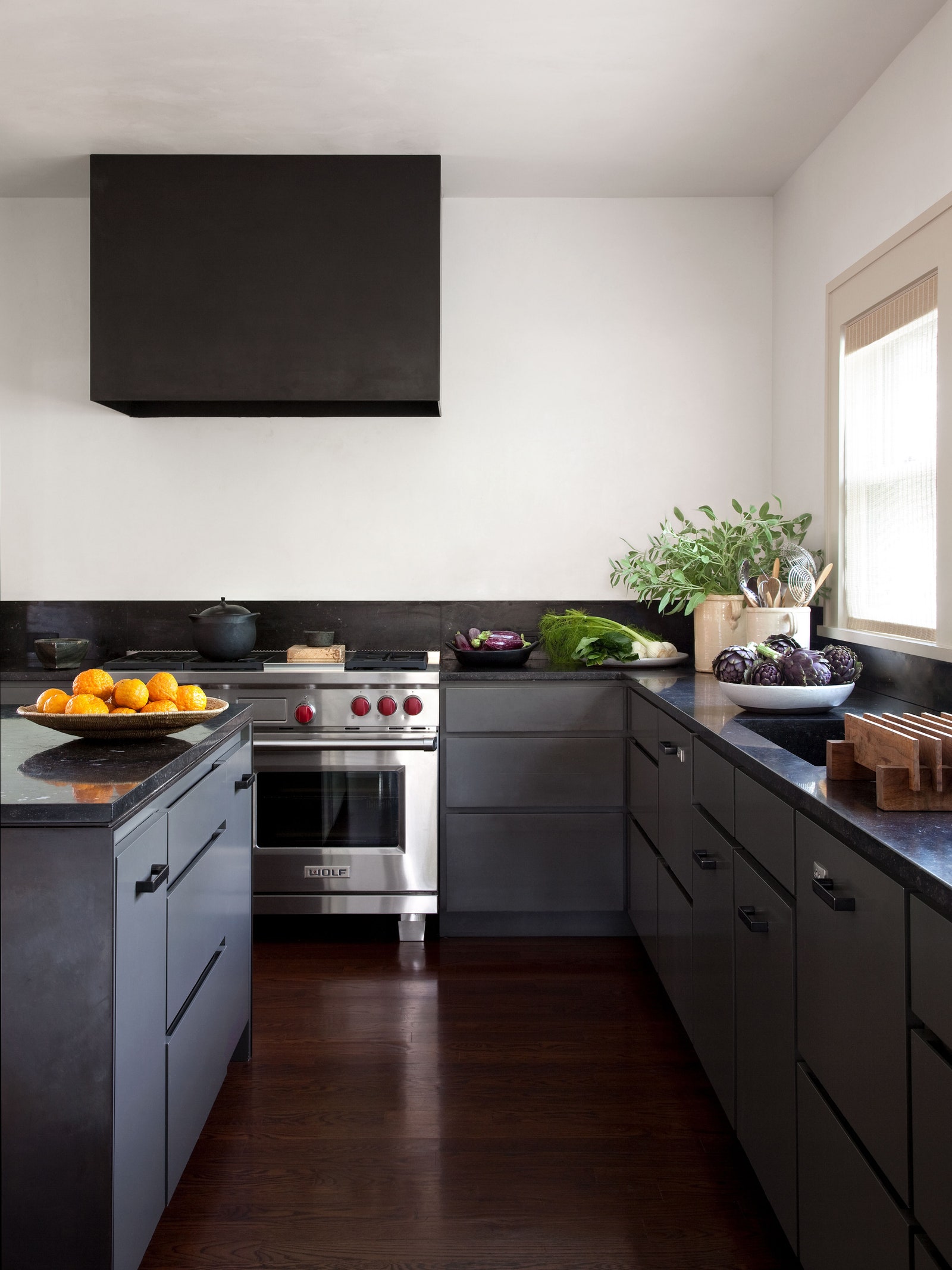 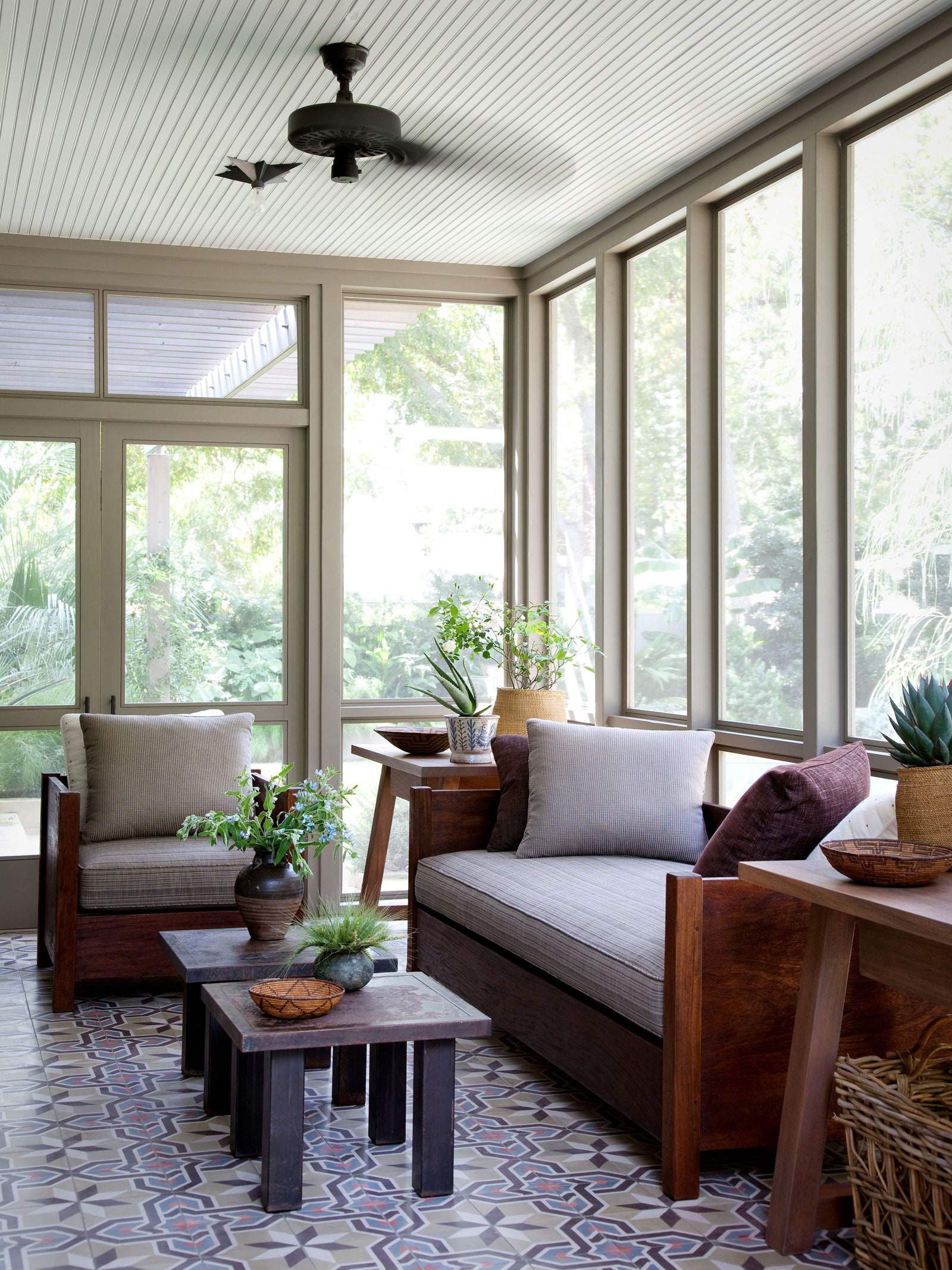 In the living room, sofas upholstered in Schiaparelli pink linen add an electric jolt to an otherwise restrained composition that includes a Jean Royere floor lamp and a graphic 1940s Tuareg rug of woven leather and straw. Commanding the room is an unsigned Warhol Elvis, printed at the Factory and given as a gift to Warhol superstar Joe D’Allesandro. Herzele acquired the piece from D’Allesandro’s wife Kim, a friend from Austin’s bohemian music scene. Cool, indeed. To make the dining room a bit more intimate and usable, Tedhams eschewed a single large table in favour of two smaller walnut tables, one square, the other round, both with the same base, chamfer, and bevel. The round model is surrounded by a set of Pierre Jeanneret Chandigarh chairs with cushions made from vintage kilims. “I bought those chairs more than a decade ago,” the designer protests, acknowledging the ubiquity of the signature chair in the world of contemporary design. “I didn’t realise that they’d suddenly be everywhere. But I suppose a classic is still a classic, even when it’s fashionable.”

The other rooms of the house follow a similar decorative approach: quiet, restrained architectural backdrops animated by an eclectic assortment of custom and pedigreed furnishings and objets de vertu—a 19th-century Belgian dresser here, a Prouvé daybed there—and occasional flourishes such as colourful Moroccan cement tiles on the floors of the screened porch and a guest bath. 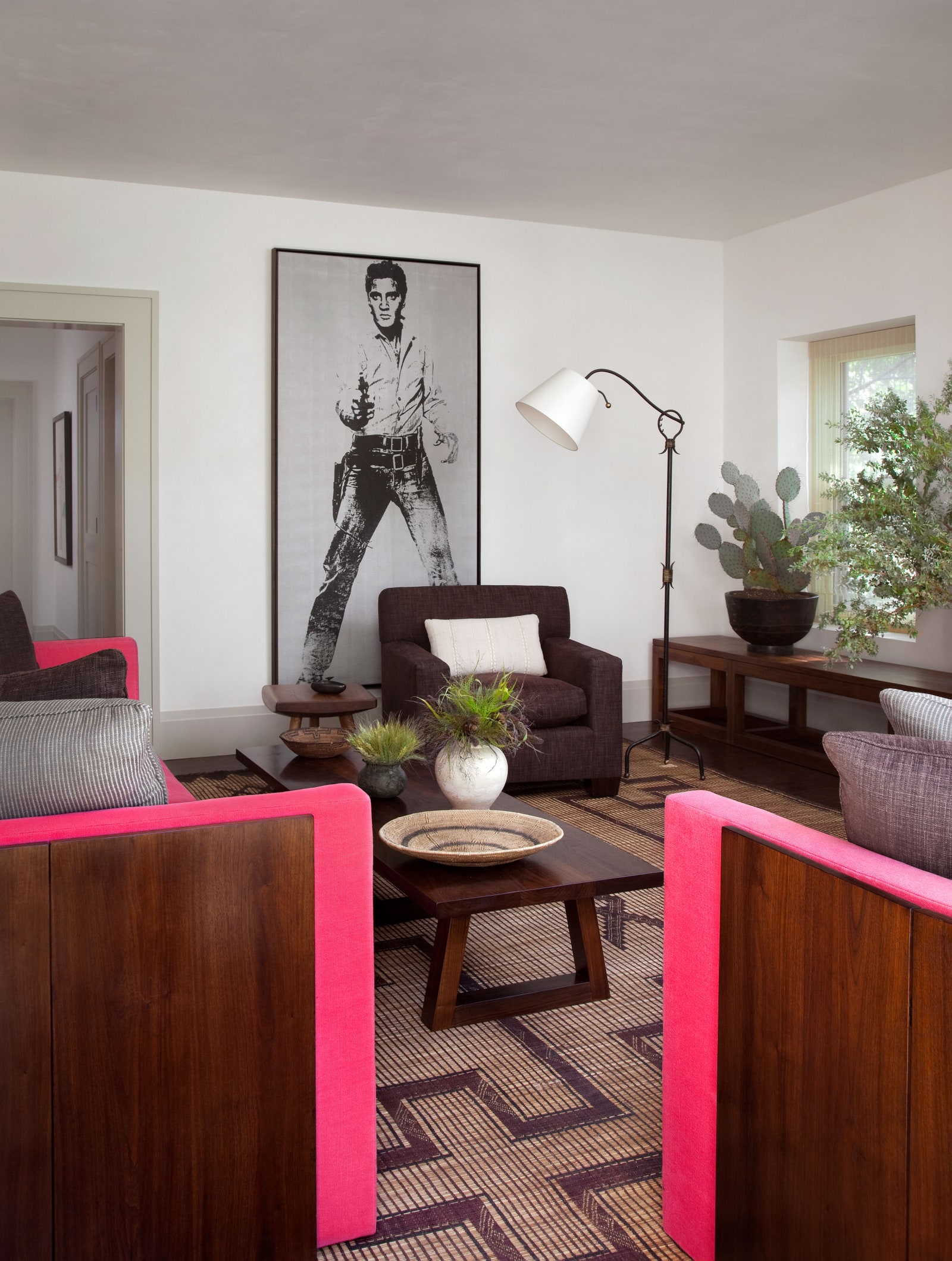 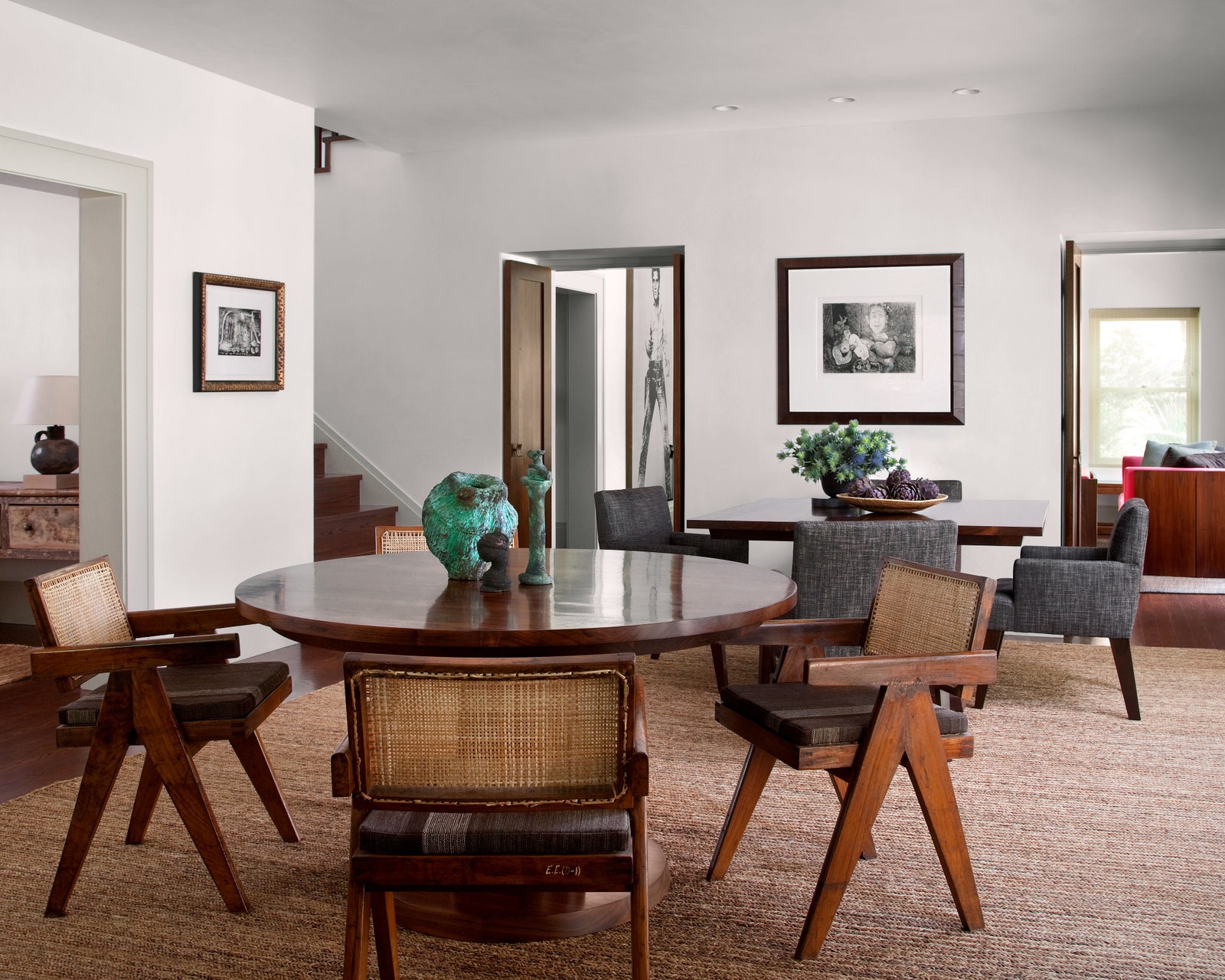 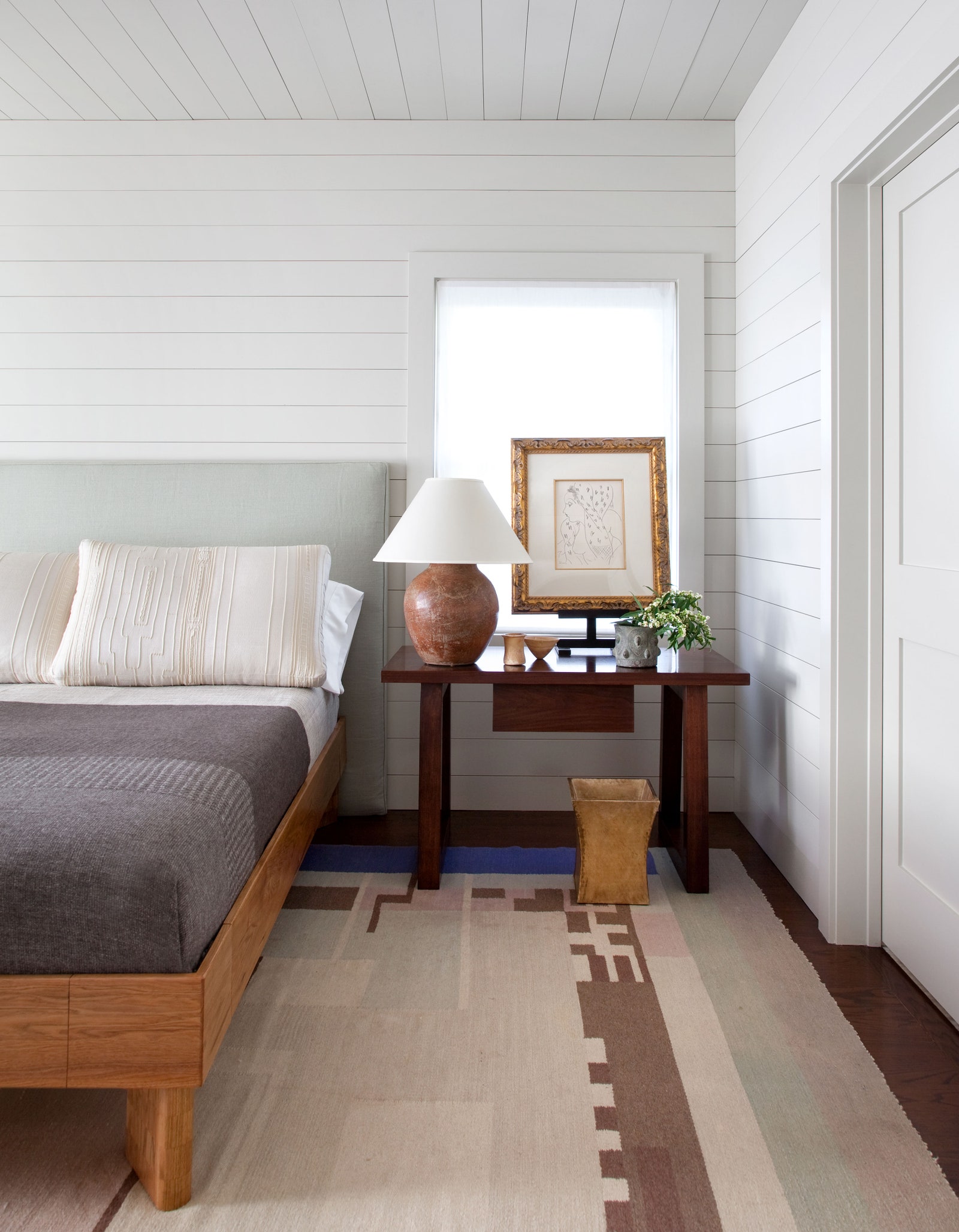 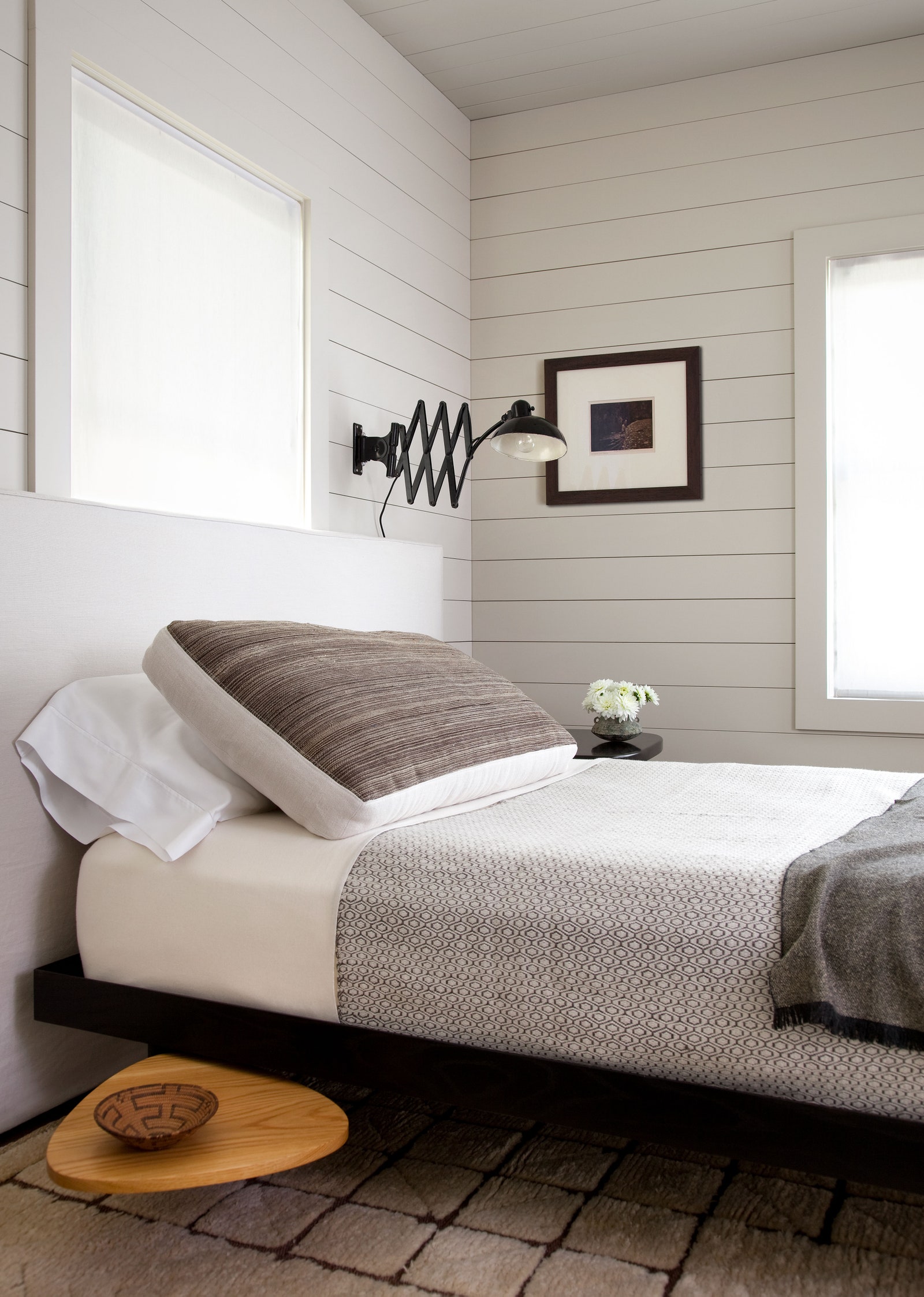 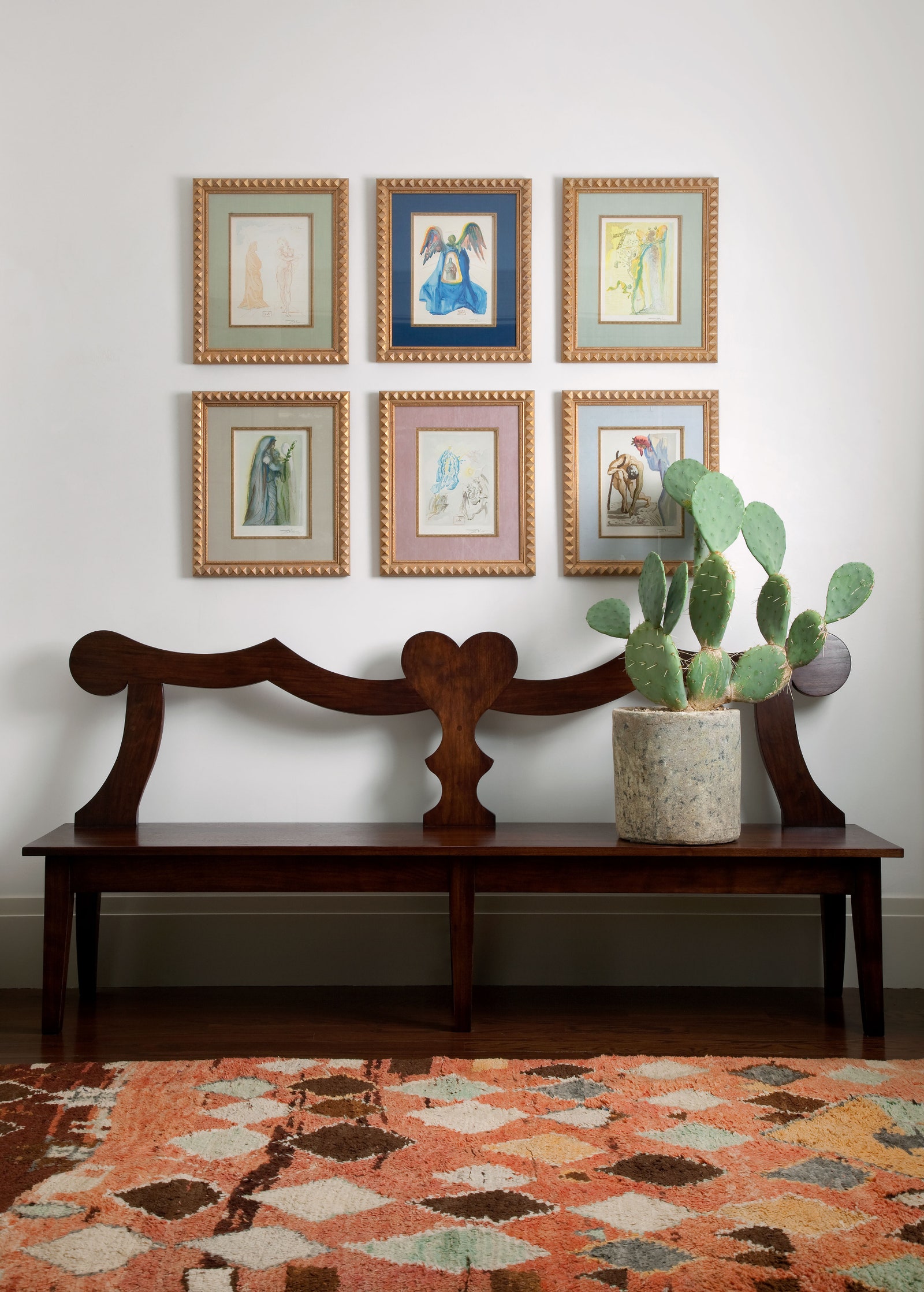 “Everything is in proportion. Everything has clear, elegant lines. When I come in the front door, I let out a sigh of relief,” Herzele says of her reimagined home. “The construction lasted nearly two years, but I can’t imagine a happier remodel. I think Juniper and I made a pretty great team,” she adds. “This project took much longer than one of my professional jobs. It felt like something completely different, something special,” Tedhams concludes. “So many of the art pieces, pottery, and vintage furniture came from my personal collection or from friends of mine. A major project like this is almost always accompanied by a lot of stress. But doing this house has been the best thing for my relationship with my mom. It only brought us closer.”

This article first appeared in AD US