What is Pattachitra Painting?

Patachitra or Pattachitra is a general term for traditional, cloth-based scroll painting, based in the eastern Indian states of Odisha and West Bengal. Patachitra artform is known for its intricate details as well as mythological narratives and folktales inscribed in it. Pattachitra is one of the ancient artworks of Odisha, originally created for ritual use and as souvenirs for pilgrims to Puri, as well as other temples in Odisha. Patachitras are a component of an ancient Bengali narrative art, originally serving as a visual device during the performance of a song.

Making the patta is the first thing that comes in the agenda, and the painters, also called chitrakars, go about their work in preparing a tamarind paste, which is made by soaking tamarind seeds in water for three days. The seeds are later pounded with a crusher, mixed with water, and heated in an earthen pot to turn it to a paste, which is called niryas kalpa. The paste is then used to hold two pieces of cloth together with it, and coated with a powder of soft clay stone a couple of times till it becomes firm. Soon as the cloth becomes dry, the final touch of polishing it with a rough stone and then a smooth stone or wood is given, until the surface becomes smooth and leathery, and is all ready as a canvas to be painted on. 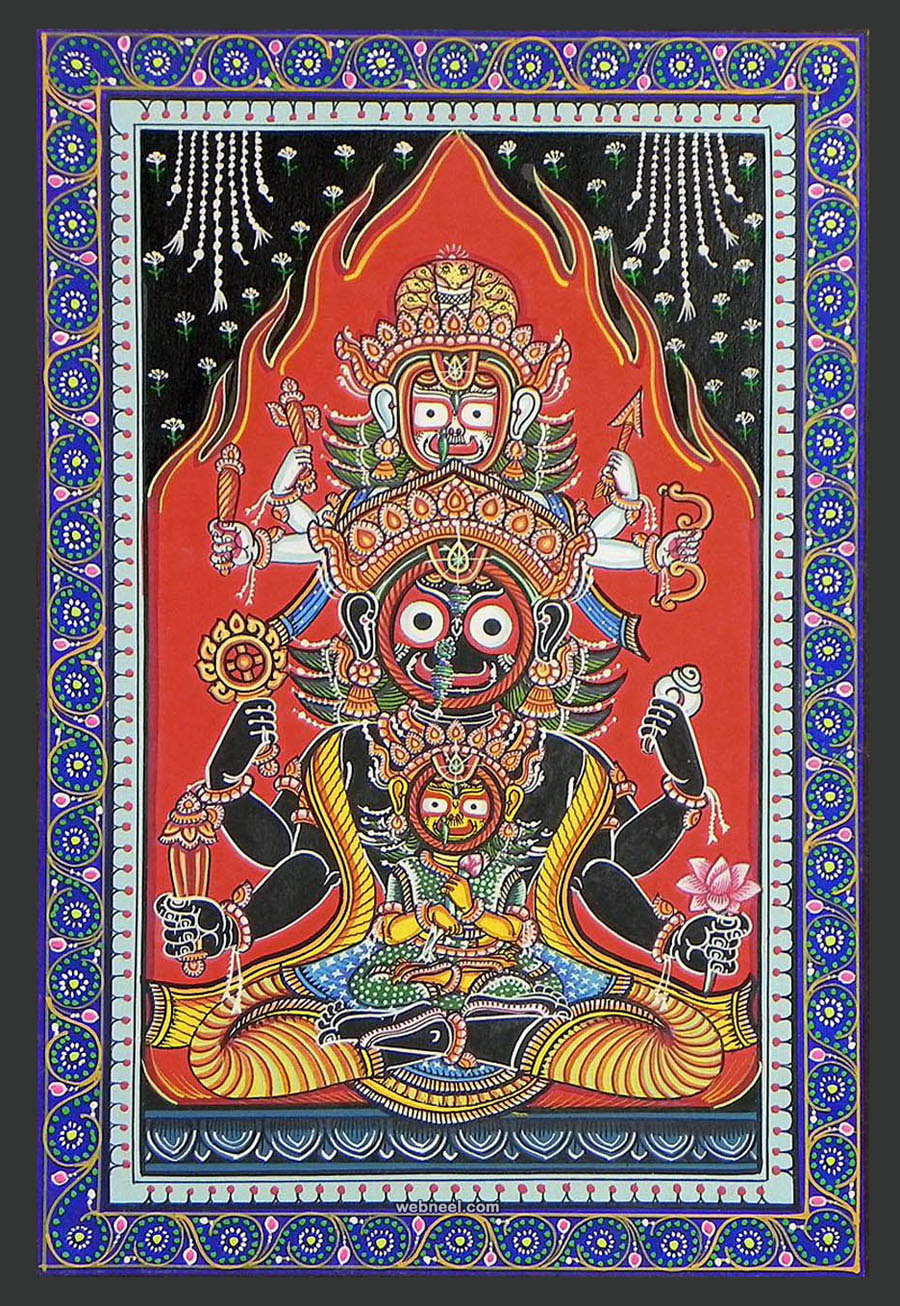 Preparing the paints is perhaps the most important part of the creation of Pattachitra, engaging the craftsmanship of the chitrakars in using naturally available raw materials to bring about indigenous paints. The gum of the kaitha tree is the chief ingredient, and is used as a base for making different pigments, on which diverse raw materials are mixed for diverse colours. Powdered conch shells, for instance, are used for making a white pigment, while lamp soot is used for a black pigment. The root of the keya plant is usually used for making the common brush, while mouse hair is used on the requirement of finer brushes, to be attached to wooden handles.